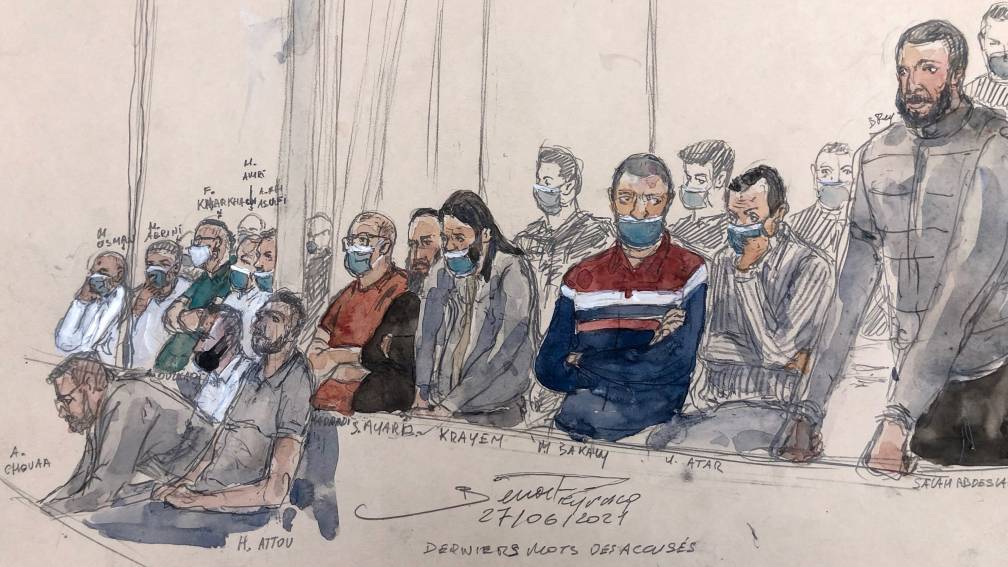 Salah Abdeslam has been sentenced to life without parole for the Paris attacks in 2015. He and 18 others have been found guilty of the terror attacks. The sentences of the others will be determined later this evening by the court in Paris.

Abdeslam is guilty of murder, the presiding judge, Jean-Louis Périès, said. He is the only one of the ten perpetrators who survived. The others blew themselves up or were shot. Abdeslam said he walked into a cafe with his bomb vest, but decided not to blow himself up “out of humanity”. Justice disputed that: the bomb vest would have been defective. The court adopts the prosecutors’ reading.

130 people were killed in the attacks on November 13, 2015. Terrorists attacked the Stade de France football stadium, then fired their weapons at cafe terraces and entered Bataclan with bomb vests and Kalashnikov’s concert hall. Most people died there: 89. The attacks were claimed by Islamic State (IS).

We previously made this look back at the attacks in Paris:

Six IS attacks in one night in Paris shock the world

Abdeslam was arrested in Belgium in March 2016. Belgian prosecutors also suspect him of involvement in the Brussels attacks, four days after his arrest. He was extradited to France, but has already been sentenced in Belgium to 20 years in prison for a shooting that injured three police officers.

The nineteen suspects who are on trial next to Abdeslam are said to have helped with, for example, offering shelter or supplying weapons. Six people were tried in absentia, including five senior IS members believed to have died in Syria.

The mega-trial against the terror suspects lasted ten months. About 300 lawyers were involved, there was extreme security and the court itself was rebuilt at a cost of millions of euros, especially for this trial. About 500 people attend the verdict in court.