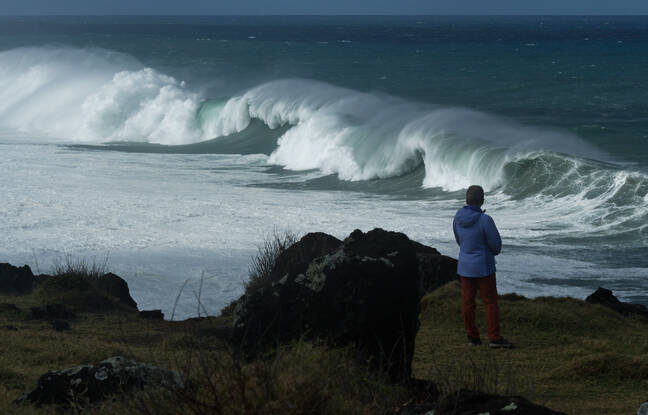 A 72-year-old woman and her 47-year-old son were hit by a wave on the coast of Etang-Salé, south-west of Reunion. The mother was killed instantly and the man is in a state of absolute emergency, the emergency services said.

The two victims “were carried away after having crossed a perimeter prohibited by municipal decree”, indicated the Prefecture which decreed the vigilance « vague submersion ». She asks Reunionese not to approach the edge of the water and not to take any risks to take photos or videos of the waves.

Waves up to 12 meters high

Several municipalities on the south and south-west coast of this island in the Indian Ocean have banned traffic by the sea and nautical activities due to this episode of strong swells, usual during the austral winter. Significant damage was observed in several homes by the sea in Saint-Louis, a town in the south of the island. The police evacuated several residents.

The waves of 6 meters on average, with peaks reaching 12 meters, also caused a lot of material damage on the roads of the west and south coast. According to Météo-France, the swell episode should continue at least until late Wednesday afternoon.

Jitske lives and works in the French Alps: ‘This is an outdoor sports paradise’ | NOW