A devastating image of Trump: the explosive testimony of a former White House aide on the assault on Capitol Hill

The congressional committee investigating the attack on Capitol Hill on January 6 was missing a key piece of the puzzle: the testimony of someone offering a first-person account of the situation at the White House in the hours before and during the attack.

This Tuesday, Cassidy Hutchinsona former aide to the former White House chief of staff, Mark Meadowsfilled in the blanks.

His testimony has painted a devastating image about the former president Donald Trump.

The woman accuses the former president of grabbing the wheel of the car in which he was traveling and fighting a Secret Service agent in an attempt to divert his security motorcade to Congress, where his co-religionists were leading an insurrection.

Trump, in his new self-managed social network, has denied the facts.

In this note we present the key revelations of Hutchinson’s testimony.

They ignored the threat of violence

Very early in the process, the committee went to great lengths to establish that the White House and the president himself knew there was a threat of violence on January 6, but did nothing to stop it.

Hutchinson maintained that Meadows, the chief of staff, told him that things “could get really, really baddays before the attack happened.

During the hearing, he also noted that White House agents were warned about possible violence.

In addition, Trump personally knew that the members who attended his rally prior to the havoc in Congress were armed, because the Secret Service blocked their way. 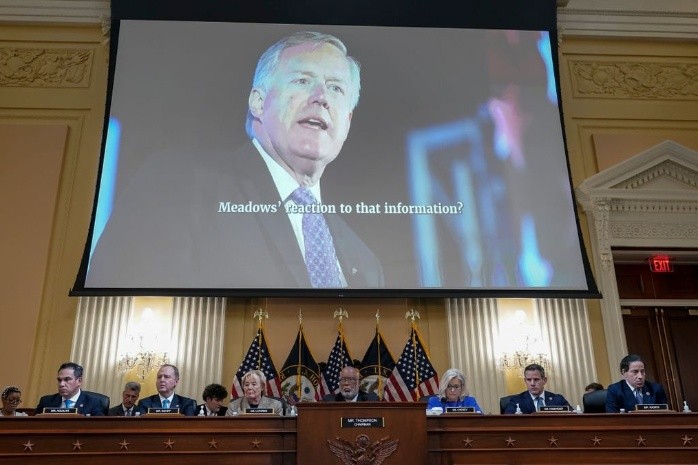 Despite the weapons, the president exhorted them to continue towards the Capitol.

“I don’t mind [improperio] that they have weapons. They’re not here to hurt me,” Hutchinson said he heard the president say. “Let my people in. They can march to the Capitol from here.”

However, Hutchinson’s strongest accounts are secondhand.

Before US lawmakers, the former aide alleged that a White House official told her that the president insisted on addressing the Capitol after his speech.

When he learned that his security motorcade was returning to his residence, he attempted to grab the steering wheel and struggled with a Secret Service agent.

“I am the [improperio] president,” Trump said, according to Hutchinson. “Take me to the Capitol now.”

But a source close to the Secret Service told CBS News that both the agent and the driver who was in the car with Trump are willing to testify under oath that the former president did not attack physically to any of them and never tried to grab the wheel.

Hutchinson also indicated that the former president showed approval of the demands of the attackers of Congress to “hang” the former vice president Mike Pence.

“He doesn’t think they’re doing anything wrong,” he added. 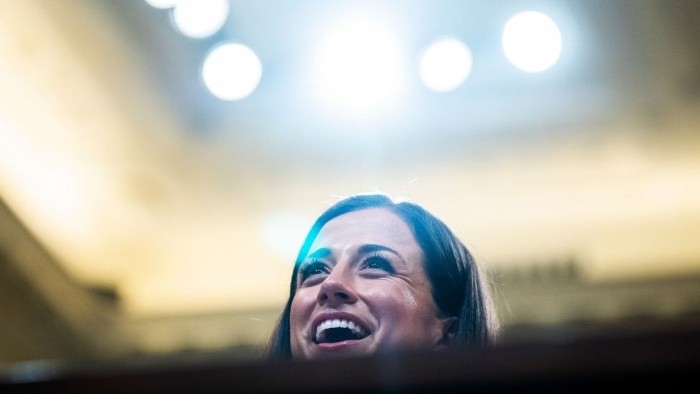 In a court of law, evidence from Tuesday’s hearing would be considered hearsay and treated with skepticism.

In the congressional courtroom, however, they were explosive.

Committee members will use the testimony to pressure senior Trump officials who have so far refused to speak, such as top White House counsel Pat Cipollone.

Hutchinson, a 25-year-old woman who was a White House college intern four years ago, managed Tuesday to withstand pressure from the committee, a group that announced her testimony in a surprising way.

She responded to questions in a calm, methodical voice, and was punctilious when she recounted the circumstances under which she obtained the information.

The committee made sure to show how Hutchinson’s office was just a few doors from the President’s Oval Office and how she controlled access to the Meadows office.

By doing so, they sought to demonstrate that he was in a privileged position to witness and, on occasion, overhear conversations between key figures in the run-up to the attacks on the Capitol.

His meticulous collection of events and accounts suggests that he may have kept a record of events during his time as assistant to the chief of staff.

The woman has an electronic log of text messages and emails that support her claims.

Trump took to his social media platform to try to undermine the allegations.

Some of his expressions were very typical of the former president. He commented that he doesn’t know Hutchinson, but that he has heard “very negative” things about her.

He called her a fraud and a “leaker” and suggested she was bitter that he didn’t give her a job after leaving the White House. 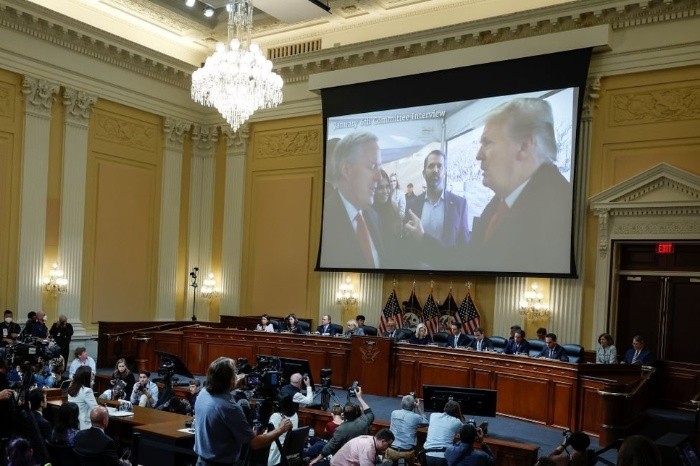 She also denied many of the scenarios described by her, and once again noted that she said in her speech prior to the attacks that the crowd should march to the Capitol.”peaceably“.

It is always an open question whether negative stories about Trump’s behavior will affect his popularity with his supporters.

Tuesday’s testimony and the previous five hearings may remind some Republicans of the chaos that often swirled around Trump’s presidency.

And that while he had some accomplishments among Conservatives while in office, his party also lost both houses of Congress and the White House upon his departure.

With a potential 2024 opponent, Florida Gov. Ron DeSantis, rising in head-to-head polls against Trump, these hearings may have done real damage to the former president’s political power.