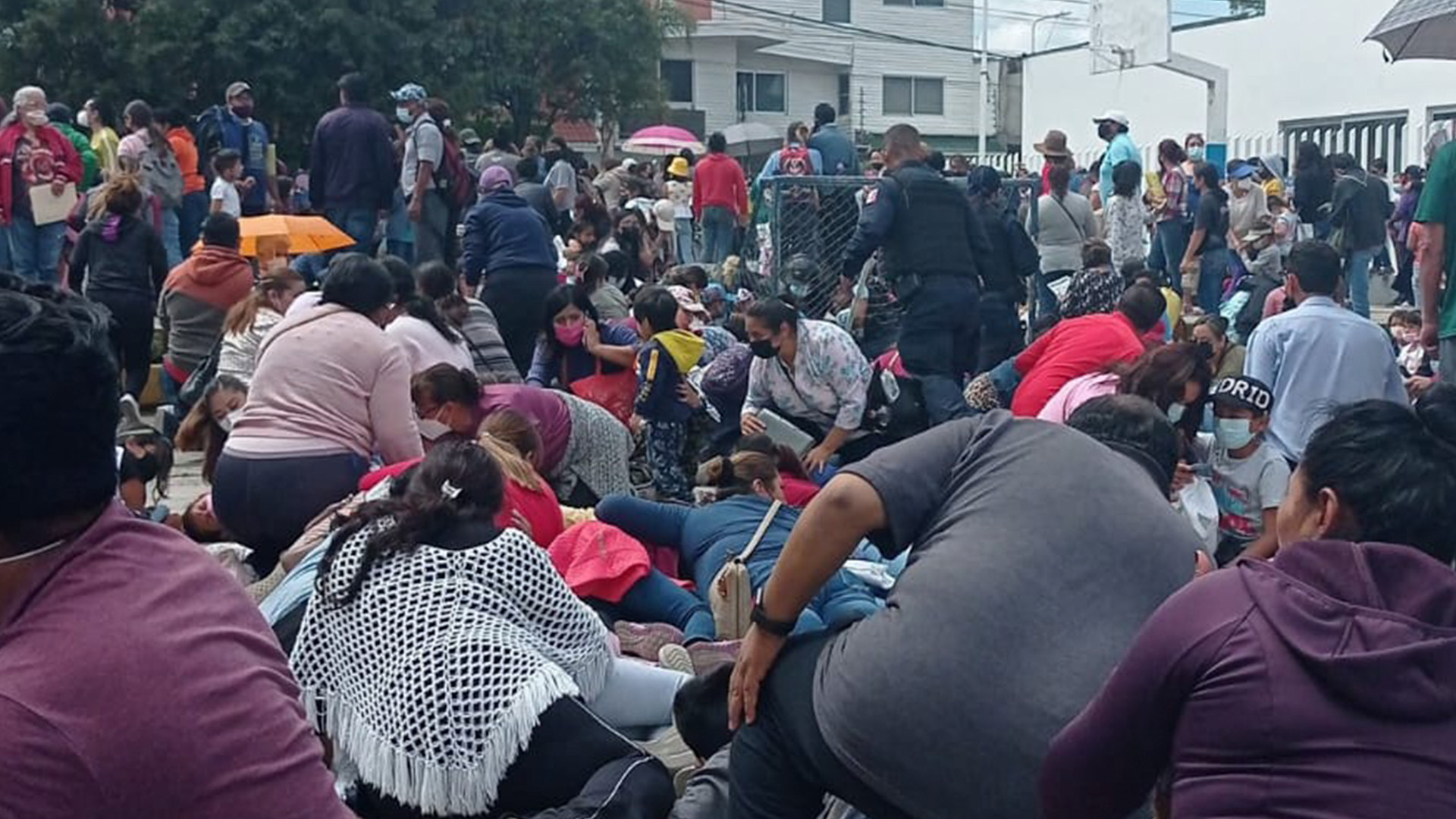 A COVID vaccination center for children recorded a strong shooting at its facilities. The first reports according to the Ministry of Citizen Security, reported a total of 4 injured; two adults and two minors between 9 and 10 years old.

“Regarding the report for aggressions in the Francisco I. Madero Health Center where the vaccination day was held, aid bodies attend to the injured and an operation is set up to find those responsible. Allow the work of the elements”, published the dependency through its official Twitter account.

This property is located in the Francisco I. Madero Health Center in Puebla, which served as the headquarters for the anti-COVID-19 vaccination campaign for minors between 5 and 11 years of age. Same as it was starting, because the official dates for the application of the dose to minors were from June 28 to 30. At the moment the vaccination day corresponding to this health center has been suspended.

When the detonations from firearms began, the people who were lining up panicked and ran, while others threw themselves to the ground to cover a stray bullet.

Shooting breaks out at a vaccination center in Puebla.

The same assistants to the vaccination campaign point out that the attackers were traveling on a motorcycle and shot at least five times directly against a man of approximately 35 years of age, who was taking his son to receive his corresponding dose.

Which indicates that the other victims simply touched them because they were close to that person, whom those subjects were supposedly chasing.

The municipal police have already started the investigation of the subjects who fled on the motorcycle. While Puebla Civil Protection also immediately arrived at the site to attend to the injured. One of the victims is a girl who has already been taken to the hospital by ambulance.

Shootouts are the order of the day in Mexico, since just on June 26 an incident involving firearms was reported in Cuernavaca, Morelos. When residents denounced firearm shots inside the Plaza Fórum in the capital of Morelos, a place where no deaths or injuries were reported; Authorities from the three levels of government mobilized to the site and surrounding areas to capture those responsible for the incident.

Little more than a month before the report of firearm detonations that occurred in the shopping center, one person died and seven more were injured after a shooting broke out at a popular dance in Cuernavaca. According to the first versions, the violent act occurred in the wee hours of the morning of May 15, when the celebration was about to end, since a fight allegedly arose between those attending the event.

And just on June 22, a gunfight between the capital police and alleged criminals in Union Tepito domains was recorded in Mexico City, which left three people injured, including two elements, as well as three alleged aggressors detained. .

There was a shooting in a commercial plaza in CuernavacaHorror on the border: 50 immigrants died in a truck in San Antonio, TexasA tragic accident in Chihuahua caused the death of 4 day laborers and a minor from the LeBarón family