“The cannibal of Atizapán”: the largest serial femicide in Mexico whose case reaches television

The femicide for which Andrés Filomeno Mendoza Celis fell was not that of a random victim.

The 72-year-old man, a resident of a neighborhood in the municipality of Atizapannorth of Mexico City, knew well Reyna Gonzalez Amador, a 34-year-old woman whom he occasionally helped in her business and with whom he even shared his family parties.

That is why on May 14, 2021, it seemed normal for González to tell her husband that she would go with Mendoza to the center of the city to restock products for her cell phone store.

But that day the woman disappeared.

Her husband, Bruno Angel Portilloa municipal police chief in the State of Mexico, began a desperate search that began with an unsuccessful interrogation of Mendoza.

He then took on the task of tracking the locations of his wife’s cell phone and reviewing public safety videos. The images led him to know that González was close to Mendoza’s home, but his last steps were not clear.

Determined to confront Mendoza again, he showed up at his home and, despite the man’s resistance and threats, Portillo entered the place and found a terrible scene: Gonzalez was “dead and dismembered.”

The horror of femicide would not end with the discovery of the 34-year-old woman. 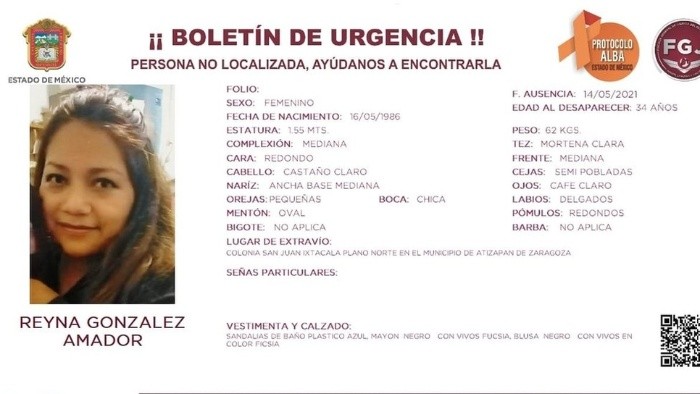 Mendoza had an underground room in which he had buried at least 17 women, a child and a man, according to research. Is he biggest serial femicide known to date in Mexico.

After being arrested, he even confessed that he had eaten meat from his victims, for which he was baptized “the cannibal of Atizapán”.

The case shook a country in which 10 femicides occur per day.

But it also motivated the lawyer and columnist Javier Tejado Dondé to produce a television miniseries called “Cannibal, Total Outrage”which opens this Monday.

“The number of femicides in the country and of missing women is so high that I’m tired of them becoming just another number in the statistics,” Tejada told the Efe news agency.

Surprisingly, the production is sponsored by the Supreme Court of Justice of the Nation (SCJN)who hopes that this “changes the conscience” of the country about femicide.

Mendoza Celis, originally from the state of Oaxaca, arrived in the country’s capital in the 1980s.

It is known that in the past he ran a butcher shop in Atizapán, but in recent years he was better known for his neighborhood political activismpromoting the improvement of the neighborhood and social programs.

That is why the residents of his street have told the press that “el Chino”, as they called him, was “good people”, someone cordial and willing to help others. 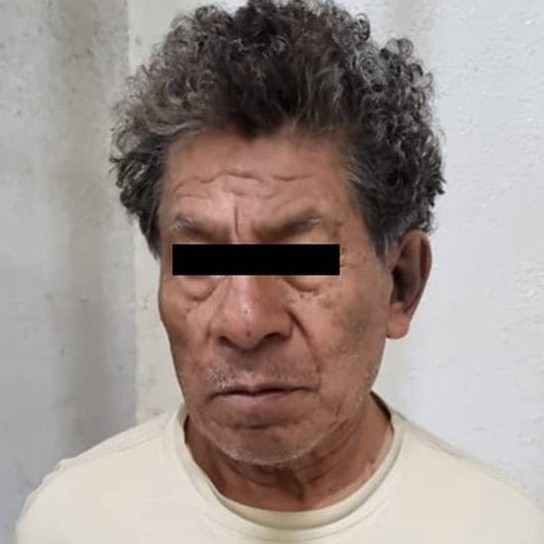 Mendoza was a butcher in the past. FGJEM

However, inside his house, there was a sinister reality.

After his capture, investigations by the State of Mexico Prosecutor’s Office have determined that Mendoza committed his femicides in the last three decades.

With tricks or by force, he took women to his home to take their lives. It is not known if he committed sexual violence, but it is known that dismembered the corpses and buried them under the floor of an underground room of your home.

It was a space that was located just below his bedroom.

“He was someone who for more than three decades was killing women with total impunity, a very cruel person who knew how to deceive many people for a long time,” according to Tejada. 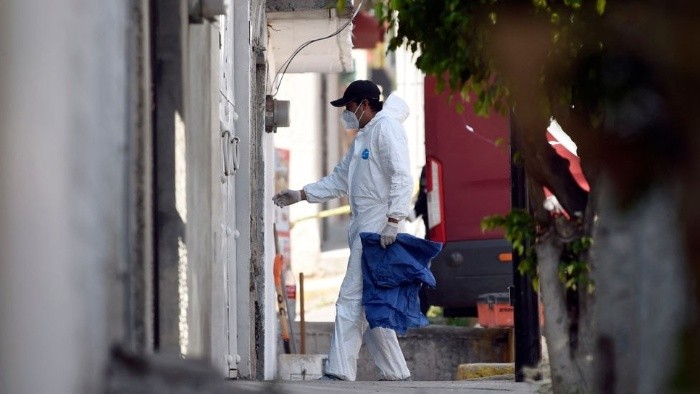 It is known that he frequented bars where he tried to seduce women and paid for their company. Rejection, due to his age or his appearance, he took very badly and then acted in a kind of “revenge”.

He had also lured some women to his home by posing as facilitator of social programs, so he convinced several victims to accompany him.

The Prosecutor’s Office of the State of Mexico reported this Monday that in total they have collected 4 thousand 600 bone remains in the house of Mendoza, corresponding to 17 women and two men, one of them a minor.

“One regrets, but already too late”

The man had a notebook in which he detailed the characteristics of the women. There were various identifications and belongings of them, as well as dozens of snapshots and videos of their crimes. 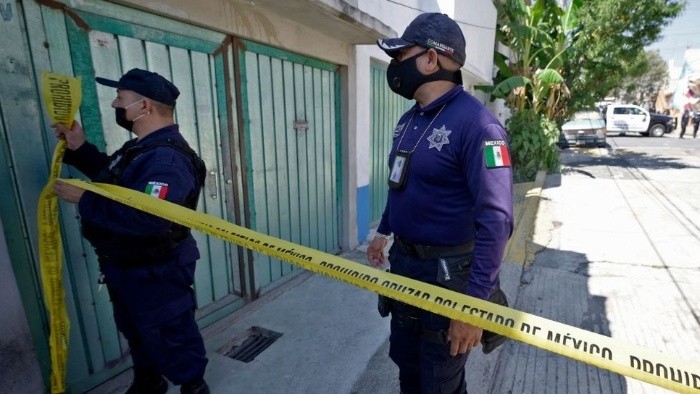 Neighbors say they did not suspect anything bad about Mendoza, who was arrested almost red-handed. GETTY IMAGES

Mendoza, who was interviewed for the documentary series produced by Tejado, spoke to the press in 2021: “The things that have already been done must be put up with,” he told the Multimedios network.

“Nothing can be remedied, and what has already been done is nothing more to be put up with. One regrets, but it’s already too late.”

The femicide received a sentence of life imprisonment earlier this year for the murder of González. But other investigations of the women who have been able to be identified still weigh on him.

Tejada explained that he first thought of writing a book about this case, but later he thought that making a documentary could generate more awareness about femicides in the country.

“I took the journalistic investigation to the president of the SCJN and told him that the Supreme Court under his mandate was an institution that was being very progressive and embracing many women’s rights in Mexico (…) but that it was useless if the women kept killing them as they are killing them,” Tejada told Efe.

In an unprecedented way, the series received the support of the highest court in the country -which has its own television channel- and presents the testimonies of the families of the victims and those who participated in the investigation.

The president of the SCJN, Arturo Zaldivar, said in a message on Twitter that the production “will change consciousness about femicide in Mexico.”

“It invites us to reflect deeply on the collective tragedy of femicides in Mexico and to form an alliance of all and all to reverse this unfortunate situation.”