A turbine of an Aeroméxico airline plane caught fire while taking off at the Guadalajara Airport. The flight was destined for the city of Chicago.

C5 coordination staff in Zapopan reported that the aircraft took off shortly before 08:00, but had to return 13 minutes later due to the turbine fire. 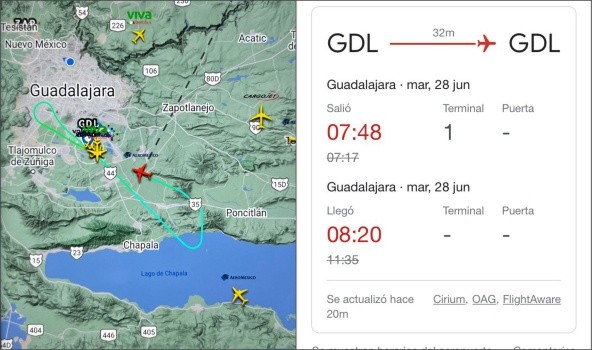 Personnel from the same Guadalajara International Airport took charge and controlled the fire. They reported that no people were injured, only material damage.

Despite the mishap, operations at the airport were not suspended, and the situation is now under control.