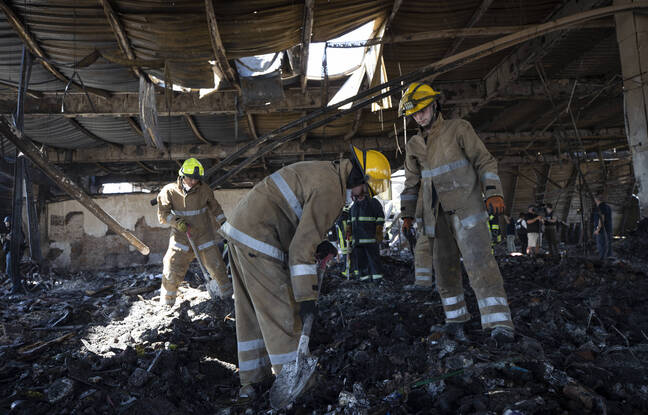 In the aftermath of the destruction of a shopping center in Kremenchuk, an attack attributed to the Russian army by Ukrainian President Volodymyr Zelensky, the Russian Ministry of Defense responded, saying that the Amstor shopping center was not “functional” on Monday , or that the city station had also been hit. Internet users were also surprised to see few cars in the parking lot, while the Ukrainian president had indicated that there were 1,000 people in the center. This figure, however, corresponded to attendance before the air alert, people were able to leave the center when it sounded. 20 Minutes reviewed these claims:

Why were there few cars in the parking lot?

Videos relayed by the Telegram channel Ukraïna 24 show well a few vehicles still parked when the emergency services intervened. However, not all visitors to this center had to drive there: the shopping center is located in the center of Kremenchuk, 450 meters from the train station and 750 meters from the bus station. The center website noted that three transport stops are nearby.

The mall was “out of order”.

That’s whatasserted Russian Defense Minister. However, several clues show that the center was indeed open to customers. The Facebook page of the Astmor chain still indicated promotions in the mall in February. A men’s clothing store in the center regularly posts new arrivals or promotions on Instagram. Their last post traced back at one week.

As for the supermarket present in the center, which is part of the Silpo chain, it is not indicated as closed on the brand’s website. Silpo’s press service has also condemned the attack, indicating that six store employees are hospitalized. An employee of Comfy, a household appliance store also present in the center, lost his life, said on Tuesday morning the channel on its Facebook page. Five others are hospitalized “in stable condition”. Nine people also disappeared, adds Comfy, without specifying whether they are customers or employees.

25 people were hospitalized following the attack, has indicated the director of one of the city’s hospitals at the Ukrainian site Rubryka.

Why would a shopping center have been opened when Ukraine is at war, some Internet users are also surprised? As reminds him the correspondent of the American channel ABC, James Longman, who went there, the city of Kremenchuk is not on the front line: “Many cities in Ukraine are functioning normally, especially those that are far from the line head on. These people [qui étaient dans le centre commercial] had no reason to expect a strike. »

The factory behind the mall contained military items.

If factory workers have participated At the repair of three armored vehicles of the Ukrainian army in 2014, there is no official evidence that the factory houses military elements. The Kredmach factory has not produced military equipment since 1989, has indicated Nikolai Danileiko, Chairman of the Factory Supervisory Board, to Ukrainian journalists guests to visit the bombed site on Tuesday. The plant, whose beginnings date back to 1870, produces asphalt and road equipment.

The station, a strategic objective, was successfully hit

On Tuesday, the Russian authorities broadcast an infographic indicating that the train station near the shopping center was also hit. However, satellite images dated this Tuesday and relayed by the Bellingcat investigation site don’t show damage to the station site.

Encarnación de Díaz: Reported shooting between criminals in the municipality

Turkey and Israel seal reconciliation after years of estrangement