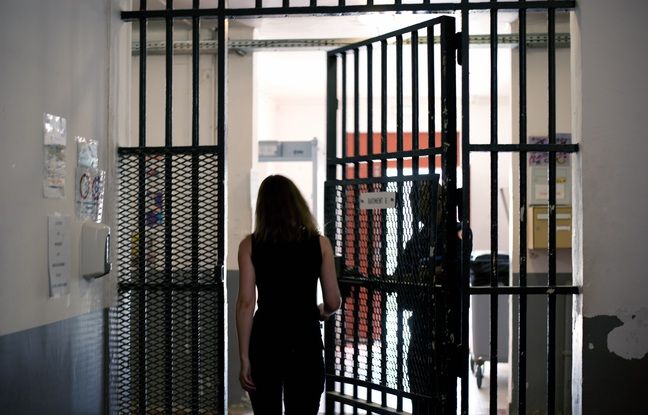 It was once 300 m² offices, in the heart of the women’s district, in this historic site of Baumettes, of which everything has disappeared, except for these few buildings. In October, behind these four walls surrounded by barbed wire, a site unique in France will open: the first restaurant in a prison environment, accessible to the public, and managed by the inmates of the famous Marseille prison. Every lunchtime, from Monday to Friday, 44 people on two services will be able to come and taste the bistronomic dishes prepared at the “Beaux Mets”, under the aegis of chef Sandrine Sollier, who has notably worked at Passédat.

However, you will have to show your credentials before licking your chops: the prison administration will check the criminal record of future customers at the time of booking before opening the doors of the establishment. It will also be necessary to leave mobile phones and coins at the entrance, and thus comply with the very specific rules of the prison world, for the time of a lunch where alcohol is prohibited. “We want to open up to the public who often, through ignorance, have an image of prison that does not correspond to reality, believes Christine Charbonnier, general secretary of the interregional management of prison services in Marseille. We want to deconstruct the image that civil society may have of detainees. A prisoner can evolve and the objective that we have is that he finds a place in society upon release. »

“Cooking allows people to be valued”

It was after visiting restaurants run by inmates, notably in Milan and London, that the prison administration wanted to try the experiment in the Baumettes enclosure. After a first ephemeral restaurant in Coco Velten, a partnership was established with the Festin association, to set up an integration project within the support structure for leaving Baumettes, the first of its kind in France. This structure accommodates in 40 cells 80 detainees at the end of their sentence, and whose release is planned in the coming months.

“A restaurant allows you to acquire certain social skills,” notes Christine Charbonnier. It is always useful to know how to cook. It also helps to learn rules of hygiene, group work and hierarchy. This finally makes it possible to approach through customer contact a way of communicating as fluidly as possible. »

On the menu, Mediterranean cuisine

“Cooking allows people to be valued,” rejoices Armand Hurault, director of the association. It also allows you to learn skills in a sector that is under high pressure, especially in a tourist region like ours. And then, gastronomy is something that carries and inspires. You see it through TV shows. »

In all, about forty prisoners each year will frequent the restaurant, and will occupy all the positions, from the dishwashing to the service, passing, of course, by the kitchen. The detainees will be supervised by three catering professionals, as well as a professional integration counsellor. On the menu: Mediterranean cuisine, embellished with herbs and other condiments grown in the Baumettes vegetable garden. “We are planning a lot of fish, promises Sandrine Sollier. We are thinking in particular of a carpaccio of scallops and pomegranate, fillet of John Dory, or even a crunchy poppy seed. Working fine fish allows you to learn patience. The first customers will be welcomed in October.

Jalisco Congress: Let’s do insists on fighting for the presidency of the Board of Directors