Hocus pocus 2 (2022) finally got a release date. Bette Midler, Sarah Jessica Parker and Kathy Najimy will return to Disney+ this September in the sequel to Hocus Pocus (1993). The first teaser is now also available.

Nearly thirty years after the original, the three witches from Hocus Pocus are accidentally freed by three young women. Now in modern-day Salem, the women must stop the child-hungry Sanderson Sisters.

Hocus Pocus is now available on Disney+. From September 30th Hocus Pocus 2 can also be viewed there. For a complete overview of all the new movies and series coming soon to the streaming service, please visit our Soon on Disney+ page. 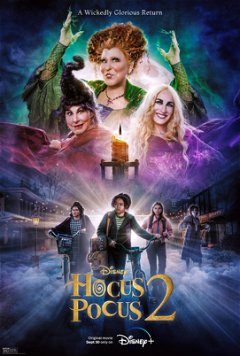 Watch Disney+ • In this sequel to ‘Hocus Pocus’ (1993), a trio of young women accidentally awaken the three witches from their sleep.