“Atlético Nacional is the biggest in Colombia, it’s my club”: Martín Liberman 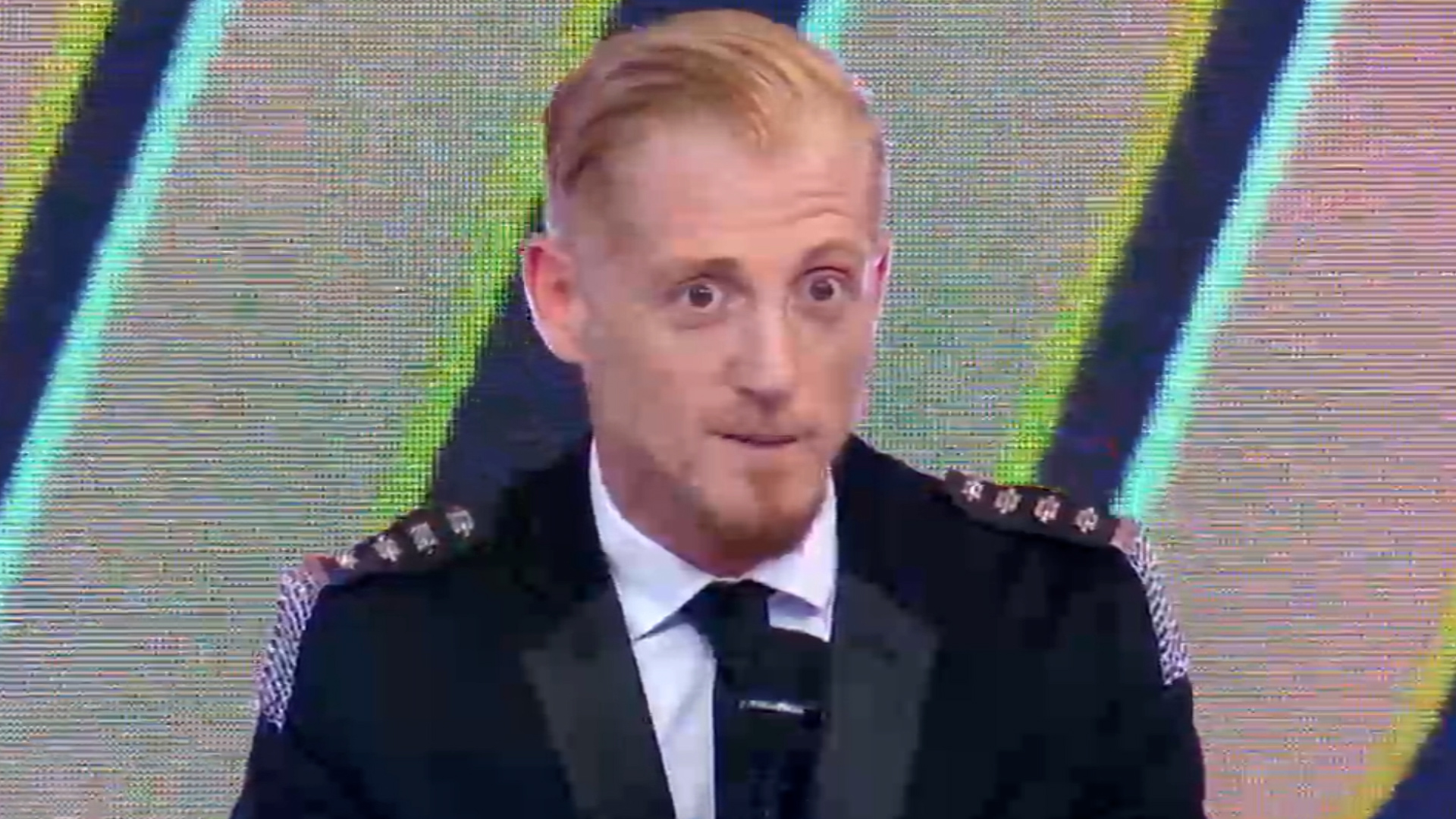 The repercussions continue for the championship won by Atlético Nacional, last Sunday, which reached 17 league titles, increasing the advantage over Millonarios and América de Cali, who are their closest pursuers and who will have to work hard in the next tournament to close the gap with the so-called King of Cups from Colombia.

With an aggregate of 4-3, those led by Hernán Darío Herrera made the Olympic lap at the Manuel Murillo Toro, the temple of Deportes Tolima that could not maintain its paternity over Nacional in recent years and just as it happened at the end of 2021, he was left empty-handed when he fell to Deportivo Cali and still does not celebrate a star in front of his audience.

Despite losing in the ninety minutes of the second leg, Atlético Nacional proclaimed champion in Ibagué thanks to the goal achieved in the epilogue of the match by Jarlan Barrera, who celebrated wildly the goal that ended the paisa fast that had been five years without being league champion.

It is no secret to anyone that in addition to being the most successful team in the country, the Purslane It boasts great international recognition thanks to its consecrations in the Copa Libertadores in 1989 and 2016.

It may interest you: Flamengo, with positive cases for covid-19 prior to the duel against Tolima for Copa Libertadores

The controversial Argentine journalist, Martín Liberman did not miss the opportunity to talk about Atlético Nacional’s title in the BetPlay Dimayor League against Deportes Tolima. It should be remembered that more than once the renowned communicator has declared himself a follower of the eleventh Antioquia.

During the broadcast of the program Debate F which is broadcast every Sunday to the south of the continent by the television network ESPNthe Colorado He took the opportunity to express his satisfaction for the 17th star of Atlético Nacional in Colombian soccer. “Atlético Nacional is the biggest in Colombia, it’s my club, I’m happy.”

In the same way, Liberman exalted that he has followed Nacional since he was integrated by references of coffee football such as Mauricio boy Serna and Juan Pablo Ángel, who later knew how to shine with the shirts of Boca Juniors and River Plate respectively.

“It makes me very happy, since the time of “Chicho” Serna and Juan Pablo Ángel, I am a follower of Nacional de Medellín, it makes me very happy that they are champions. I send greetings to everyone in Medellin, I have many friends who are fans of this club. What good players he has had in his history”.

One of the most outstanding players in the final was the goalkeeper Kevin Mier, who in the 52nd minute saved Daniel Cataño from a penalty which changed the course of the game, since the midfielder Pijao saw a straight red for a hard tackle on the 22-year-old goalkeeper.

Mier’s performance was praised by another gaucho journalist from Directv, Pablo Giralt, through his official Twitter account: “Here is one of the great people responsible for the title of @nacionaloficial KEVIN MIER.” 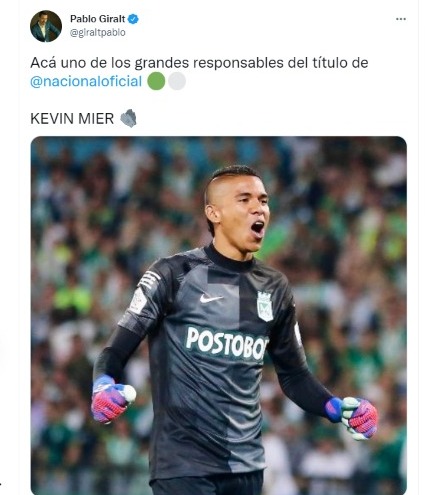 From Argentina they highlighted the performance of Mier. Taken from @giraltpablo

This was Giralt’s reaction after the penalty saved by Kevin Mier to Daniel Cataño: GIANT KEVIN MIER! The Atlético Nacional goalkeeper saved a penalty from Cataño that would have put Deportes Tolima in front of the series. Brilliant about the 22-year-old. 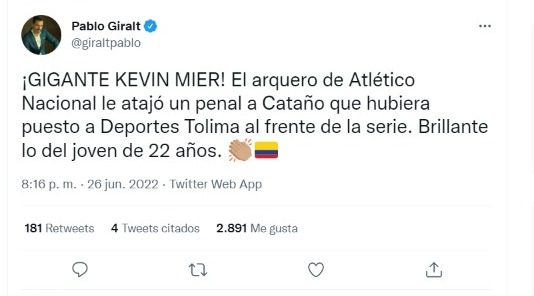 The 22-year-old goalkeeper was one of the figures in the match against Tolima. Taken from @giraltpablo

Once the game was over, the young goalkeeper from Nacional was satisfied with his first professional title against a rival who did not make things easy for them. “Football always gives you those beautiful things, soccer always gives you revenge and we had it today and we are champions”.