Ajax started the preparation on Tuesday with a 3-0 victory over SV Meppen, which comes out at the third level in Germany. Christian Rasmussen and Sontje Hansen (twice) scored the goals and thus gave the debuting head coach Alfred Schreuder the win.

Ajax entered the field of Quick’20 in Oldenzaal without the players who still played for their country after last season. Goalkeeper Maarten Stekelenburg did have a basic place, as did Mohamed Ihattaren and Sean Klaiber. The returned mercenaries Kik Pierie (FC Twente last season) and Lisandro Magallán (Anderlecht last season) formed the central duo.

The first goal of the game was scored by nineteen-year-old Danish striker Christian Rasmussen, who scored in the eighteenth minute after a combination through the center. In the 22nd and 35th minute, left winger Sontje Hansen took care of the 2-0 and 3-0. He scored that last goal after a nice assist with the heel of Naci Ünüvar.

Both in halftime and in the second half, Schreuder made frequent changes; no player completed the ninety minutes. Partly because of this, Ajax did not score anymore after the break, although it still hit the bar in injury time via youth player Jay Enem.

On Saturday 30 July, it will play the match for the Johan Cruijff Scale against cup winner PSV as national champion. A week later, the first match in the Eredivisie follows, when Ajax visits Fortuna Sittard.

Alfred Schreuder made his unofficial debut as head coach of Ajax on Tuesday evening. 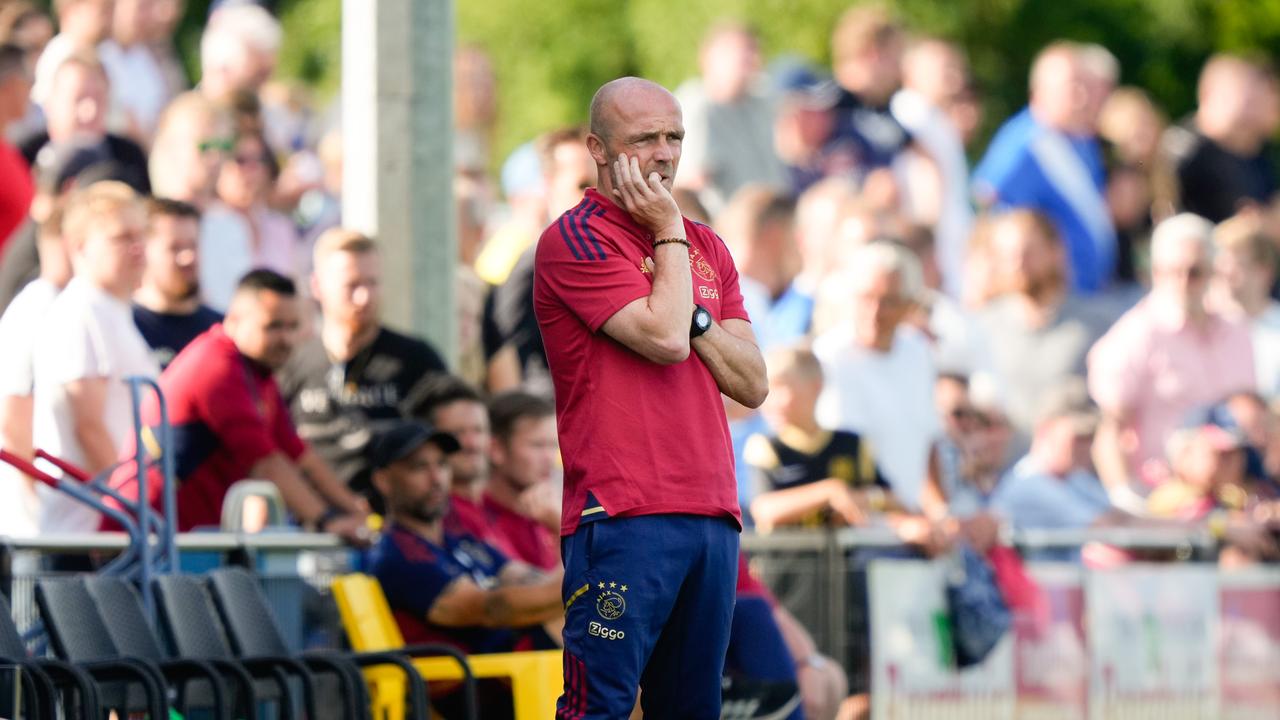 Alfred Schreuder made his unofficial debut as head coach of Ajax on Tuesday evening.