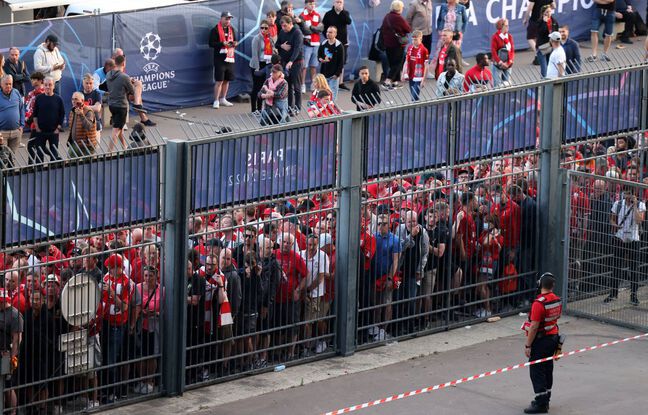 A month after the fiasco of the organization of the Champions League final, 80 complaints from English and Spanish supporters for theft and violence were recorded on Tuesday by the Bobigny prosecutor’s office. These complaints concern “essentially facts of simple or aggravated theft or violence”, specified the prosecution. The thefts (in particular of luxury watches) rather took place after the match, on the route between the Stade de France and public transport, according to a source familiar with the matter.

Complaints collected in the embassies of France and Spain

On June 10, the prosecution opened an investigation, entrusted to the Saint-Denis police station, for “thefts, aggravated thefts and aggravated violence” to collect complaints filed by supporters via a dedicated form available on the sites of the French embassies at UK and Spain.

The form is then sent by post to the public prosecutor of Bobigny, on which the Stade de France depends. Blockages at checkpoints, insufficiently monitored access, counterfeit tickets, intrusions… The prestigious Champions League final on May 28 at the Stade de France between Real Madrid and Liverpool turned into a fiasco during an evening where the malfunctions have accumulated.

Gérald Darmanin acknowledged Tuesday on RTL “a part of responsibility” in the security chaos of the sporting event, reiterating his “apologies” to the supporters “who suffered this mismanagement”. “If there is something that has gone wrong at the Stade de France, it is the fight against delinquency”, argued the minister who, on the evening of the final, had blamed Liverpool supporters came without a ticket or with counterfeit tickets.

Since May 30, two days after the match, the Bobigny prosecutor’s office has also been in charge of the investigation for “organized gang scam” on counterfeit tickets, opened following a report from the Paris police chief Didier Lallly. This was entrusted to the Brigade for the repression of astute delinquency (BRDA) of the Parisian judicial police.