The King of Cups returns! Atlético Nacional is crowned champion of the BetPlay League and adds a star 17 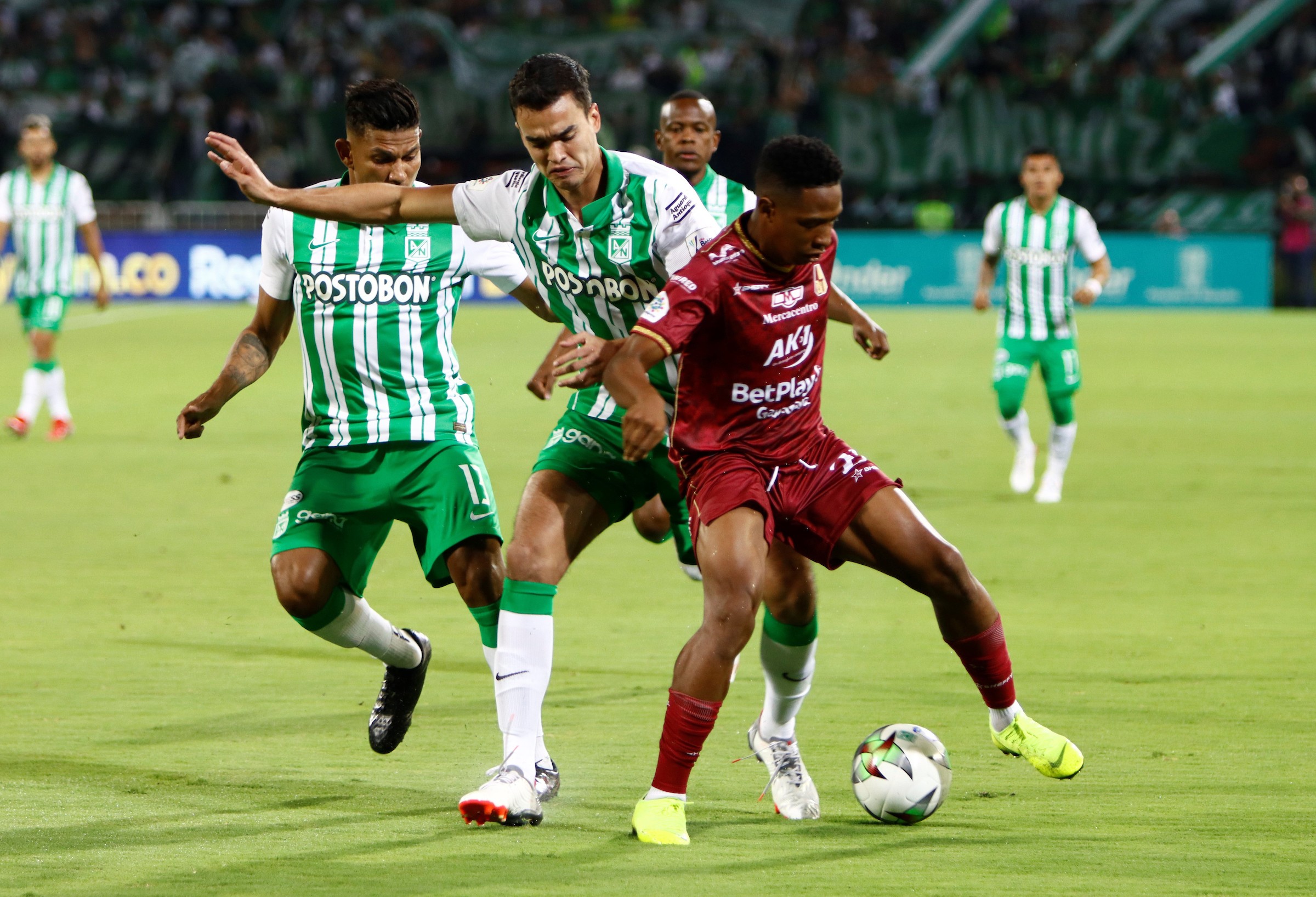 In the image, Alexánder Mejía and Felipe Aguilar chasing Andrés Ibargüen in the game between Atlético Nacional and Deportes Tolima at the Atanasio Girardot stadium in Medellín / (Colprensa)

In the long game there is revenge. The phrase falls like a glove to Atlético Nacional, who was crowned champion against his black beast of recent years, Deportes Tolima. Jarlan Barrera was the executioner of the Pijao in addition time after a corner kick.

With a spectacular setting at the Manuel Murillo Toro, Deportes Tolima jumped onto the pitch to equalize the series against Atlético Nacional after the 3-1 received at the Atanasio Girardot. As expected in the first few minutes, those led by Hernán Torres came out with full throttle, submitting the King of Cups that no matter what, he had to defend the two-goal advantage.

Tolima tried to reduce the distance with a mid-distance shot through Jonatan Marulanda that Kevin Mier stretched just in case at 6 minutes. At this point in the match, Nacional was defending itself with a knife between its teeth and the cracks in defense were beginning to become visible in the team of Muleteer Herrera.

The medium distance was the favorite weapon of the Vinotinto and Oro to hurt Nacional who could not find the ball. At 11 minutes into the game, the Chilean Rodrigo Ureña took a right hand that Kevin Mier cleared with his fists avoiding the fall of his portico.

So much goes the pitcher into the water that Deportes Tolima would find the first of the game at 18 minutes after a pass from Steven Lucumí to Junior Hernández on the left side that ended in the center, but the ball deflected in Emmanuel Olivera and Manuel Murillo Toro he burst with joy.

Junior Hernández crossed it, but the ball deflected into Emmanuel Olivera to put himself one goal away from penalties. Taken from Win Sports.

Only until the 27th minute, Nacional created danger over William Cuesta’s area, who for this match returned to Tolima’s ownership, after a combination by Jefferson Duque that crashed the ball into the post. Five minutes later La Fiera had another chance, but José Moya intercepted his shot and the ball went to the corner kick.

However, the misfortune of Nacional appeared Juan Fernando Caicedo to put Pijao in the final after a center from the right flank by Junior Hernández that the striker connected with a header to overcome the resistance of Kevin Mier.

The striker headed in to make it 3-3 on aggregate at the Manuel Murillo Toro. Taken from Win Sports.

For the second half, Hernán Darío Herrera sent Alexander Mejía to the pitch for John Duque and Yeison Guzmán for Andrés Andrade. However, at 48 minutes, Emmanuel Olivera committed an imprudence within the area on Luis Miranda that the match judge, Andrés José Rojas, sanctioned as the maximum penalty after reviewing the VAR.

The souls present at the Manuel Murillo Toro in Ibagué turned on their mobile phone cameras to record Daniel Cataño’s goal, who was in charge of executing from the twelve steps, but Kevin Mier’s save was recorded in his teams, who with his intervention kept Nacional in the match.

Again, the VAR was the protagonist after Andrés José Rojas decided to expel Daniel Cataño for a hard tackle on Kevin Mier who, at the time of rejecting the ball, was fouled by the ’10’ of Deportes Tolima who, before leaving the pitch, asked apologies to the Tolimense partial for leaving the team with one man less.

To take advantage of the extra man, the Muleteer He decided to send Gio Moreoo to the battlefield for Daniel Mantilla, which allowed Nacional to take possession of the ball and the first bell came in the 70th minute when they disallowed a goal by Dorlan Pabón for offside.

The green from Antioquia managed the times in the complementary stage, but it was not clear when it came to hurting Deportes Tolima, which was holding up the match well with 10 men waiting to take advantage of a counterattack to take the visitor badly.