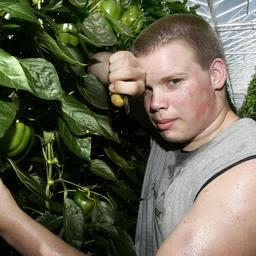 The hottest summer day in De Bilt is now an average of 4 degrees warmer than in 1900, according to new research by the KNMI. The global average temperature rose by 1.2 degrees over the same period. It fits into a global pattern where summer heat is increasing faster than climate models predicted.

The KNMI study shows that the hottest summer day has become no less than 3.3 degrees warmer for every degree of warming. What if that trend continues? Three years ago, a temperature of more than 40 degrees was measured in the Netherlands for the first time. With another 3 degrees of global warming in the Netherlands, would even summer temperatures of up to 50 degrees be possible?

We cannot make statements about the future on the basis of this research, climate researcher Sjoukje Philip of the KNMI told NU.nl. “That is firstly because this is an analysis of observations from the past. They officially only say something about that period.”

That would be different if the mechanism behind the magnification of summer heat was well understood. But according to Philip, that is a subject that still needs a lot of research.

Similarly, the climate community was shocked last summer, when a temperature reading of 50 degrees was measured in Canada – which was considered practically impossible by climate scientists.

“Climate models still underestimate the increase in such heat extremes,” says Philip. “This mainly plays out on a regional scale. For example, drying out of soils during a heat wave can lead to further temperature increases.”

The research was the last work of the influential climate researcher Geert Jan van Oldenborgh, who passed away last October. Philip, along with seven other co-authors, helped process the latest round of scientific commentary, and the study was published in industry journal Earth’s Future popped up.

The Netherlands under the influence of Mediterranean heat

NU.nl spoke to Van Oldenborgh two years ago about the rapid increase in summer heat in the Netherlands. He suspected that this was related, among other things, to the also greatly exaggerated warming of the Mediterranean.

Van Oldenborgh also managed to publish a study into the causes of the extreme heat wave in Canada, dating from July 2021. According to climate models, that Canadian heat could only occur once every thousand years, even in the current, already warmed climate.

“These extreme temperatures raise serious questions about whether we really understand how climate change is making heat waves hotter and more deadly,” Van Oldenborgh concluded at the time.

A year later, those questions have not been answered. But it is clear that the disproportionate increase in summer heat is one of the main effects of climate change. This year too, such heat came pretty close, when a temperature of 43.6 degrees was recorded in central France on June 18.