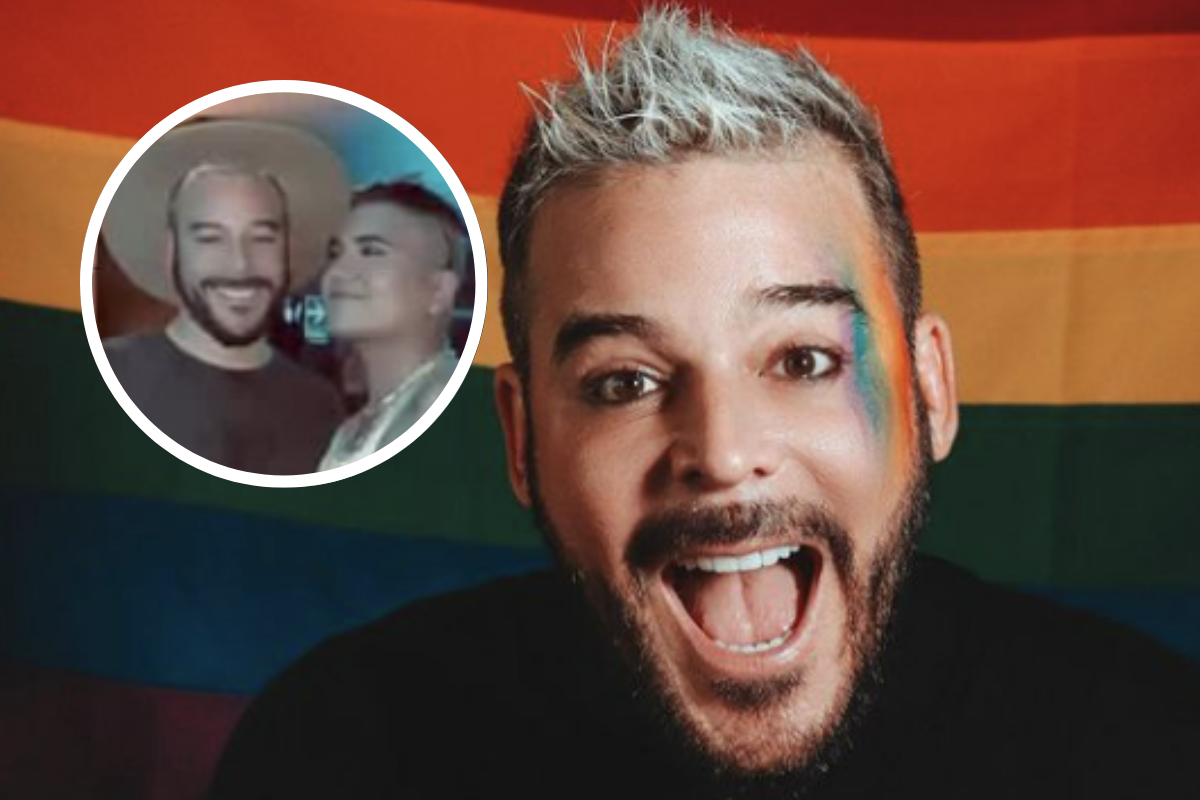 wow! Adolfo Aguilar was caught kissing a mysterious young man while enjoying a “pride party” on June 25. As is known, the LGBTI+ Pride March was held in Peru over the weekend and everything seems to indicate that the television presenter wanted to continue enjoying himself.

Although the film director did not attend the mobilization, he was at a meeting at night sharing with the attendees the importance of said march and was proud to wear the flag that symbolizes gay pride. This is how he let it be seen on his social networks when he published photos and videos with his friends in the stories of his Instagram account.

However, what he never imagined is that a photo of him would go viral while he was in an affectionate situation with a man of unknown identity. The images were spread through the stories of the show account “Instarandula”. It is worth mentioning that Adolfo Aguilar has assured that he is single and has not been linked to anyone to date.

YOU CAN READ: Adolfo Aguilar confesses and reveals that he had an affair with “Chocolatito”: “I want him”

The journalist Samuel Suárez published the snapshots that a follower sent him where Adolfo Aguilar can be seen very smiling next to a young man who was also celebrating the LGBTI+ Pride March. Likewise, a second image reveals the host of “Yo Soy”, as he is seen kissing passionately with the same man.

“Photos of a tremendous kiss from the host of ‘Yo Soy’ go viral. Asuuu in the past were the little ones, now the chape is with everything and amygdala”wrote the popular ‘Samu’ this Sunday, June 26, leaving locals and strangers surprised, since the figure of Latina Television has not previously been seen in that situation.

Let us remember that it was last January that Adolfo Aguilar confessed his homosexuality amid strong rumors of a relationship with the former reality boy Alejandro Pino. He has come out as gay and made it clear that after 30 years of hiding it, he is ready to show himself to the world as he is. It seems that now he is not afraid that he will be seen kissing or hugging another man. 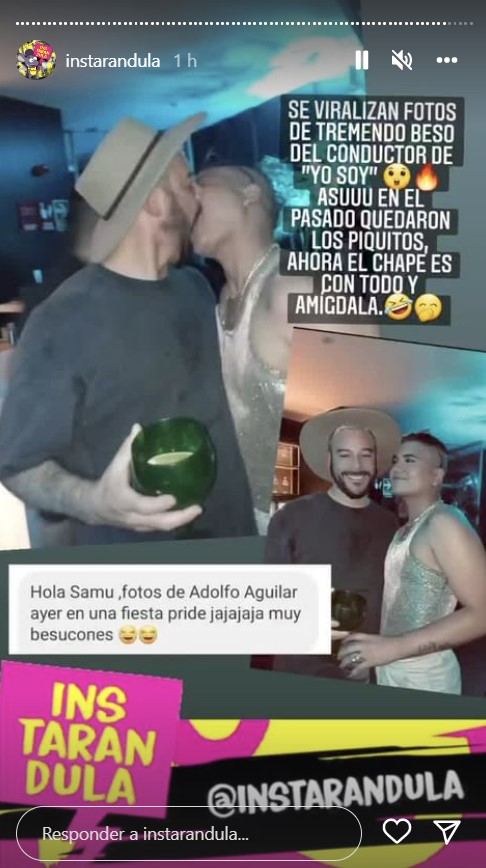 Although months ago Adolfo Aguilar had denied any kind of relationship with Alejandro Pino, the host of Yo Soy finally revealed that he did have a brief relationship with the former member of Esto es Guerra. This confession was made on the YouTube channel, I am Jackie Ford.

“We went out, we were not. We went out for a while, a good time actually. He is an extraordinary guy, he is a nice guy, talented. I’m not going to deny it, I think he doesn’t deny it either. I am very grateful to have dated him“, he expressed.

On the other hand, Adolfo Aguilar also explained the reasons why he decided to separate from Alejandro Pino despite the fact that they had a lot of esteem and trust, which was reflected in the photos they published on their respective social networks.

“We had our differences and that’s why we stopped dating, but I love him a lot. He is very disciplined, very dedicated, very chambeador. (…) he dances very beautifully and is delicious, why say no”, he added.

The host of Yo Soy reported that he was officially dating Alejandro Pino, but unfortunately the relationship did not work out.

Raúl Romero is surprised when plane passengers recognize him and sing to him ‘The ducks and the legs’ John Kelvin responds to criticism for the benefit concert that will be held in his favor Alondra García Miró was invited to the wedding of Karina Jordán and Diego Seyfarth, but she arrived without Paolo Guerrero