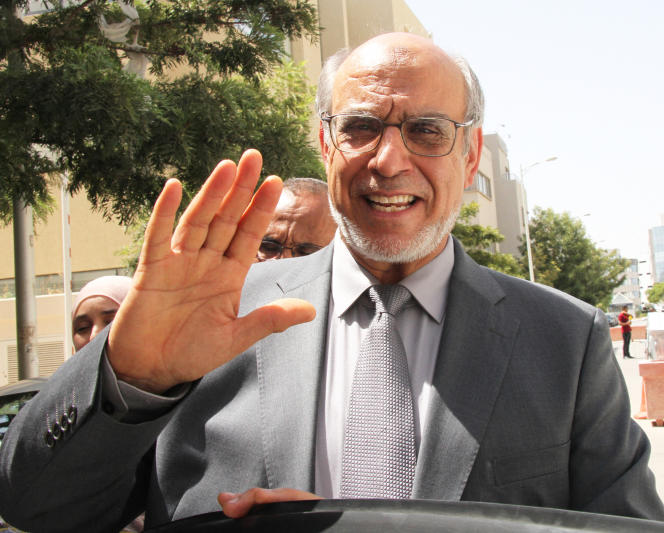 The former Tunisian head of government Hamadi Jebali, in office between 2011 and 2013 at the head of a coalition government led by the Islamist party Ennahda, was arrested by the police on Thursday June 23 in Sousse, in the east of the Tunisia. Although he had distanced himself in recent years from the party leadership, Hamadi Jebali is nevertheless closely associated with the history of the Tunisian Islamist movement, whether in opposition – he was tortured under the dictatorship of President Ben Ali – or in power, following the 2011 revolution.

Hamadi Jebali had resigned as prime minister in March 2013, at the height of the crisis triggered in Tunisia by the assassination a month earlier of the anti-Ennahda opponent Chokri Belaïd, a figure of the Tunisian left. The anti-Islamist camp had then questioned the responsibility of Ennahda in this assassination, as in the one which would cost the life a few months later to Mohamed Brahmi, another emblematic personality of the opposition.

The arrest of Mr. Jebali, which follows that at the end of December of Noureddine Bhiri, former Minister of Justice between 2011 and 2013 and leader of the Ennahda parliamentary group in the Assembly of People’s Representatives (ARP) between 2014 and 2019, seems to confirm the intention of the Head of State, Kaïs Saïed, to intensify the legal offensive against the symbols of the Islamist movement. The former leader was brought before the anti-terrorist brigade of El Gorjani, in Tunis, on suspicion of “money laundering” targeting the charity Namaa Tounes, according to the Tunisian press. The president of the association as well as his predecessor were also arrested.

However, the details of the charges against Mr. Jebali are not known at this stage. According to a source close to Ennahda, the former head of government would have started a hunger strike on Thursday evening to protest against “police and judicial relentlessness” targeting him. His lawyers have indicated that he considers himself in a “state of kidnapping” and refuses to “answer the questions of his captors”.

President Kaïs Saïed had arrogated full powers to himself by decreeing an exceptional regime on July 25, 2021, when the exasperation of the population was at its height in the face of the paralysis of institutions, against a backdrop of health crisis linked to Covid -19. The Head of State, elected in 2019 in favor of an anti-system vote, had notably benefited from the growing hostility towards Ennahda, a party associated with all government coalitions since 2011 and in control of the executive between 2011 and 2014. .

You have 25.23% of this article left to read. The following is for subscribers only.