The background of Cristina Kirchner’s request for social plans: the Cámpora bets on the Universal Basic Salary 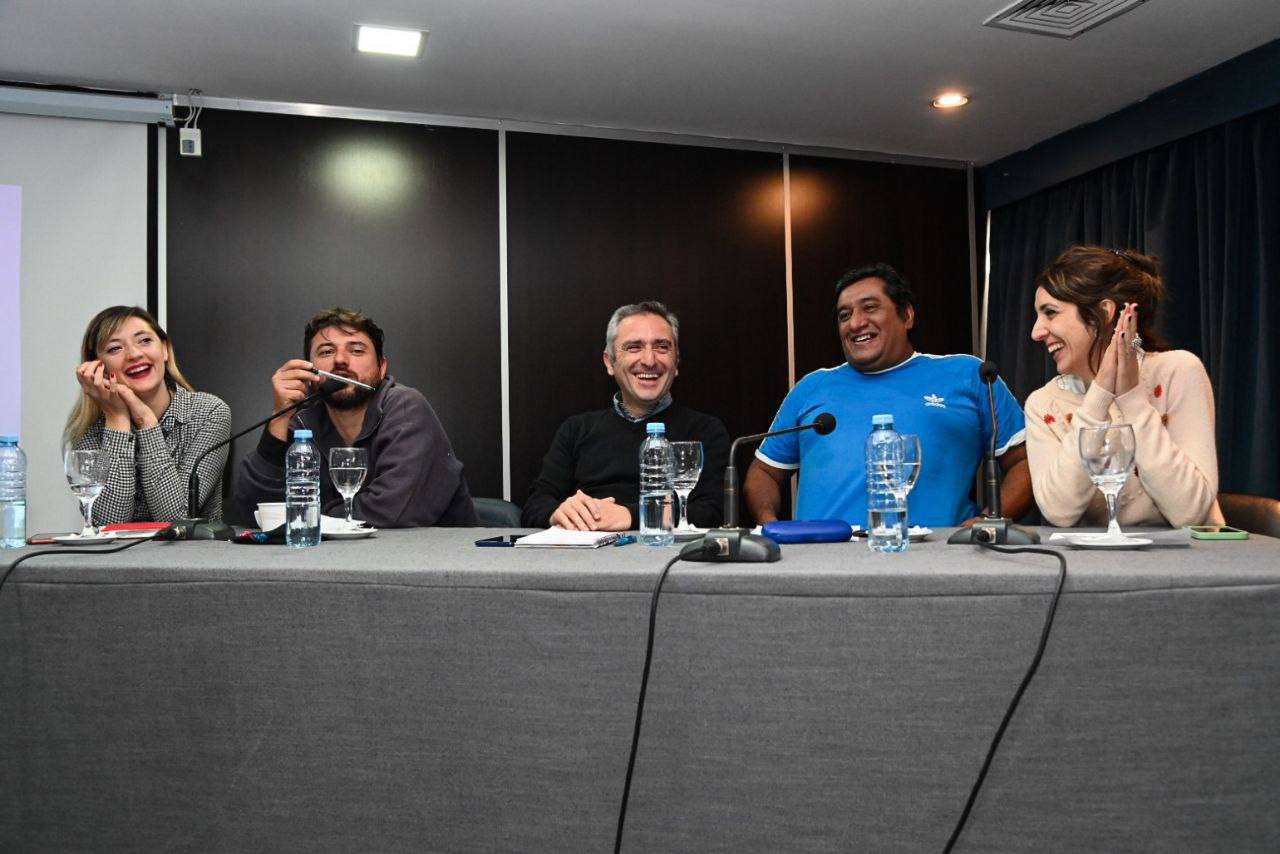 One of the few things that Christianity recognizes the Minister of Economy, Martín Guzmán, was the implementation of the Emergency Family Income (IFE) in the midst of the coronavirus pandemic. There were three editions during 2020 and then the program was on standby. The fourth IFE did not arrive continuously and there some of the differences between the economic policy of Casa Rosada and the Kirchnerism that a good part of its political base has in La Cámpora began to be publicly whitewashed. The organization led by Máximo Kirchner proposed the transformation of the IFE into a non-exceptional policy and that progress be made in a Universal Salary. Now, in the midst of a discussion about the role of social plans, specifically the Work Empowerment, proposed by Cristina Kirchner, La Cámpora pushes for the Universal Basic Salary to become a reality.

The Minister of Development of the Community of the province of Buenos Aires and Secretary General of La Cámpora, Andrés “Cuervo” Larroque assured before the Infobae query that “the bottom line is to specify an income policy that eliminates discretion and guarantees justice effective society”. It is in this income policy where the idea of ​​a universal basic salary advances.

For Larroque what needs to be done is “generate an income policy.” The IFE was going in that direction, in a context of emergency and recession, that the government understood that after the end of the pandemic the economic reactivation was going to fill the gap that implied cutting the IFE in 2021.

The discussion for the universal basic salary is a substantive debate. What was brought to the surface with emphasis from the moment that Cristina Kircher gave her speech at the CTA plenary session in Avellaneda, on June 20, was the role of social organizations in the administration of social plans. The vice president requested an audit and monopolistic control of the State towards certain programs administered by the Ministry of Social Development of the Nation under Juan Zabaleta, such as Empower Work. “The role of the State cannot be ignored,” reinforces Larroque. 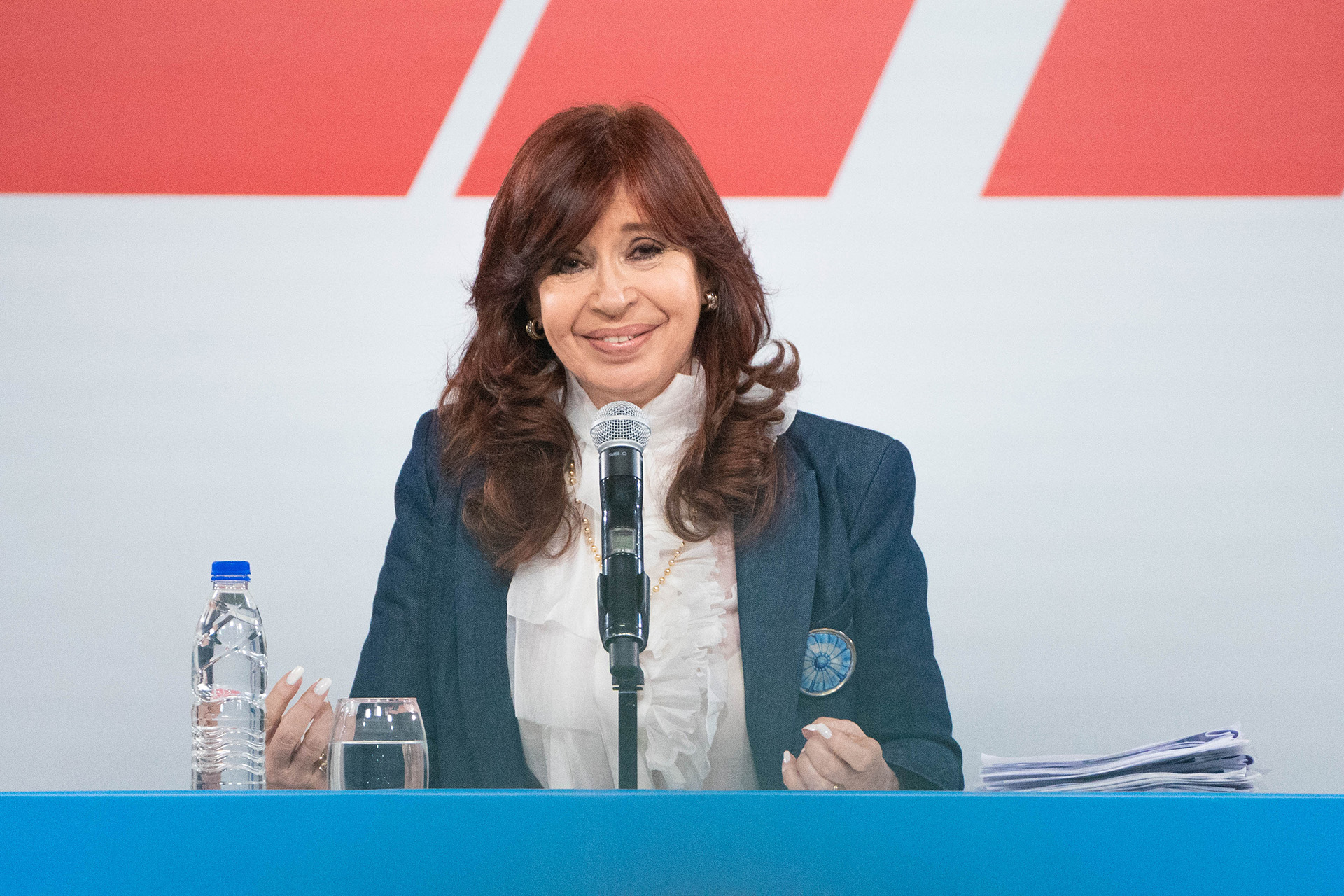 Cristina Kirchner during the act in Avellaneda (photo: Franco Fafasuli)

“The Empowerment of Work is an employment program that, due to its overcrowding, has become an income policy that distorts the original objective of the program and that falls short of being an income policy,” says Larroque, who this week in the midst of the noise politician shared an activity in the Chamber of Deputies of the Province of Buenos Aires with the leader of Patria Grande, Juan Grabois, where the plan to carry out the implementation of the Universal Basic Salary was debated and defended. He also requested that the Empower Work move to the orbit of the Ministry of Productive Development, occupied by the new minister Daniel Scioli, whose arrival Larroque praised.

The Basic Universal Salary bill was already presented in May of this year by the national deputies of Patria Grande Itaí Hagman, Natalia Zaracho and Federico Fagioli, but it is supported by 11 other legislators from the Front of All, among whom are Mr. president of the block Germán Martínez; Leonardo Grosso, from the Evita Movement; Hugo Yasky from the CTA, Mónica Macha, from Nuevo Encuentro; Pablo Carro, Juan Carlos Alderete, from the Clasista and Combative Current; Carlos Selva, from the Renovation Front, Pablo Carro, Mara Brawer and Graciela Landriscini.

It will be awarded “to people who are unemployed; work in the informal economy; are registered in category ‘A’ of the Simplified Regime for Small Taxpayers or are registered in the Regime for Social Inclusion and Promotion of Independent Work”, and it will be 13,000 pesos per month “for around 9 million people, which it would have a fiscal cost of 2.1% of GDP”, explained Hagman when the project was presented.

The political discussion circulating these days raised the issue of the SBU. La Cámpora, through Larroque, joined the request. But the pressure for now does not penetrate the Ministry of Economy of the Nation. It is that the agreement reached with the International Monetary Fund for the refinancing of the debt for 44 billion dollars taken under the administration of Mauricio Macri, has already defined public spending in such a way that it allows the fulfillment of goals. Days ago, the IMF board approved the goals for the first quarter of the agreement with Argentina and will disburse USD 4 billion to the country.

In the middle, the mayors of the province of Buenos Aires got into the dispute to bring to light a frequent comment between them: the rejection that social organizations manage the plans. Part of this criticism is due to the fact that social organizations are strongly deployed in the suburbs of Buenos Aires and from there they dispute territory and even political representation from the mayors themselves. The unspoken complaint by mayors is that they do it “with the cash” of the State itself.

Who acted as a spokesperson to support Cristina Kirchner’s proposal was the Buenos Aires Chief of Staff and Mayor on leave from Lomas de Zamora, Martín Insaurralde, who also raised the banner of the Universal Basic Salary. “Social programs must have a consideration controlled by the State and the first counter of the State is the Municipalities. That is the essence of Cristina’s approach. The time has come to debate the Universal Wage as a tool to combat structural inequality”, he warned.

“The argument linked to extortion, corruption, are acts that Justice has to verify and that in the case of the mayors and the leaders linked to state apparatuses have clearly demonstrated a course that is much more corrupt and stagnant than the social movements,” answered this Saturday the undersecretary of Integration and Training Policies in the Ministry of Social Development of the Nation and national coordinator of the Somos Barrios de Pie movement, Daniel Menéndez, in statements to Radio With Voice. She also said that Cristina Kirchner generates a division in social militancy “by making stigmatizing statements and despising a type of political militancy that is social militancy, with categories such as mediation, which is an absolutely liberal criterion. That hurts me and he has a very contradictory look.” The day that Larroque and Grabois shared was the start of an advance for the Universal Basic Salary that will accelerate in the coming weeks.

Kirchnerism presented the basic salary project and seeks to condition the economic course of the GovernmentThe IMF board approved the goals for the first quarter of the agreement with Argentina and will disburse USD 4 billion to the countryAfter criticism from Cristina Kirchner, the Evita Movement enlists its own references in municipalities waiting for a STEP