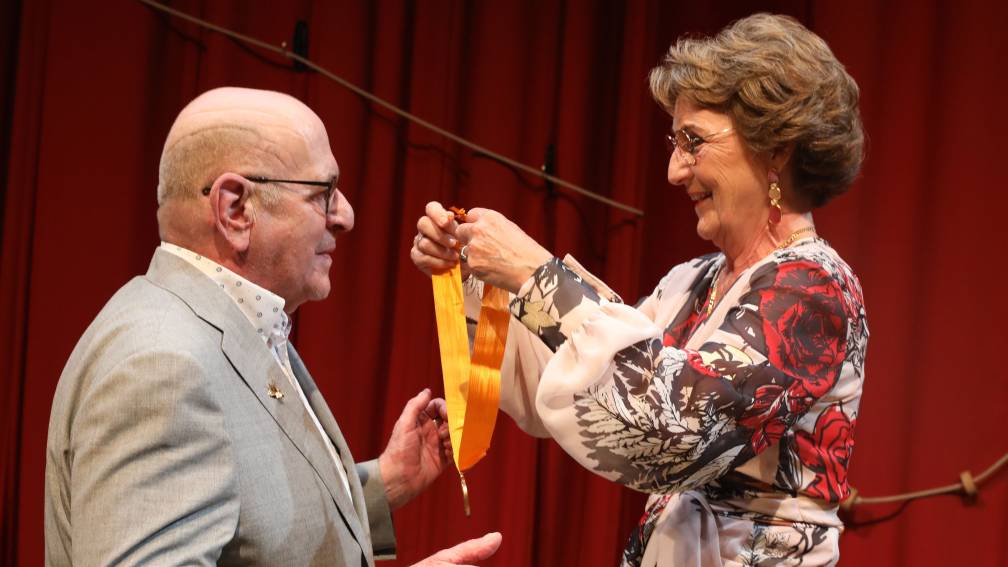 The Medal of Honor for Art and Science of the House Order of Orange was awarded this year to the founder and director of the dance company Introdans, Ton Wiggers. He received the medal from Princess Margriet last night.

Wiggers will receive the royal award for his efforts to make modern dance accessible to a wide audience and “involving the region”, writes the Royal House in a press release.

The Medal of Honor for Art and Science is awarded to people with exceptional merits in the fields of art and science and is associated with the Royal House.

Wiggers founded Introdans in Arnhem in 1971 with theater maker Hans Focking. The aim was to provide a professional dance company in the East of the Netherlands. Last night, after more than fifty years, he said goodbye to Introdans.

In addition to the medal of honor, Wiggers also received the Dansspeld, for his efforts within the Dutch dance field. As a token of appreciation for his merits in Gelderland, he received the Golden Honorary Medal of the Province of Gelderland from the King’s Commissioner John Berends. Mayor Marcouch was allowed to pin the Golden City Medal on behalf of the college.

Wall Street falls due to employment figures and the Nasdaq loses 3.8%