Omar Yepes, president of the Conservative Party, will resign from his post after support from the bench for Petro 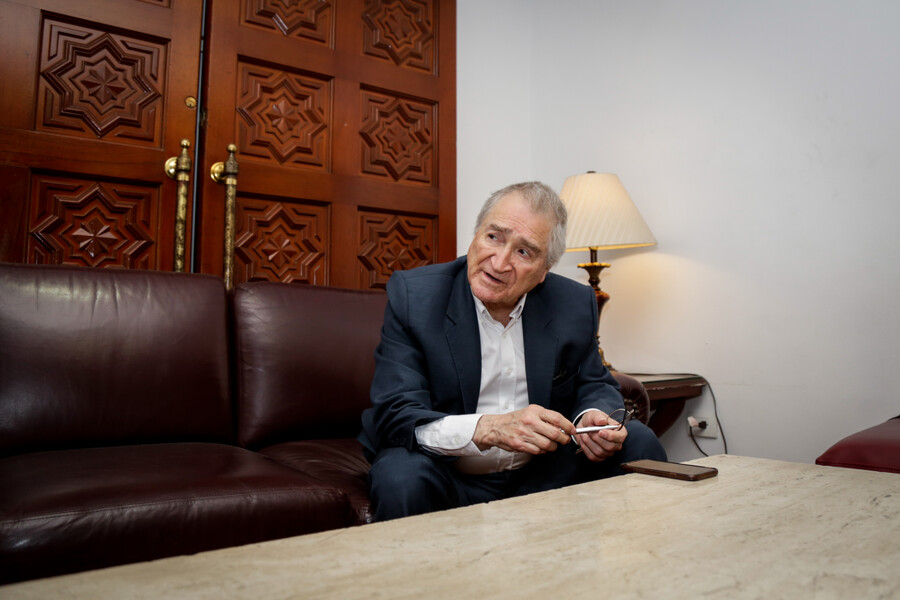 The resignation of Omar Yepes to the presidency of the Conservative Party would take place after the support of the bench in the Congress of the Republic to the incoming government of the elected president, Gustavo Petro Urrego.

A document was released to public opinion in which the 49 elected congressmen of this community showed their support for the legislative agenda of the new tenant of Casa de Nariño.

“Congressmen from the Conservative Party announce and sign support (unconditional?) for the legislative agenda proposed by President Petro. At the meeting of the Conservative National Directory that will meet next Thursday, I will hand in my resignation from the presidency, ”Yepes said on his Twitter account.

Congressmen from the Conservative Party announce and sign their support (unconditional?) for the legislative agenda proposed by President Petro. At the meeting of the National Conservative Directory that will meet next Thursday, I will hand in my resignation from the presidency.

Yepes, together with former President of the Republic Andrés Pastrana Arango, was one of those who affirmed that the Conservative party should be in opposition to the government of Gustavo Petro, or else from the beginning the Conservatives should have supported the political campaign for the presidency of the former mayor of Bogotá. instead of Rodolfo Hernandez.

“They ask me why it is recommended that the Conservative Party be in opposition. The reason is simple: because we lost the elections, and because President Petro’s leftist philosophy and campaign proposals do not fit with the philosophy of our party,” Yepes said.

It should be noted that the Conservative party would have a meeting before July 20 to define the position to be taken for the legislative period of the next four years, where not only the elected congressmen would be, but also the conservative leadership at the national level.

Interview with Iván Cepeda about the meeting between Petro and Uribe: “I will be willing to contribute in every way possible” “Don’t let it be believed that it is to seek profit”: Pastor Alape on admitting his responsibility in the conflict “You are the bad guys, who shoot those who think differently”: María Fernanda Cabal responds to the Cuban Embassy