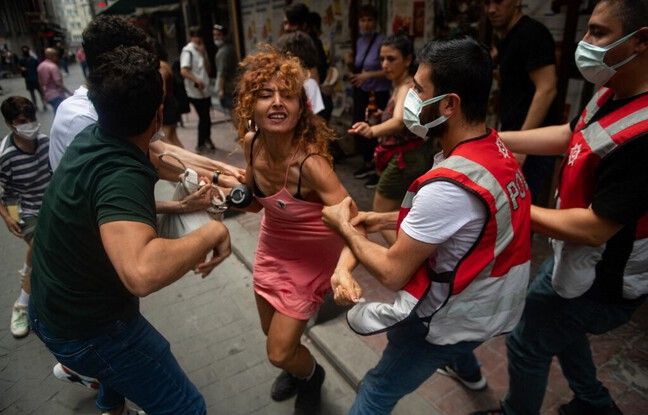 Canceled in Oslo after an attack targeting a gay bar, the Istanbul Pride March got off to a good start despite the ban. In a Turkey that is theoretically secular but very marked by Islamic conservatism, the event has been banned since 2014 and a demonstration that brought together more than 100,000 people, officially for security reasons.

But hundreds of protesters waving rainbow flags began gathering in the streets adjacent to the famous Taksim Square, which is completely closed to the public. This square is particularly known for being the main theater of protests against the regime. Even before the start of the rally, riot police raided several bars in Cihangir district, around Taksim, and “randomly” arrested people there, including journalists.

Bülent Kilic, an experienced and award-winning photographer for Agence France-Presse, accustomed to conflict zones, was handcuffed behind his back, his T-shirt torn off and loaded with others into a police van. He had already been arrested last year in the same circumstances.