How are the forest fires in the Amazon rainforest now? † NOW 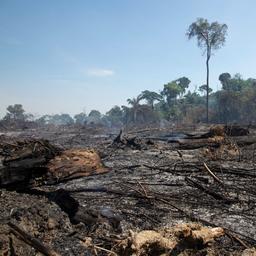 Although there are always forest fires in the Brazilian Amazon rainforest at this time of year, the fires in 2019 were world news thanks in part to social media attention. How is the world’s largest rainforest doing now?

Three years ago, an estimated 9,000 square kilometers of rainforest was lost during the fires. That is an area the size of the provinces of Gelderland and North Brabant. Incidentally, there were fires not only in Brazil, but also in countries such as Bolivia and Peru. The fires were so severe that even the metropolis of São Paulo, located 2,500 kilometers from the Amazon rainforest, was enveloped in smoke.

The first signs this year are not very promising. The Brazilian agency for space research INPE detected the largest number of fires in 18 years in May thanks to satellite images. The Cerrado, “the most biodiverse savanna in the world” according to the World Wildlife Fund (WWF), recorded the highest number of fires last month since the observations began in 1998.

The INPE counted 3,578 fires in May, an increase of 35 percent compared to the same month a year earlier. The number of fires in the Amazon rainforest was 96 percent higher than last year, at 2,287. Often these fires are lit illegally to make room for agriculture or mining.

The tropical rainforest retains large amounts of CO2 and therefore plays an important role in the global climate. But now the Amazon rainforest is heading for a tipping point, the WWF warns.

“Due to the large-scale capping, there is less cloud formation above the rivers. The humidity in the atmosphere decreases and less rain falls,” the organization outlines. The lack of precipitation turns an even larger area into “arid grassland” and puts the area at even greater risk of fire.

Normally, most fires occur during the dry season in August and September. The fact that the numbers are already so high makes scientists fear the course of the fires this year.

“The numbers (from last month, ed.) are not outliers, but point to a trend of destruction that has been going on for at least three years,” said Mauricio Voivodic of the WWF branch in Brazil. He says the increases in deforestation and the number of wildfires are the result of a deliberate policy by President Jair Bolsonaro.

Since the Bolsonaro took office in 2019, organizations have pointed out that there is hardly any enforcement on illegal logging and burning for agriculture or mining. Since his presidency, deforestation has increased by 75 percent compared to the same three years in the previous decade.

Despite this, at the UN climate summit in Glasgow last year, Brazil committed to the goal of completely eliminating illegal deforestation by 2028.

In May, Bolsonaro also increased fines for environmental crimes, but it is doubted whether this measure will have any effect. According to Reuters, there is insufficient staff to handle the cases, leaving a backlog of 17,000 fines last year alone that still have to be collected.

In addition, a scientific report published earlier this month shows study that the so-called forest degradation in the Amazon is proceeding at an even faster pace than deforestation. In other words, an increasing proportion of the Amazon rainforest is of poor quality. This also means that the forest is less resilient to climate change.