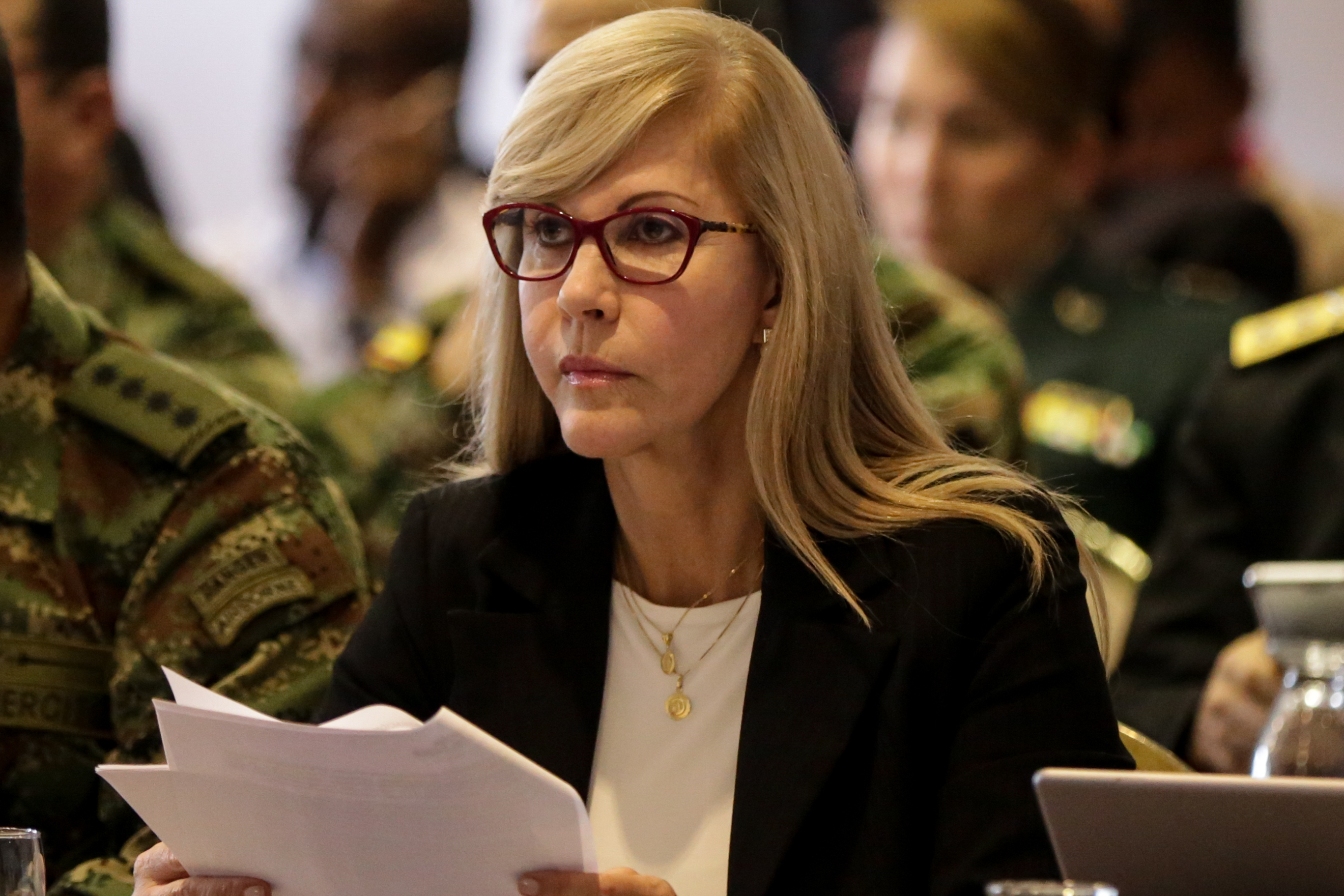 On the morning of this Sunday, June 26, the U (Unión por la Gente) party, under the direction of the former Valle governor, Dilian Francisca Toro, announced through a press release through their social networks that They will be part of the incoming government of the elected president, Gustavo Petro Urrego.

The letter begins by stating that after a community meeting, they reached the decision to belong as part of the government coalition of the incoming president, Gustavo Petro:

“After a meeting of the elected caucus of congressmen, it has been decided to be part of the parliamentary coalition of the elected Government for the election of the boards of directors of the different commissions of the Senate and House of Representatives; this in order to work for the construction of agreements and consensus in the search for initiatives that contribute to the well-being of Colombians, the development and construction of the country”, says the letter.

According to the letter, the U will remain within the government coalition, as long as the agreements scheduled a few days ago are fulfilled, in which it was precisely stated that the u would not oppose the national executive.

“The decision about the position vis-à-vis the incoming government will be made once the meetings scheduled for that purpose are completed, as the U-Party caucus will remember and announced the previous week, that it will not oppose the government of president-elect Gustavo Petro”, said Dilian Francisca Toro in the letter.

Finally, Toro affirms that the intention of the U party is to help solve the main problems that afflict Colombia, as long as it is within the “freedoms and the social State of law”:

“We welcome the proposal regarding the construction of a Great National Agreement and express our willingness to participate in the development of a legislative agenda that offers solutions to the fundamental problems of the country such as poverty, food security, inequality, the implementation of the peace agreement, all within the framework of respect for institutions, freedoms and the social state of law”, they point out. 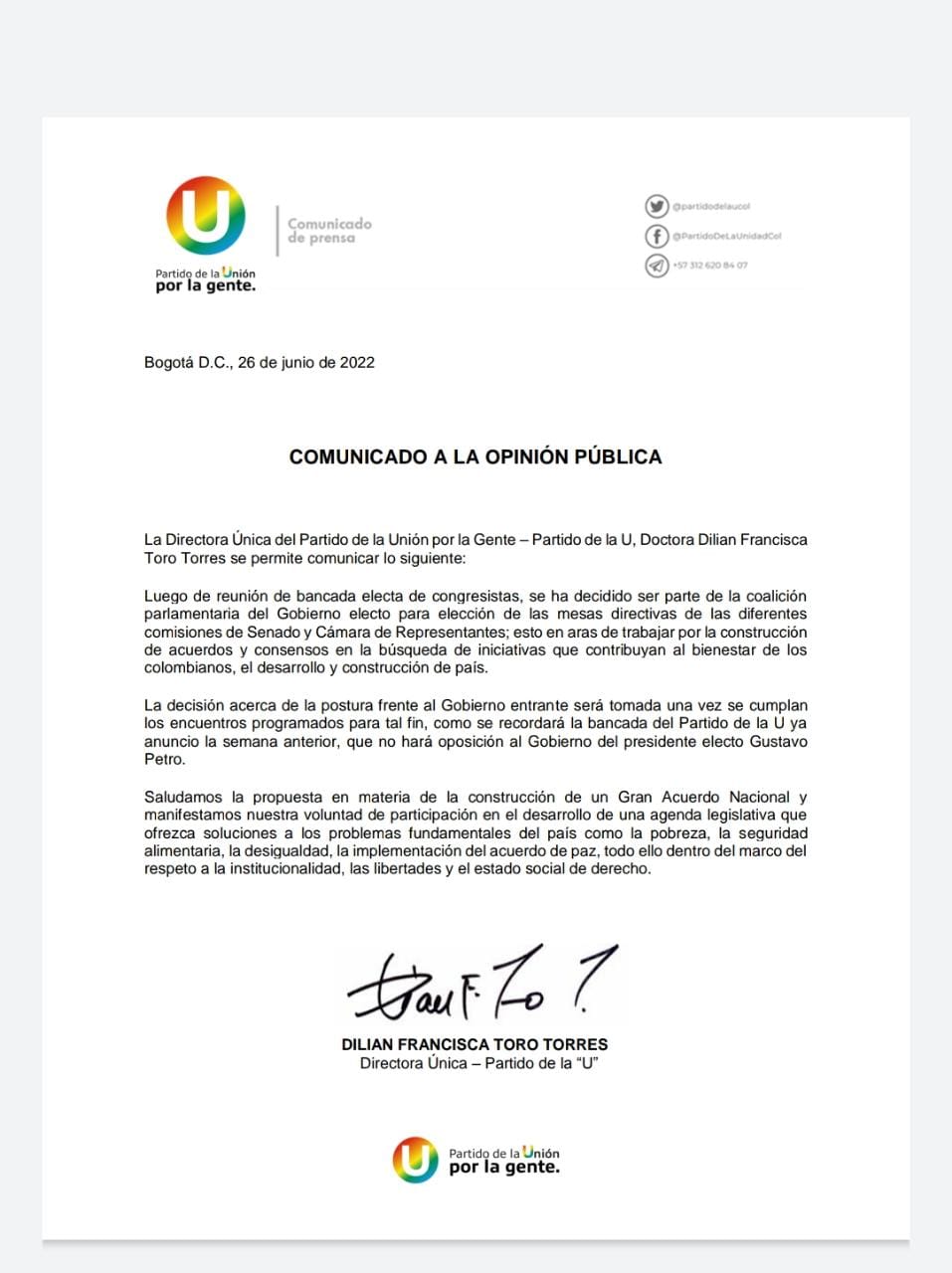 Interview with Iván Cepeda about the meeting between Petro and Uribe: “I will be willing to contribute in every way possible” “Don’t let it be believed that it is to seek profit”: Pastor Alape on admitting his responsibility in the conflict “You are the bad guys, who shoot those who think differently”: María Fernanda Cabal responds to the Cuban Embassy