With 35 new ambulances, Jalisco adds a network of 717

With the delivery of 35 new ambulances, two of which are equipped for therapy and the rest for basic emergenciesthe state vehicle fleet already totals 717, as announced by Yannick Nordin, Technical Secretary of the State Council for the Prevention of Accidents of Jalisco (CEPAJ).

These are added to the 147 that were delivered in the last two years and to the state pre-hospital network.

“We can have the best hospitals, but if we don’t have a way to get there, it’s absolutely useless”he expressed.

For its purchase and equipment, 60 million 707 thousand 382 pesos were invested and they will be delivered on loan to 33 municipalities (the basic emergency units) and two to the SAMU of Jalisco (the UTIM), through the Jalisco Health Secretariat (SSJ) and the OPD Jalisco Health Services. 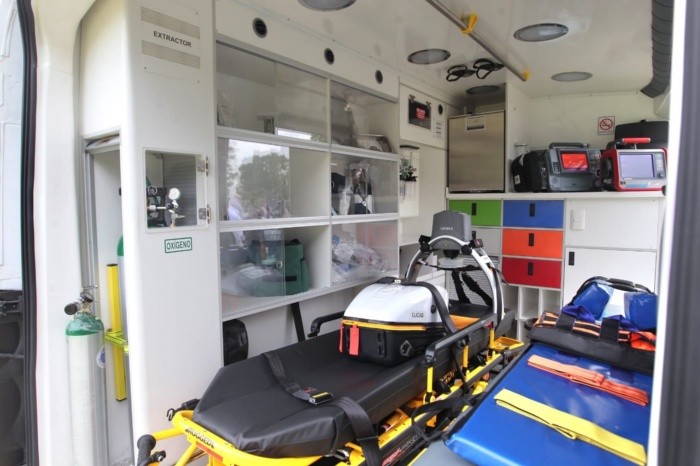 The Secretary of Health, Fernando Petersen, pointed out that these represent 27.5% of more ambulances delivered in the last two years in the State.

For his part, the President of Lagos de Moreno, Tecutli Gómez, stressed that the unit delivered to his municipality will be destined for the rural area to care for patients and transfer them to the new hospital in Lagos. This is the fourth ambulance they receive.

While the governor highlighted that, as part of the health actions, this year 1,200 elements of medical personnel were already basified and he promised that before the end of the six-year term they will leave the labor bases resolved, enough medicines and personnel to attend the hospitals.

He announced that in the following weeks he will deliver works such as the Puerto Vallarta hospital, the Pihuamo hospital and the first stage of the Sayula and Tapalpa hospitals. In addition, that the work of the Green Cross of El Rosario in Tonalá will start.