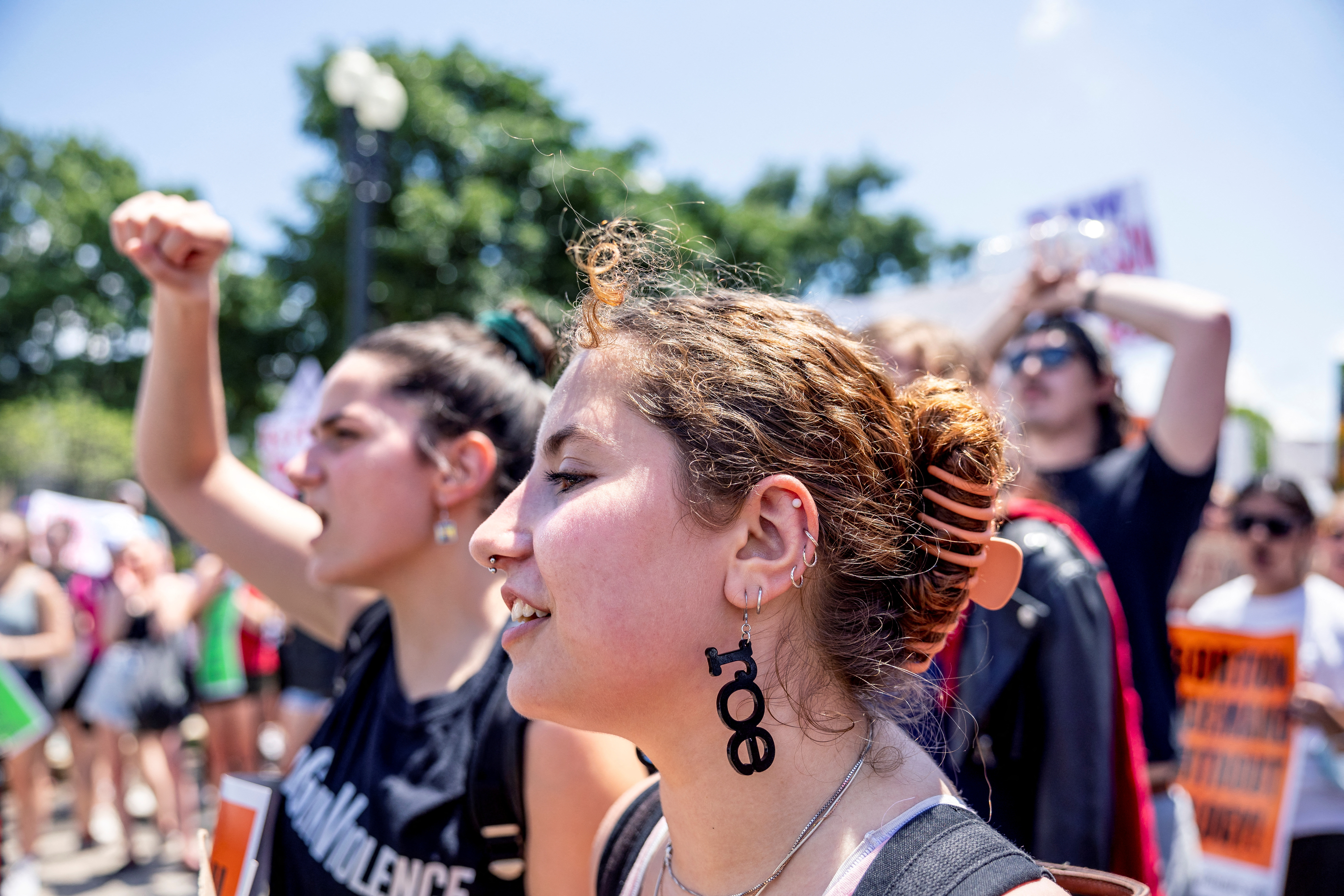 Abortion rights supporters took to the streets of the United States again on Saturday, in the second day of protests against the Supreme Court ruling, as conservative states begin to ban abortions.

Hundreds of protesters gathered this Saturday in front of the building of the Supreme Court of the United States, responsible for the repeal of that right.

Summoned by the association “Rise Up 4 Abortion Rights” and other organizations, the protesters, mostly women and young people, coincided in front of the Supreme Court with another group that was there precisely to celebrate the decision of the Court.

“We will not allow it. Get ready because we are not going to allow it”, were the concise words with which Ashley Thomas, one of the protesters, summed up in statements the way forward after the Supreme Court ruling. 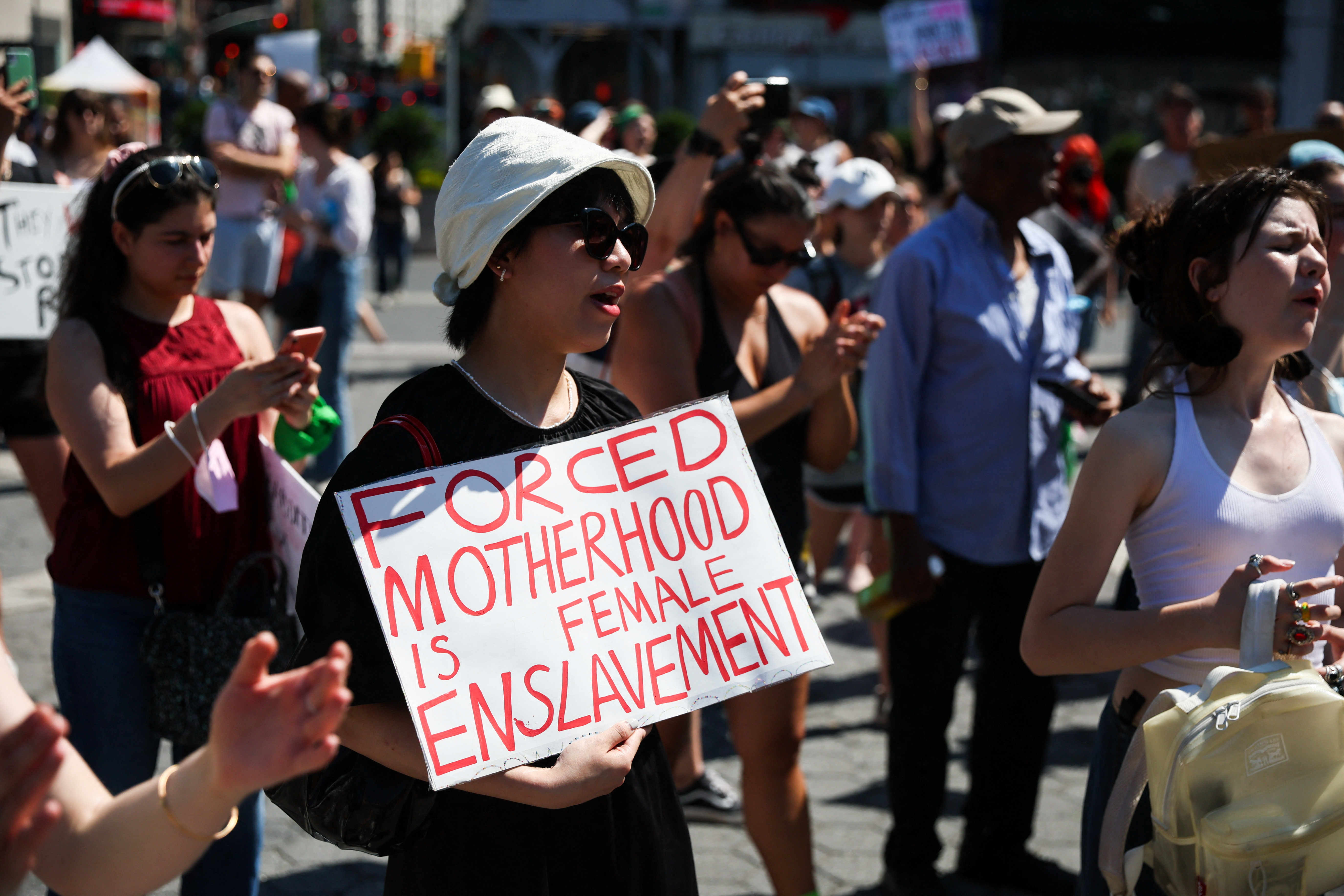 Thomas, a resident of the nearby Dupont Circle neighborhood of Washington, attended the protest accompanied by two of her roommates, and carrying a sign that read “Forced motherhood is female slavery.”

Under a blazing sun and intense heat, the protesters repeated in unison chants such as “Abortion is health” and “This decision cannot be upheld, legal abortion throughout the country,” while those opposed to abortion replied with ” pro-life is pro-woman.” In addition to the one in Washington, demonstrations were also called in other cities around the country such as New York, Chicago, Los Angeles, Atlanta and Seattle.

The country is experiencing a new polarization, between the states that are already denying, or preparing to do so, the right to abortion, in force for 50 years, and those that maintain it. 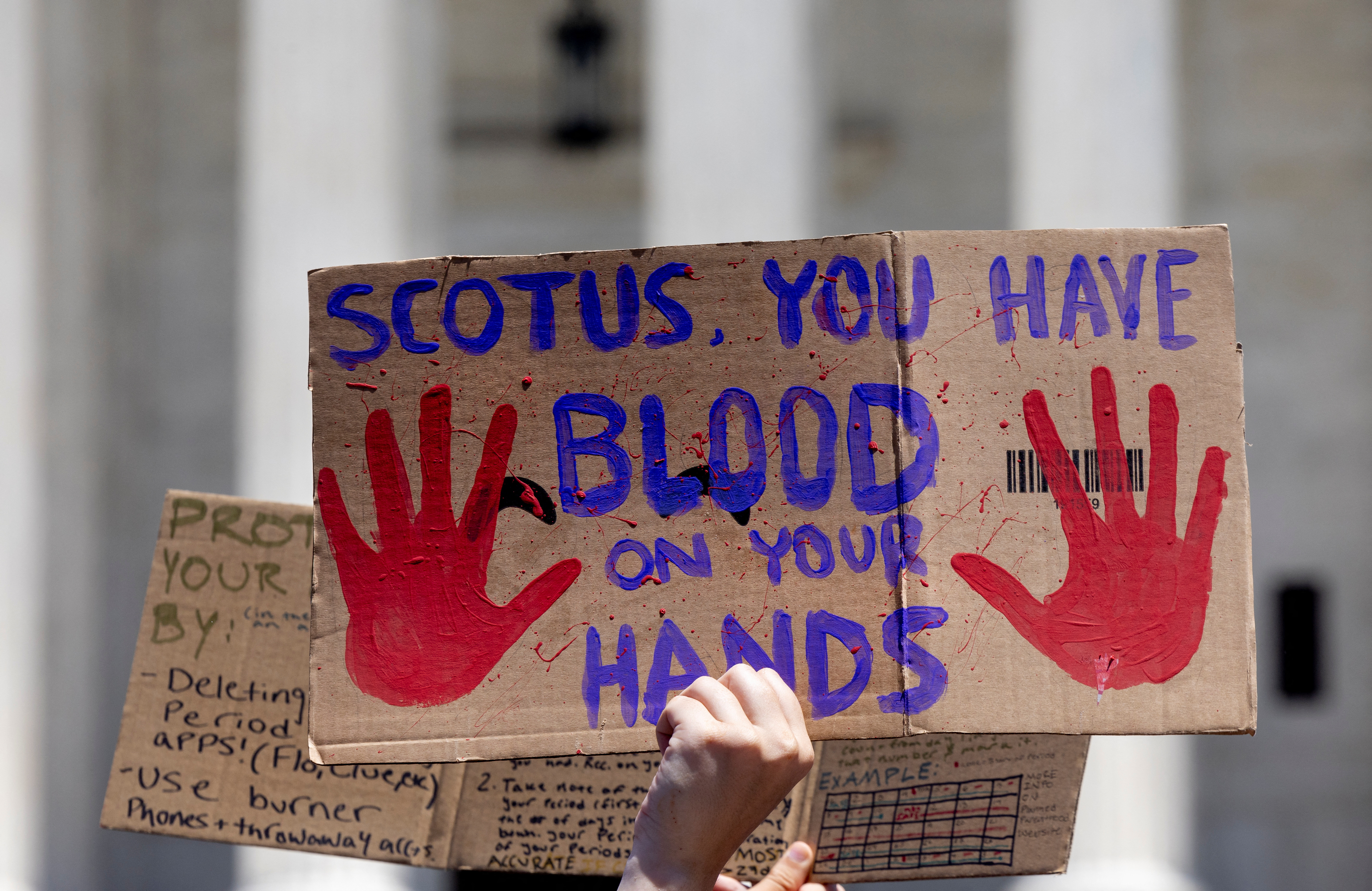 Dozens of new protests take place this Saturday, following those already held on Friday, the vast majority of them peaceful, although police fired tear gas at protesters in Phoenix, Arizona, and riot groups dispersed demonstrations in downtown Los Angeles.

Many fear that the Supreme Court, which since Donald Trump’s term has a clear conservative majority, may now set its sights on the right to same-sex marriage or contraception. 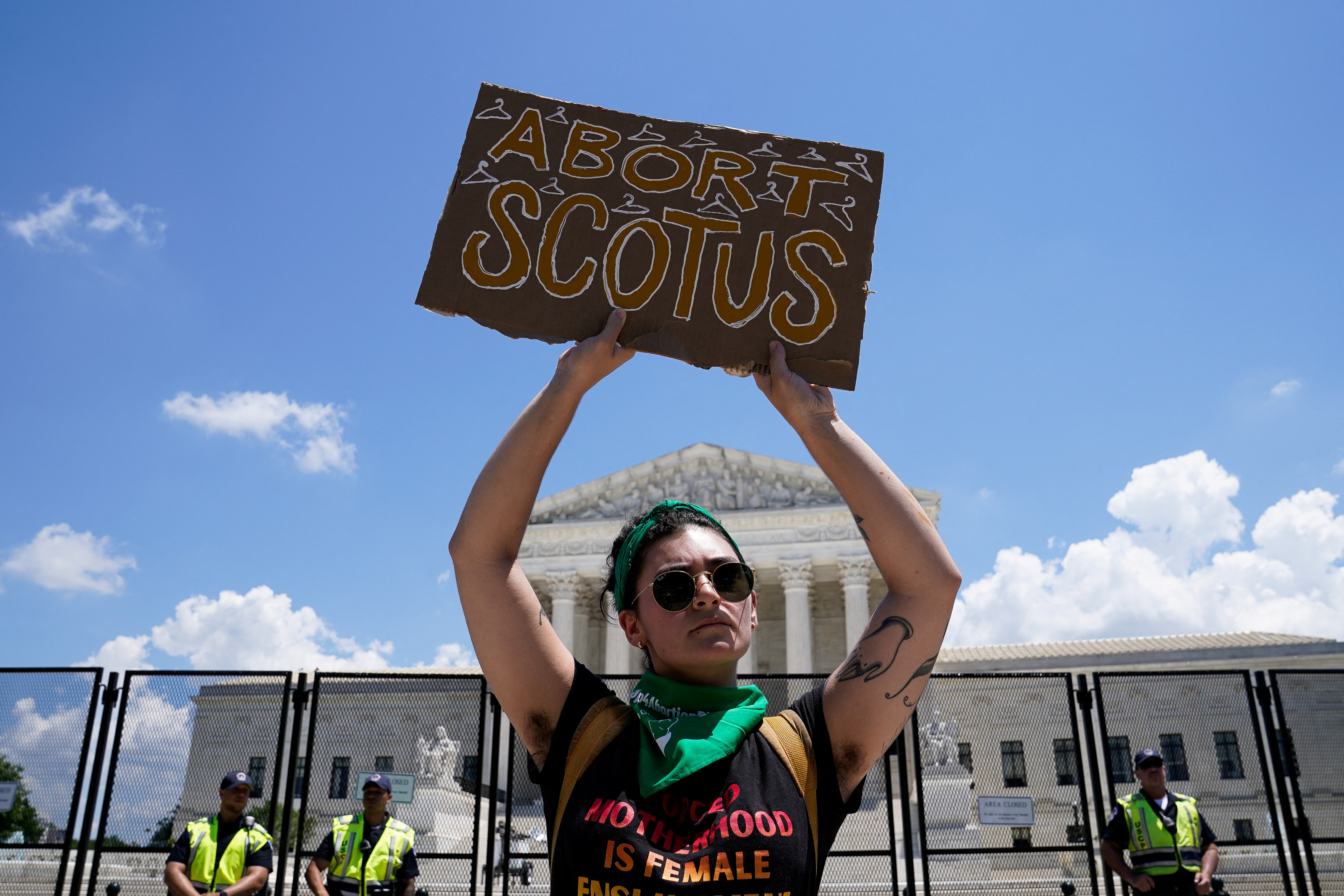 Olivia Braley, 26, at one of the protests against the repeal of Row vs. Wade (REUTERS/Elizabeth Frantz)

At least eight right-leaning states have already imposed abortion bans, and a similar number will do the same in coming weeks after the court struck down constitutional protections for the procedure, drawing criticism from some of abortion’s closest allies. United States around the world.

The Supreme Court overturned the landmark Roe v. Wade, which enshrined a woman’s right to abortion at the federal level in 1973, allowing each state to enact its own legislation on the matter. 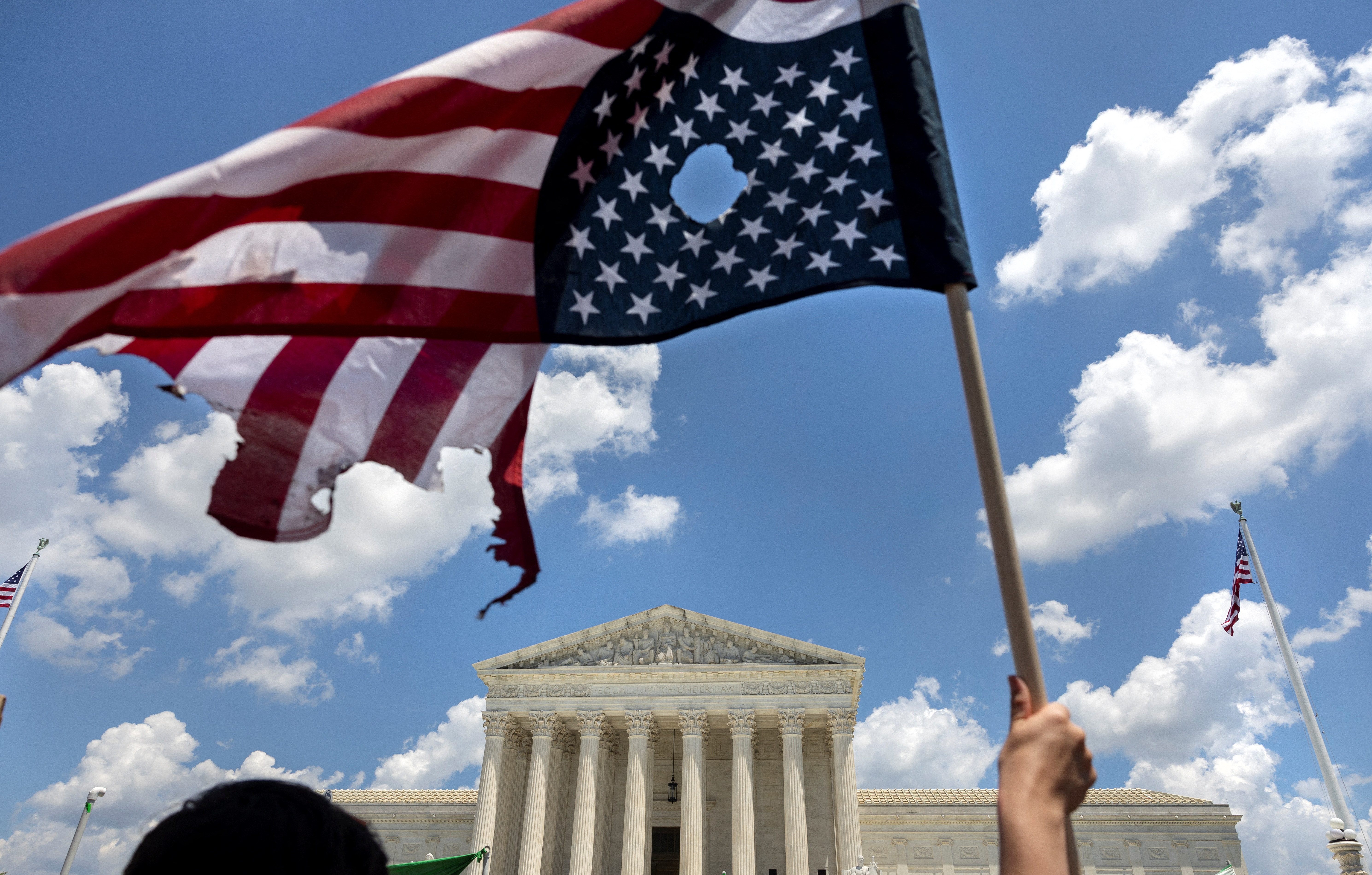 “I know how painful and devastating this decision is for many Americans,” he said at the White House. “My administration will focus on how it is administered and whether other laws are being violated.” Furthermore, he added that the judges had “made some terrible decisions.”

On Friday, Biden urged Congress to restore abortion protections as federal law, saying Roe will be “on the ballot” in the November midterm elections. 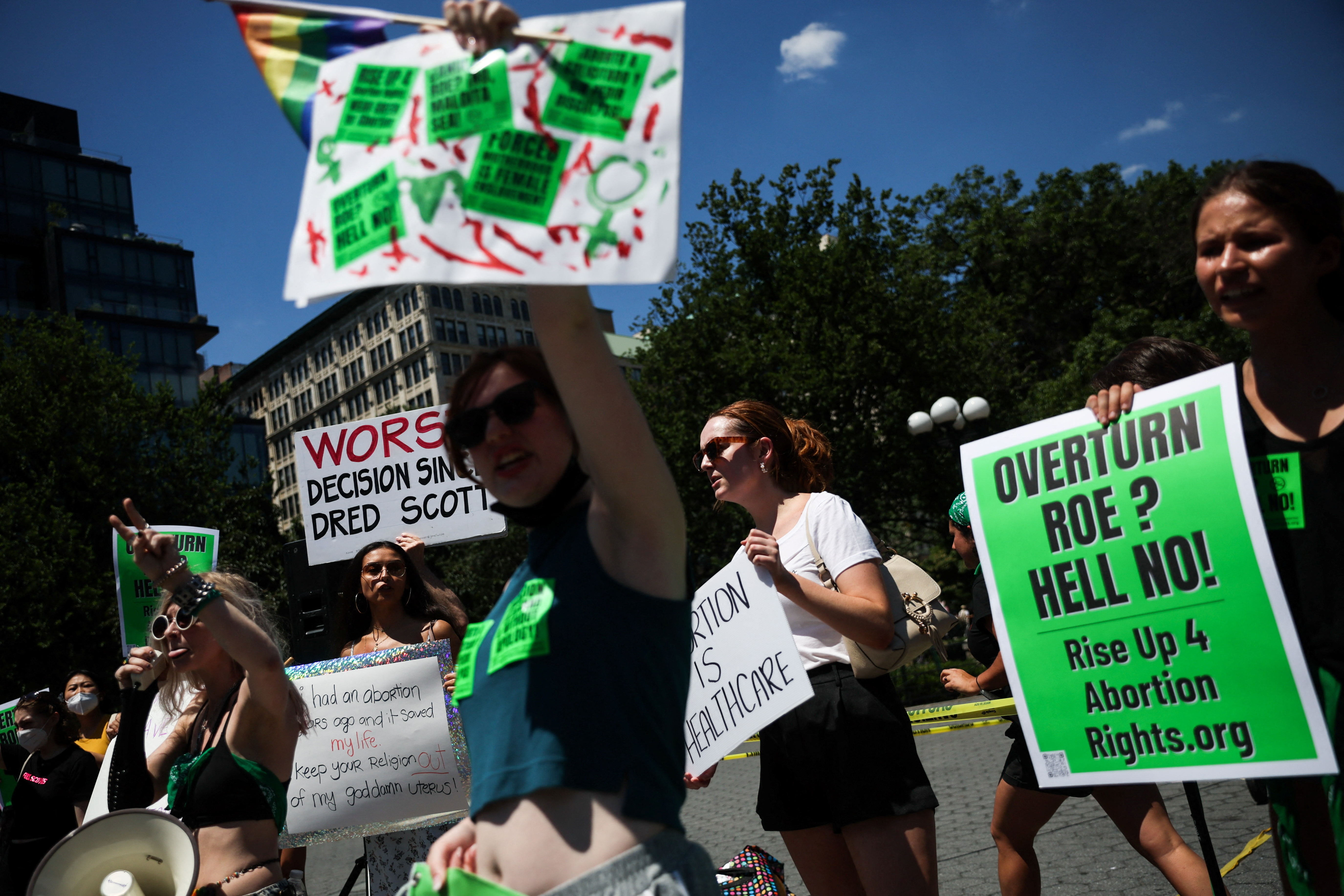 “They have taken everything from us”

Hundreds of people demonstrated in Washington on Friday night in front of the Supreme Court, which had been previously fenced off.

In Missouri, which as soon as the court’s decision was made to ban abortion in all cases, protesters gathered Friday night in St. Louis outside what had been the state’s last abortion clinic.

Pamela Lukehart, 68, held back tears as she recalled how things were before abortion became legal: “Back then women died having abortions,” she told the AFP with a broken voice.

“We were trying to protect women’s rights, women’s lives, and now everything has been taken from us,” she added. 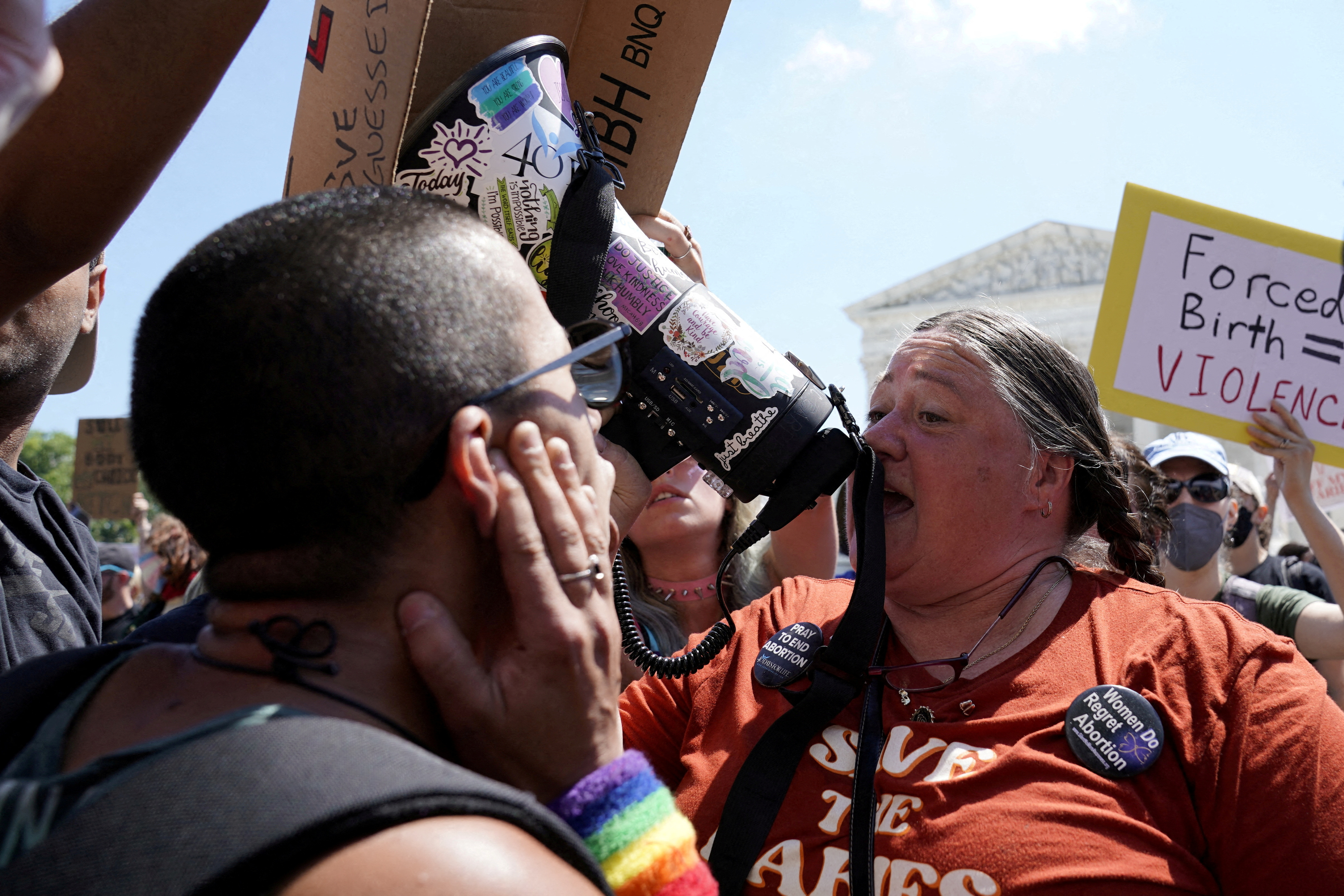 Twenty states are expected to severely restrict or prohibit and criminalize abortions. In those territories, women will have to continue their pregnancy, have a clandestine abortion, obtain abortion pills or travel to another state where it is still legal.

While the ruling represents a victory for the religious right, leaders of the largely Christian conservative movement said it does not go far enough and they will push for abortion to be banned nationwide.

Several states governed by Democrats, anticipating an influx of patients, have already taken steps to facilitate abortion and three of them (California, Oregon and Washington) published a common statement to defend access to these interventions.

With information from AFP