After almost three months of fire occurred in the San Juan de Dios marketwhich affected more than 400 stores, including the vegetable business of Óscar Delgado, today he received the new space where he will be able to work again, and from which three different families are supported.

Óscar said he was glad to have his covered space again, since until now he had been working on Dionisio Rodríguez Street so as not to stop his sales.

His premises were the first to be reopened as part of the delivery carried out this Friday by municipal authorities.

“The joke was to keep working, not stay stagnant. Out there she went out for expenses, but there is no way to have our own premises. It looks great, I feel very happy and ready to continue working, us, my brothers, and let’s see what comes out”, said the man when he saw his new space. 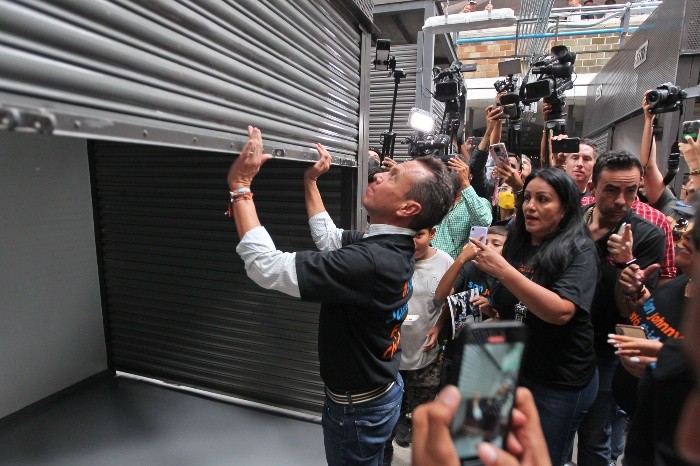 The first 60 locations already restored by the Guadalajara City Council after the fire on March 31 in the Libertad market, also known as San Juan de Dios, were delivered this friday by the mayor of Guadalajara, Pablo Lemus, within the framework of the celebration of San Juan Day.

Thus, on a weekly basis, deliveries of premises will continue until completing the 230 spaces that resulted in structural damage after the incident, anticipating concluding all of them on the last day of July, said the municipe.

“In addition to congratulating the tenants of San Juan de Dios on their day, I also want to thank them, because the start was complicated in a crisis situation, but based on joint work, dialogue, respect, and affection for San Juan of God, we are all moving forward together. The most important thing is that there is Saint John of God for many decades”, expressed Lemus Navarro.

He added that it will continue with a market promotion campaign so that citizens and tourism visit and consume in the San Juan de Dios, so that the sales of the merchants are reactivated and fully boosted after the incident.

“Many have told me that they are already recovering their pre-fire levels in their sales, but we have to go for much more than that,” he said.

In addition, he assured that will work with the tenants to decide what activities will be carried out in the space that served as a nursery, which was closed due to not having sufficient security measures for minors, but which can be used through proposals such as courses and workshops that help strengthen the fabric and social integration.

The premises on the ground floor that were delivered this Friday will be able to start operating in approximately a week pending the reconnection of the drinking water networks, while the premises delivered on the second floor corresponding to the food area could already be used at a maximum 15 days because the gas must be reconnected there

Before opening the restored spaces, they were blessed by a parish priest. As part of the celebration, which was also accompanied by mariachi, two cakes were distributed among those attending the event.