Protests across US after Supreme Court abortion ruling 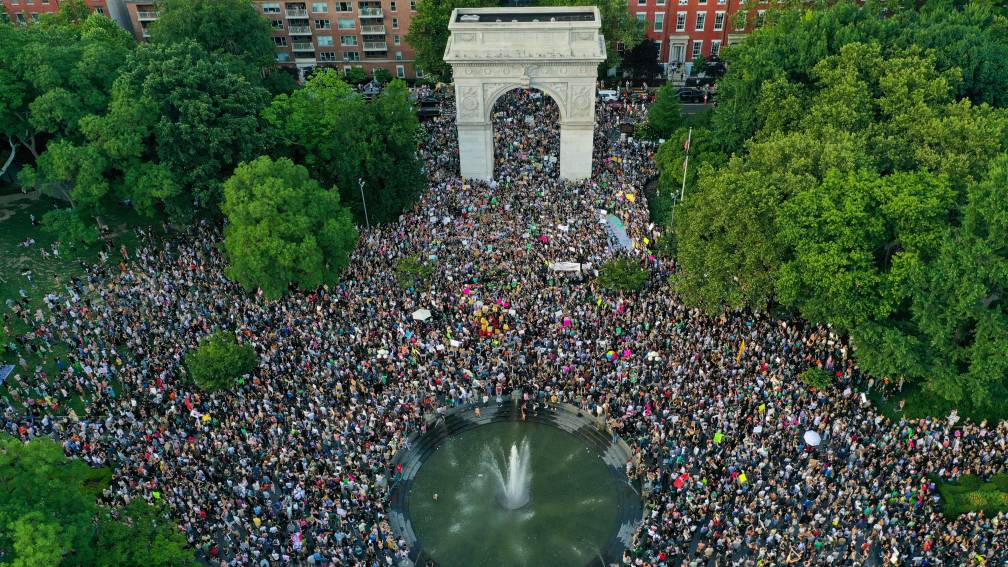 After the US Supreme Court’s decision to reverse the national right to abortion, people across the US have taken to the streets to protest. Dozens of demonstrations took place in large and medium-sized cities between Boston and Los Angeles. Most were relatively small in size; in New York and Chicago, among others, the demonstrations attracted thousands of people.

Gathered in New York according to the local branch of ABC News more than 10,000 people for a march. Women who walked along carried placards with texts such as ‘Keep your laws off my body’ and ‘My rapist has more rights than me’. The New York State Attorney General also joined the protest. Abortion remains legal in New York.

In Chicago, too, thousands of people took to the streets to express their anger at the Supreme Court’s decision. Chicago Mayor Lightfoot had urged women from states that now prohibit abortion to come to her city. “We will protect you and make sure your rights are respected,” she said at a news conference. Chicago is located in Illinois; that state is controlled by Democrats and will retain the right to abortion.