Despite a positive assessment unveiled yesterday by theRegional Health Agency on the water quality of bathing lakes in Haute-Garonne, the cyanobacteria spoil the party a bit. In August 2021, La Ramée had closed for a few days. This year, and while the summer has just started, it’s the Sesquieres lake which suffered the same sanction: following the proliferation of these micro-organisms, swimming was prohibited there for a week. 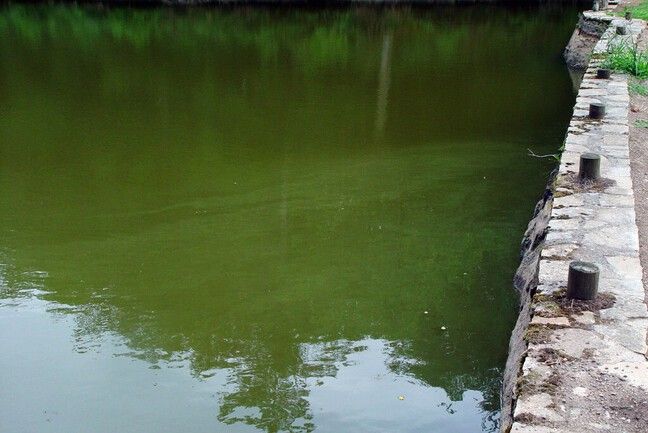 And for good reason. Also called blue algae, they can cause poisoning, vomiting, skin irritations and other health problems. On Monday, toxins were still present in Sesquières. But the ARS finally lifted the ban on Friday, after the results of the latest analyzes carried out on Wednesday which gave the green light to nautical activities and swimming.

Could the heat wave have something to do with it? On Friday June 17, the water in Sesquières Lake had risen to 30°. According to the Agency, more than global warming, the sudden rise in temperature could be the cause of the problem, by causing a phenomenon of turnover of water masses.

“Apart from global warming, we have not identified any other direct causes”, specifies Juliette Wilhelm, water and health coordinator for ARS 31. However, the agency specifies that the temperature of the water does not is just one factor among many. Precipitation, water agitation or the lack of predators (zooplankton) also favor the proliferation of these organisms, which are naturally present in the fresh waters of the lakes of Occitania.

Last year at La Ramée, the algae had appeared in the form of an efflorescence: the water had turned green. A first. In Sesquières, this time it was flocs of cyanobacteria that were observed, that is to say “upwellings which take the form of floating masses”, explains Juliette Wilhelm. Here too, the phenomenon is new, at least never previously observed.

Animals affected by this pollution

With the help of a design office, the agency is trying to understand the process to better prevent it, because when bacteria proliferate, there are few ways to return to normal. “When there are blocks of algae like in Sesquières, we can remove them to limit the release of toxins into the water, says Juliette Wilhelm, but when the bacteria are not observable with the naked eye, we really don’t want to do nothing. Except wait. Only time and changing weather conditions can reduce the number of bacteria to an acceptable level, safe for swimmers.

Even if the fatal risk is very rare for humans, in particular thanks to preventive actions, the ARS recalls that vigilance also and above all applies to animals: the latter must be kept away from closed sites so as not to drink polluted water. Each year, several dog deaths attributable to cyanobacteria are to be deplored in Occitania and throughout France.