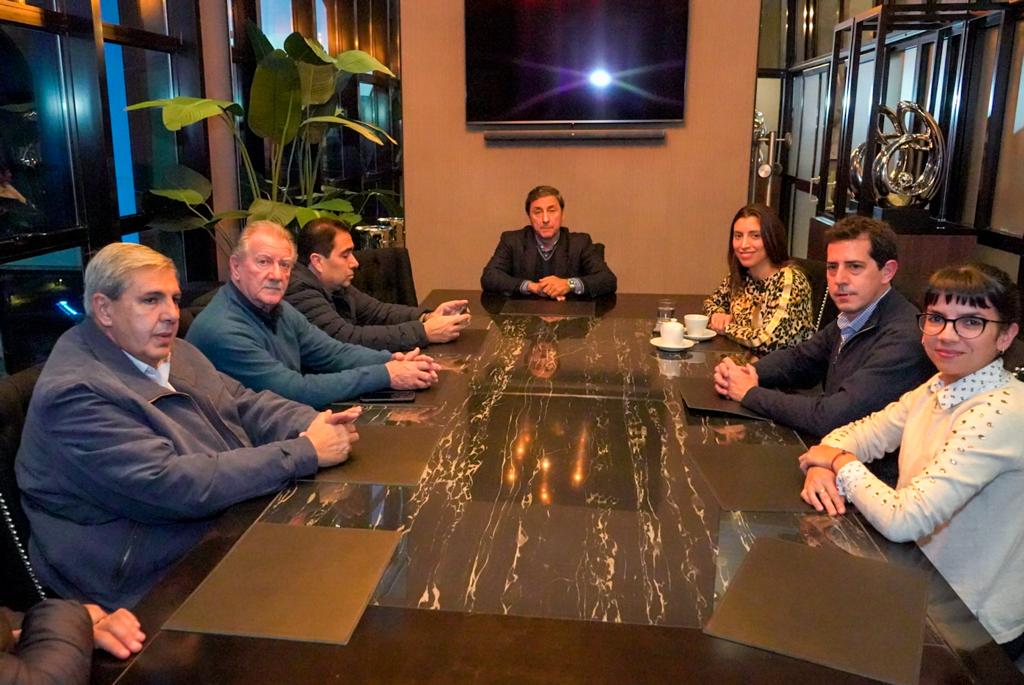 The Minister of the Interior, Wado De Pedro, will participate today in Santiago del Estero in a plenary meeting with 10 deputy governors from northern Argentina. The official arrived yesterday and will give a closing speech at the XLVI Plenary Meeting of the NOA Parliament, made up of the northwestern and northeastern provinces of the country.

It is an institutional space with which the governors of that region seek to gain political volume to pressure the national Executive in the distribution of resources to the provinces.

De Pedro landed yesterday afternoon in the capital of Santiago and met with the lieutenant governors in a downtown hotel. There they discussed aspects related to transportation, renewable energy generation, fuel and strategic works plan for the region. Provincial leaders emphasized to the minister the need to reduce the “asymmetries” that exist between northern Argentina and the center of the country.

Almost like a campaign tour, Wado continued his tour of Santiago with a visit to the headquarters of the local Justicialist Party. The official was accompanied by the Peronist lieutenant governors who participated in ParlaNOA and met with leaders of Peronism from Santiago.

On August 7 there will be municipal elections in Santiago del Estero and 26 mayors of the province will be contested. Governor Gerardo Zamora, close to Kirchnerism, promotes the campaign of the communal leaders of the Civic Front, his provincial space. During the meeting in the local PJ, De Pedro emphasized that “regionalization, discussion is needed” and stated that “a lot of militancy” will be necessary.

ParlaNOA began yesterday with a plenary session led by the deputy governors and about 100 legislators from the different provinces of the NOA and the NEA.

The organ returned to function after more than five years of interregnum. It is a legislative institution that articulates with the Regional Council of the Great North, made up of the governors of northern Argentina. 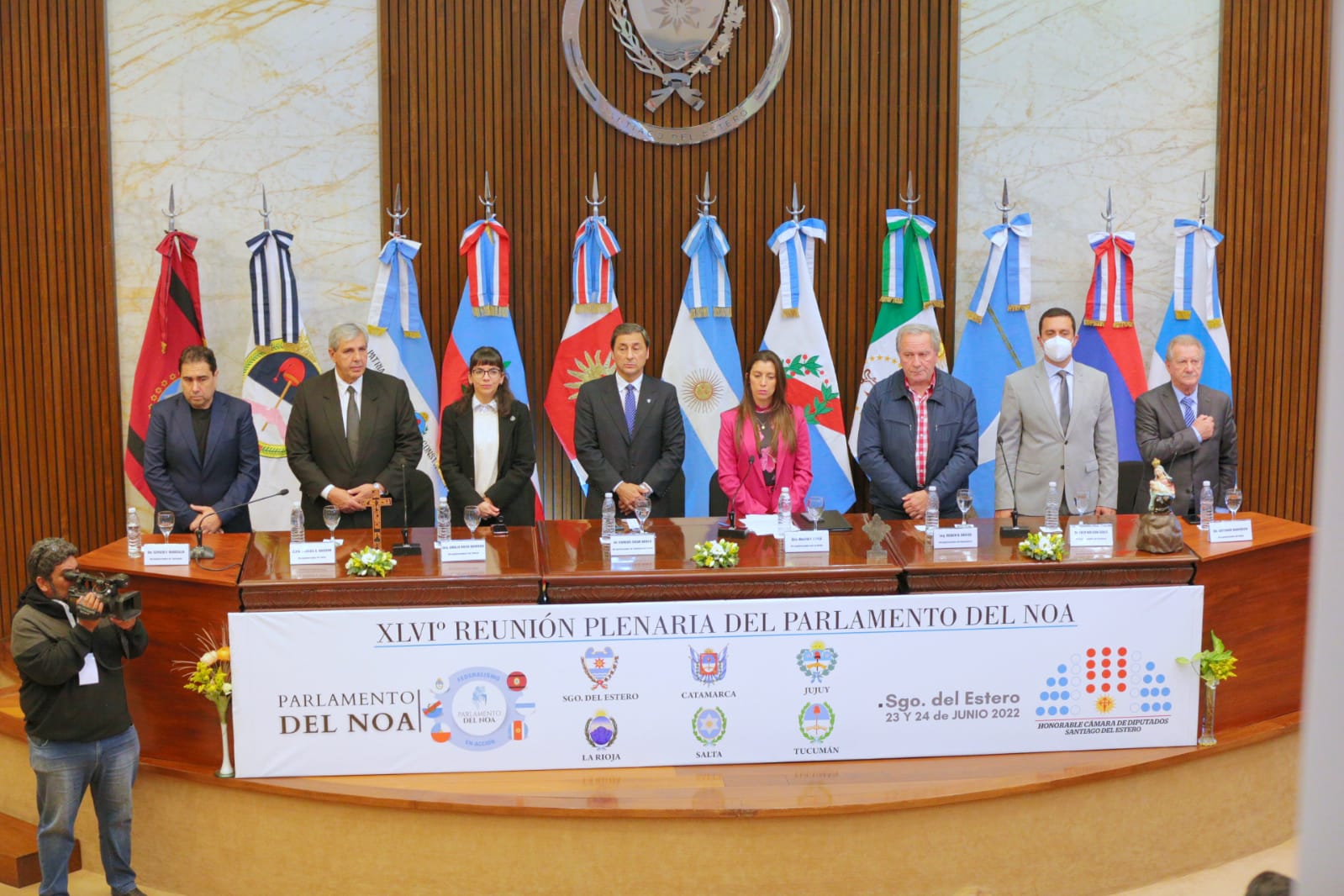 Northern Argentina represents about 20% of the country’s population -with 10 million inhabitants-, and covers 30.6% of the total area of ​​Argentina. However, the lieutenant governors insisted that there are “asymmetries” in the allocation of budget resources.

In May, the League of Governors of the North held its last meeting in which it demanded a “fair and equitable distribution of resources with federal criteria.” The plenary of ParlaNOA expressed itself in the same sense.

“Integration empowers us to articulate policies that are more likely to remove the asymmetries that exist in Argentina,” Antonio Marocco, deputy governor of Salta, told Infobae. The man from Salta explained that they do not intend to take “complaints” to the national government, although he stated that they demand “wise responses.”

Meanwhile, the deputy governor of La Rioja, Florencia López, who is president of ParlaNOA, emphasized transport subsidies. “We strongly request the national government to obtain a fair redistribution. More than 75% of the budget for that area remains in the AMBA to the detriment of the northern provinces”, demanded the Rioja.

In this axis, the host lieutenant governor, Carlos Silva Neder, called to “raise the flag of Argentine federalism to break the asymmetries that exist in Argentina.” From Tucumán, Sergio Mansilla said that the idea is to “become strong and accompany the governors to fight on issues that unite us to all the provinces of the Norte Grande.”

Another topic that was not lacking during the day was the economic one. The provincial leaders focused on the need to “promote the definitive takeoff” of northern Argentina. In addition, they questioned the rise in prices in the economy. “Inflation is the hardest tax that we Argentines have and it complicates production and development,” said Florencia López, from La Rioja.

Between folklore and goldsmithing

After the plenary session, the lieutenant governors shared a dinner with Wado De Pedro and Governor Zamora at “La casa del folclorista”, a Santiago grill. Between kid with potatoes and baked vegetables, the leaders talked in a relaxed way about regional and national politics and the economy with the minister.

The banquet was animated by local artists, who performed a folk repertoire. Zamora himself even dropped some guitar chords for the guests.

The regional meeting will end tomorrow with speeches by the local governor and De Pedro at the ParlaNOA assembly, which will be held in the Chamber of Deputies of Santiago. There, the deputy governors will formalize the entry of the NEA provinces (Chaco, Corrientes, Formosa and Misiones) into the legislative body, which from now on will be called the Parliament of the Great Argentine North.

In addition, the goldsmith Juan Carlos Pallarols will offer the “Rose of Peace”, as a symbol of the NOA Parliament. The craftsman made a shield made with bullets and artillery from the Malvinas war.