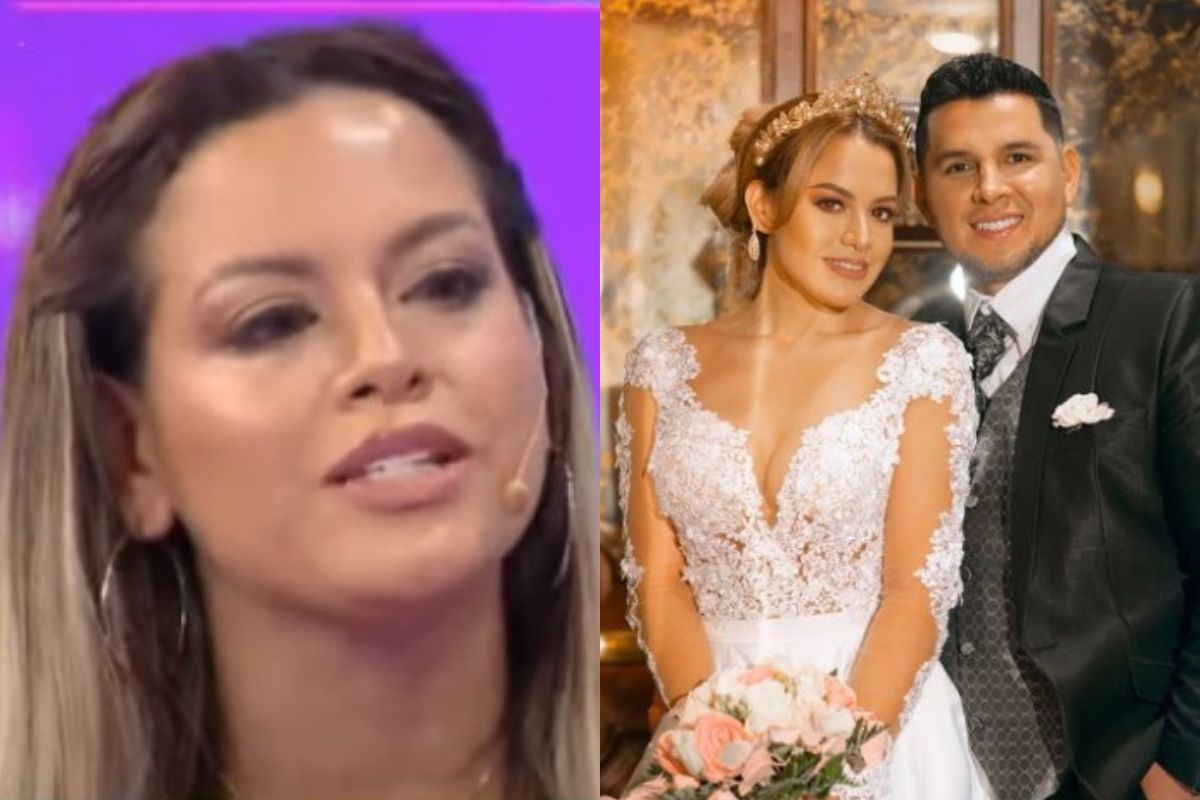 After several weeks in silence, Flor Polo Díaz told Magaly Medina’s show program about all the physical and psychological abuse she suffered next to her still husband Néstor Villanuena.

In the Magaly TV program: La Firme, Florcita Polo sat down and began to narrate how the cumbia singer mistreated and humiliated her at home, and in many cases in front of her little ones who evidenced everything that her mother suffered next to Villanueva.

Susy Díaz’s daughter, tired of the mistreatment she experienced, took courage and went to denounce the man with whom she had been married for thirteen years. In December of last year, after another episode of fights and domestic violence, she went to her mother to tell her everything she had been suffering. “Before I didn’t want to tell my mom because I didn’t want to worry her and it was only on December 24 that I told her about the things that were happening.,” Florcita pointed out.

In conversation with Magaly Medina, the conceited Susy Díaz said that it was her eldest son, Adrianito, who asked her to separate from her father, because she could not bear to see her parents argue harshly in front of him.

“It was many years that I endured, many things until a moment came when my own son told me to get a divorce. That was when I made the decision.”commented.

When she finally decided to confess that Néstor Villanueva physically abused her when they were together, her 10-year-old son congratulated her for doing so, since he witnessed everything that happened in the four walls of her home.

“I am no longer the Flower of 2014, who was involved in scandals. Now I am a thinking Flower, who before answering something thinks because my children are watching. My son knows that I was going to be here (on the set of Magaly TV La Firme). He told me ‘well mom, I know you’re going to tell the truth’”he stressed.

Florcita Polo appeared on the program Magaly Tv: La firma to publicize the difficult moments she experienced alongside Néstor Villanueva.

At another point in the interview, Flor Polo Díaz pointed out that her children no longer see their father as a “hero”, but on the contrary, they are very afraid of him due to the heated discussions, disrespect and even blows that occurred in House.

“One day it almost went on top of him. I told him ‘no, son, nothing happened’. That 10-year-old boy has seen a lot of things. He has already gone to the psychologist and has told everything. I don’t want to go into details, but yes (he has seen abuse). Néstor Villanueva knows everything that happened between the two, many things have happened and I have put up with too much”held.

The young businesswoman revealed that with the money she received from the inheritance of her father Augusto Polo Campos they bought an apartment, which Néstor Villanueva has kept and so far has not paid him.

“He told me to lend him the money for the down payment on the apartment, he never returned it to me. That house was supposedly for us to live there; but it was with the money that my father left me and until now he has not returned it to me”, he added.

Florcita Polo said that she feels quite intimidated by Néstor Villanueva, so she asked for guarantees for her life, since he threatened her after learning that she was not going to withdraw the complaint she made against him.

“With the way he behaves sometimes he scares me, every time he comes to see my son, he trembles and even I for all the things that have happened,” said Susy Díaz’s daughter.

Polo Díaz indicated on the set of Magaly Medina that he does not plan to withdraw the complaints of mistreatment he suffered from the father of his children and that he will not rest until he obtains a divorce from Villanueva.

“I am not going to withdraw complaints, I have several witnesses, friends and relatives who have seen various abuses. Because he is blackmailing me to withdraw the complaints if he didn’t sign the divorce papers.”he pointed.

The lawyer Israel Castillo de Flor Polo Díaz pointed out that they are giving Néstor Villanueva a period of 48 hours to start the divorce proceedings, otherwise the separation process will begin through lawsuits.

“I want to clarify that Mr. (Néstor) has not signed the divorce, he has only signed the conventional separation divorce application, by notary. In addition, he is not complying with the alimony either, ” explained the lawyer.

On the other hand, Flor Polo Díaz stressed that Néstor Villanueva has not spent a single sun since his marriage, nor when they lived together, nor in the management of conciliation and custody of their children.

“He is used to not paying because when we got married he didn’t spend a single sol out of his pocket. I took care of the expenses, my mom has always helped us, I thank her because she paid the rent for the apartment, she even paid for my children’s diapers. The rest I had to pay”, he finished.

Florcita Polo Díaz confesses that Néstor did not pay any of the expenses of the house. Video: ATV/ Magaly Tv: La Firme.

Florcita Polo confessed that she made the decision to divorce Néstor Villanueva at the request of her son Florcita Polo’s son defended her from Néstor Villanueva’s mistreatment: “That child has seen a lot” Ricardo Rondón does not remember if he insulted Magaly Medina: “If you show it I apologize in advance”