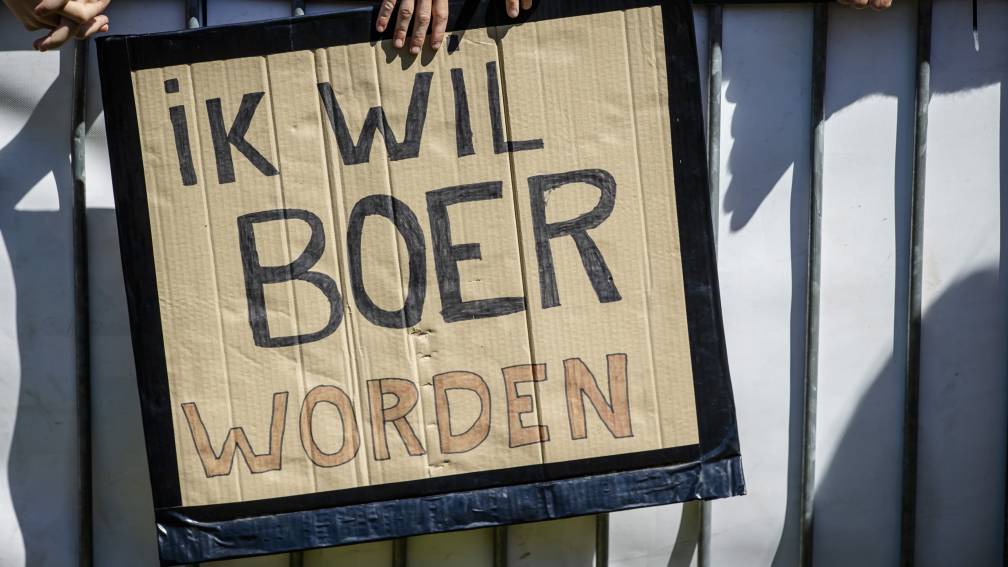 Barneveld was the scene of yet another protest on Wednesday, but it was not the first time that farmers gathered in the Gelderland municipality. Hundreds of farmers gathered 37 years ago in front of the then agriculture minister Gerrit Braks. The reason: the introduction of a milk quota, after Braks had already banned farms from expanding further.

The import of the milk quota 37 years ago was one of the first, but certainly not the last, measure that led to farmers’ protests throughout the Netherlands and Europe. But why do farmers feel so threatened in their existence, and is that fear justified?

At the beginning of 1962, six European ministers met for over 140 hours to discuss agricultural policy. Their aim: to support the agricultural sector, to guarantee farmers’ prosperity and a stable food supply in Europe.

Not much later, the Common Agricultural Policy of the European Union (CAP) was a reality. The new partnership between European countries was supposed to make farmers’ lives a lot easier.

The policy was enthusiastically received by the farmers, but it did not last long. In the 1980s, governments in The Hague and Brussels decided to cut back government support for farmers considerably, because government spending became too high. As a result, the prices of agricultural products such as dairy and grain fell significantly.

To show their dissatisfaction with the new policy, hundreds of farmers drove their tractors to The Hague on 1 March 1989. Protesters broke into the premises of the Social and Economic Council (SER), sprinkled it with peas and lit a fire outside the building. The farmers did not want further price cuts and reasonable environmental measures. The government did not give in.

A year later, when a D66 MP wanted to submit a motion against falling grain prices in February 1990, another 600 farmers gathered in The Hague. The demonstrators drove to the Binnenhof and blocked the entrance with their tractors.

Not much later, the VVD already hinted at “reducing the livestock”. In 1994 the pig law was introduced: farmers had to reduce their pig stock by 25 percent. According to the then cabinet, this reduction is inevitable in order to tackle the manure surplus. The government does not offer financial compensation for the remediation.

More attention for the environment, less for farmers

Although the CAP was intended to make life easier for farmers, the focus of European regulations has shifted further away from farmers and towards the environment. A new, reformed CAP was adopted in December 2021. The new legislation, which will start in 2023, focuses on making European agriculture more sustainable. A large part of this is the well-known nitrogen problem, which is causing farmers to protest en masse again.

Yet it is a fact that Dutch farmers are responsible for about 41 percent of the nitrogen precipitation in nature areas and it is therefore no surprise that agriculture has to do something about it.

Return plan: peak and regional plate and other restrictions for this holiday Monday

Municipalities remove risky trees in the metropolis before the rains

The Marseille court declares itself incompetent to judge EDF