Diego Rebagliati to the leaders who do not show their faces: “There is cowardice and a lot of ‘What are these hoofed journalists going to ask me?'” 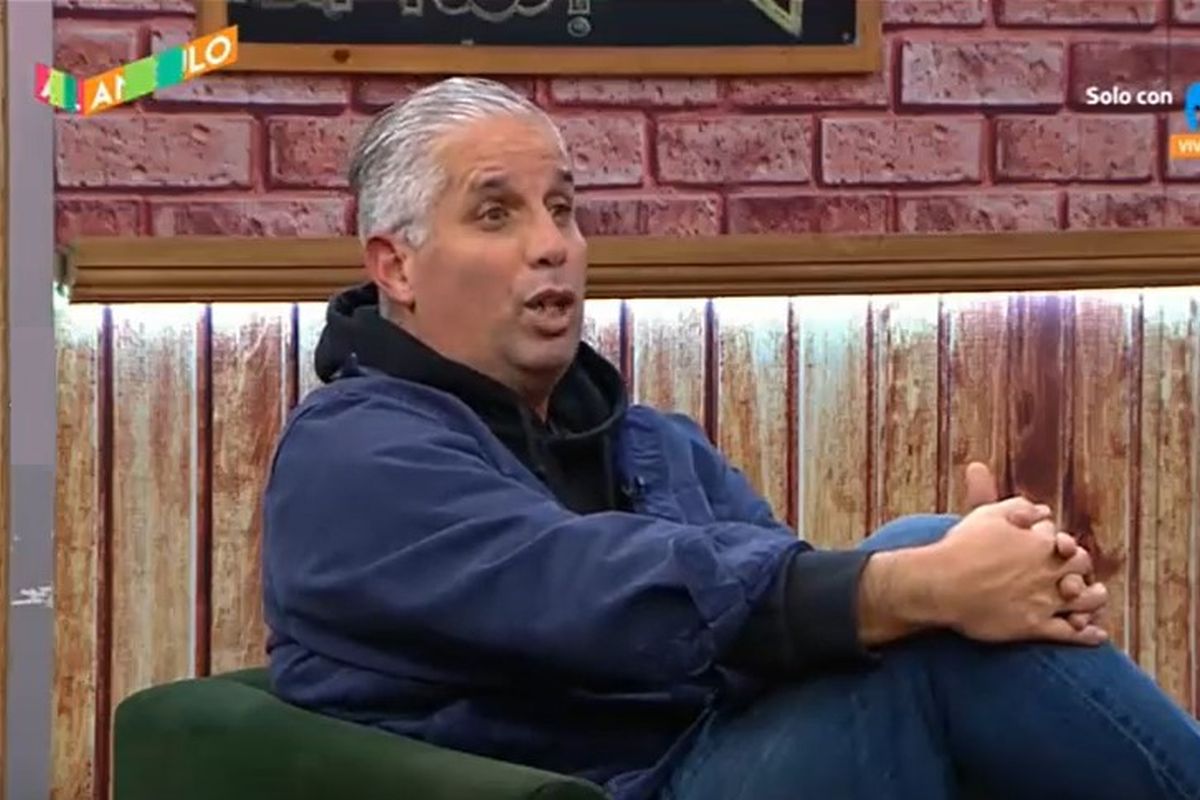 Diego Rebagliati on leaders who do not show their faces: “There is cowardice and a lot of ‘What are these hoofed journalists going to ask me?'”

Former soccer player Diego Reblagiati was harsh with the leaders of Peruvian soccer and the dispute between some clubs in League 1 and the Peruvian Soccer Federation (FPF) after the failed match of the Peruvian team in the playoffs for the Qatar 2022 World Cup.

The University of Sports, Alianza Lima and Cienciano clubs issued a statement informing that the FPF has been asked to render accounts at the completion of the World Cup cycle for Qatar 2022 and the list of the delegation that traveled on the red and white plane. Hours later, the Peruvian soccer entity responded by denying receipt of the request in question and assuring that it is “handled in a professional and transparent manner.”

Reblagiati was unhappy with the situation. “I am fed up with the communiqués, it is time for the leaders to come out and show their faces. At least to yell or fight, but let them go out and fight like men. Let them go out and fight like the leaders used to do before when they gave a statement and the other answered. Now everything is communicated, surely done by lawyers, very long and very boring to read that say nothing. The only thing they do is mark positions that some are on one side and others on the other”.

Then, the panelist of the Movistar Deportes program Al Ángulo referred to the change in position of Sporting Cristal in relation to the FPF.

“There are some teams like Sporting Cristal and Melgar that were normally on one side and are now on the other, it would be good if they came out to explain why they changed their position. In the case of Cristal, one sees the commissions that exist in the Federation (FPF) and Cristal has the vice-presidency of League 1 with Joel Raffo and they have two members in the minors commission. So, one can deduce that there is a decision by Cristal to work from the inside and we will try to do things as we see fit. But it would be good that after having a historical opposition to this Federation, they communicate it. If they are convinced that Joel Raffo should come out, say it and accept questions, that the press officer should not write a note to him, ”he pointed out.

Rebagliati abounded in his request to the leaders to give the explanations in a correct and timely manner. “It is a way that can be very modern, but it seems to me not very brave. The other day Juan Carlos Oblitas came out to speak at a very difficult time and in the old way he stood up and received questions. He didn’t like some questions, others seemed boring, but he sent a message”.

In addition, it was hard when he tried to explain a possible hypothesis about the silence of the Peruvian soccer leaders in the face of the post-repechage situation and the marked differences in the system that involves national soccer.

“The Peruvian Federation responds with another statement. Let Agustín Lozano come out and speak. What problem does Lozano have going out and talking? A ruling came out in his favor in ordinary justice, let him come out and speak. There is a fear of showing one’s face, of speaking as if the press were eating. There is a mix. I don’t know if it’s fear or contempt to communicate. I’m not clear. There is a lot of cowardice, but there is also a lot of ‘What are these hoofed journalists going to ask me? and the people who find out how they can’. That is wrong because part of football is the public. The most important thing is the fan and the fan must be respected and things must be communicated to them”, he concluded.

THE ALLIANCE COMMUNICATION, THE ‘U’ AND CIENCIANO

The joint statement of Alianza Lima, Universitario and Cienciano in relation to the FPF’s request for accountability

THE RESPONSE OF THE FPF 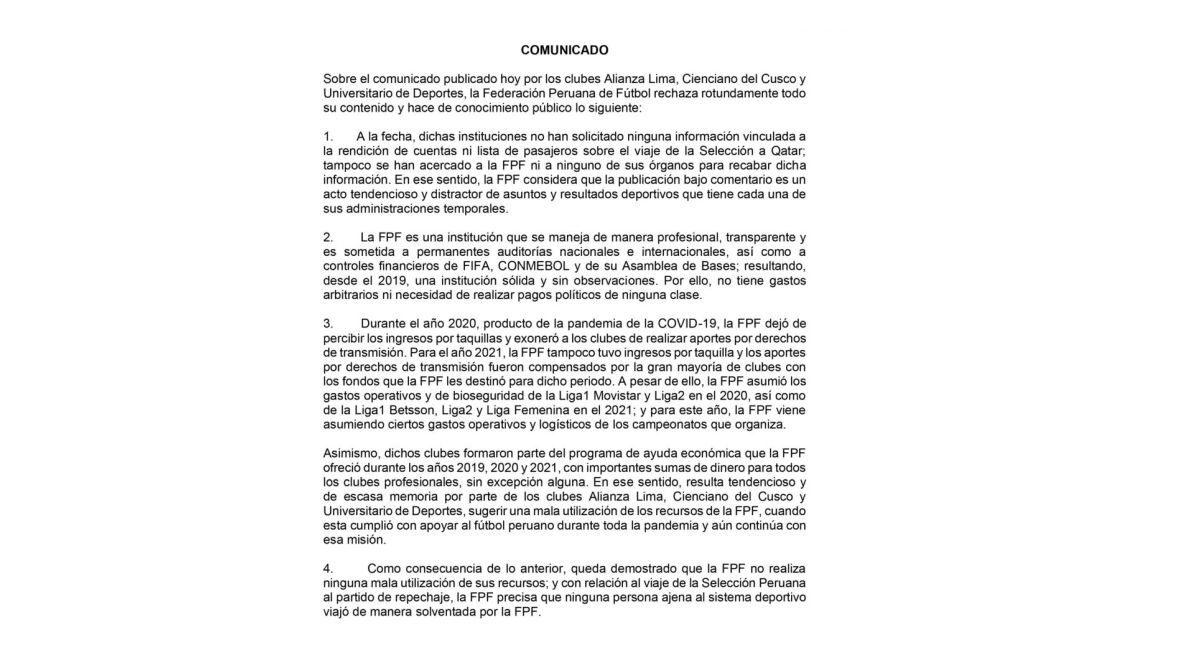 Statement from the Peruvian Football Federation (1) 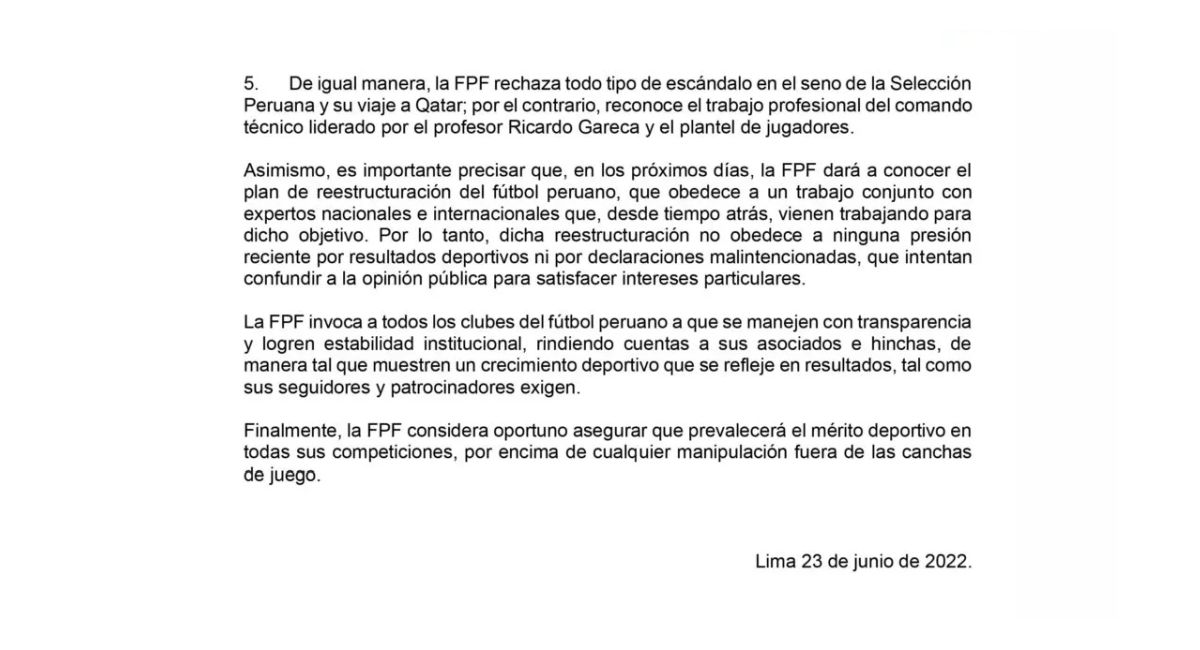 Statement from the Peruvian Football Federation (2)