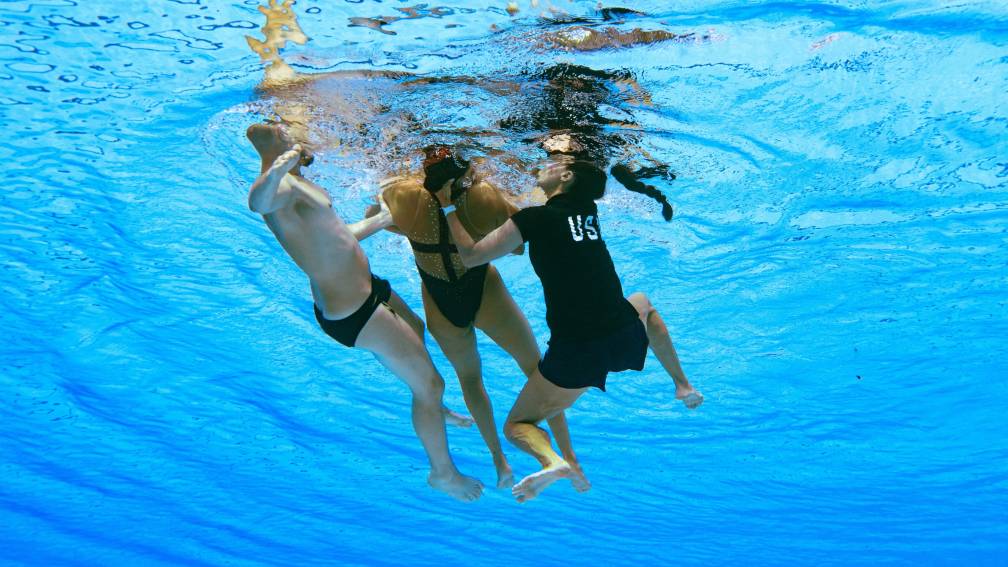 They are always there, but usually have little to do, the lifeguards at swimming championships. Lifeguards for professional swimmers. But at the World Cup in Budapest on Wednesday evening, a body suddenly fell to the bottom of the pool.

Synchronized swimmer Anita Alvarez floated motionless into the depths. Her coach Andrea Fuentes immediately realized that something was wrong and dived into the bath without a doubt. The lifeguard, who was also immediately on edge, went after it in no time. The American was retrieved unconscious and laid on the side. A moment later she came to again.

“Everyone is shocked”, Cees-Rein van den Hoogenband, chairman of the medical committee of the world swimming association Fina, summarizes the first reactions from swimmers and the public.

“It was frightening,” Spanish newspaper Marca quoted coach Fuentes as saying. “I had to do it because the responsible lifeguards did not intervene.” Noise at the edge of the bath. Because isn’t it strange that the coach intervenes faster than the lifeguard?