Spitse praised for 200th international match: “You rarely see a player like her” 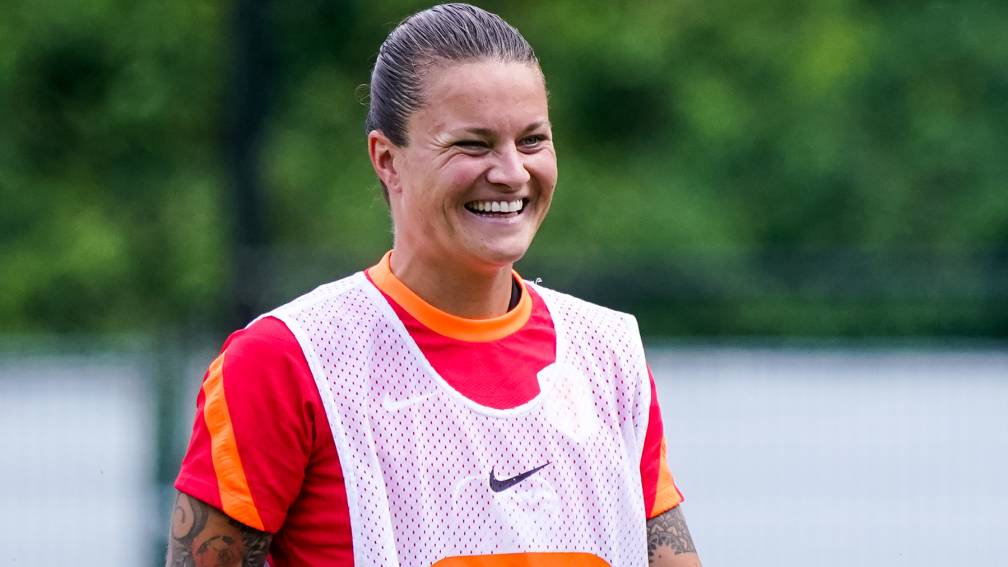 “I have been playing in Orange for half my life. And I am very proud that I will play my 200th international match tomorrow,” said Sherida Spitse at a press conference in Leeds. There, the Orange Women will kick off their practice campaign for the European Championship tomorrow evening with a friendly match against host country England.

“When I started playing football as a child, I dreamed of playing for Orange. I never thought that I would make my debut when I was sixteen. That was against England. It is special that we play against them again, as if it were so should have been.”

Captain’s armband and against Wiegman

The now 32-year-old Spitse called it very special that she will wear the captain’s armband against England tomorrow, which is normally around the arm of goalkeeper Sari van Veenendaal. She thinks it is just as special to record Sarina Wiegman, the England national coach who was so successful with Orange for years.

“It’s going to be my day tomorrow,” Spitse laughed. “But for me it is mainly about the performance of the team. This practice match against a top country like England will be very important in the preparation for the World Cup qualifier against Belarus (next Tuesday, ed.) and for the European Championship.

That last comment could count on an approving nod from national coach Mark Parsons, who was sitting next to Spitse. “Sherida has just given a masterclass press conference,” said the British coach of Orange.

“In everything she said, you could see that with her mindset she is completely in the process. Every answer she gave was about the next step. She knows exactly what the end goal is and what steps lead to it.”

That is why Parsons regularly has Spitse address the players of the Orange squad. With the European Championship just around the corner, that will only happen more often.

“We showed images of a very young Sherida in the training camp,” says Parsons. “What she will achieve tomorrow, playing 200 international matches, that is really an enormous achievement. Nobody in the Netherlands comes close and everyone wonders how Sherida does that. In the video you saw certain character traits and behavior that you need to achieve this. to perform,” Parsons praised his captain.

“Truly, her standard is higher than any other player. She has maximum focus every day and an enormous eye for detail,” the national coach continued. “And she has a hard time when other players don’t have the same level of focus. She tries to pull them to her level and keeps reminding them of her standard.”

“Every top team needs a player like Sherida to perform. She is a huge winner in everything she does. You rarely find such players. I think it is wonderful that tomorrow we will be celebrating Sherida’s special milestone.”

At the friendly match against Finland on July 2 in Enschede, the KNVB will put Spitse in the spotlight, then her friends and family will also be in the stands. “I think that appreciation is very special,” says Spitse. “Normally I never look back and I just want to go on and on. With this milestone I will really pause for a moment, it does something with me.”

She has no plans to stop just yet. “250 international matches? Who knows, it’s possible. As you get older, you recover more slowly. I will have to take good care of my body. But if we play a few more great tournaments with the Orange, it can go quickly.”