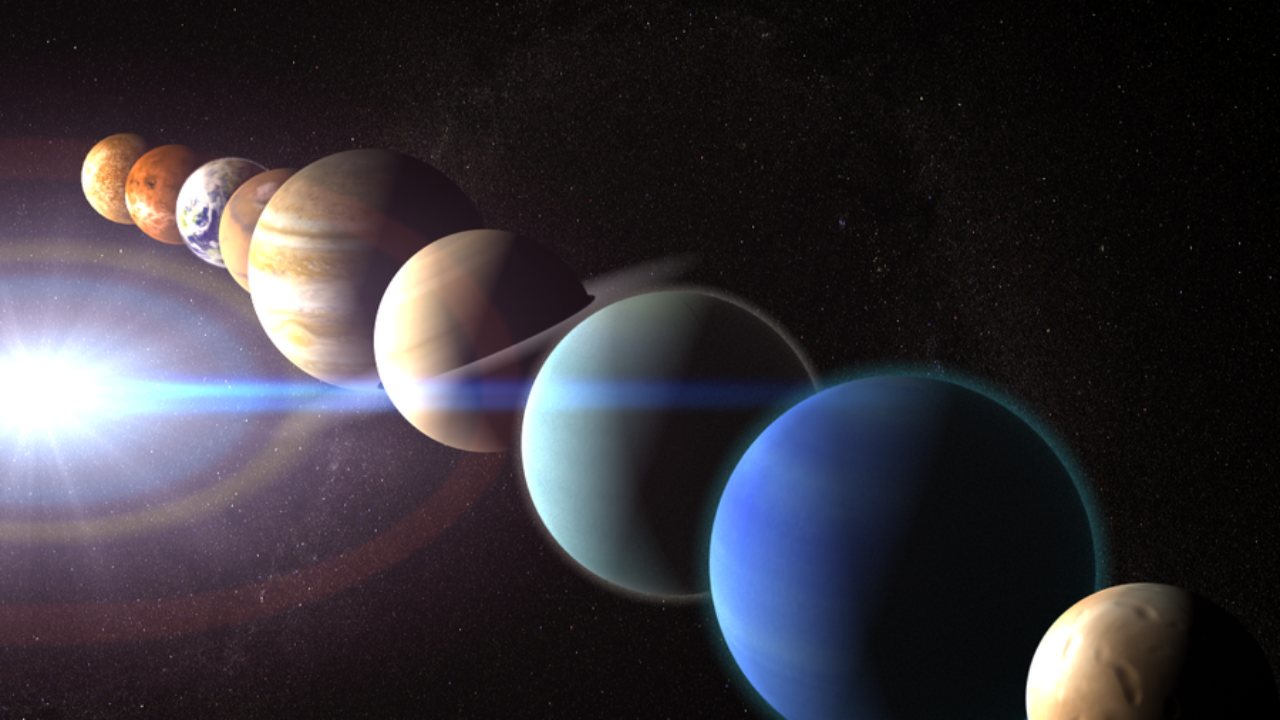 This Friday, June 24, the planets Mercury, Venus, Mars, Jupiter and Saturn will be aligned half an hour before sunrise and will extend diagonally from the east. This global phenomenon can be seen in Peru.

This has not happened since 2004, 18 years ago, and the next time will be in 2040. It will be possible to see it without the need for telescopes or special objects, however, if a much better image is required, binoculars can be used. Although Neptune and Uranus will also be involved, they will be more difficult to detect. The planets can be distinguished in the sky in the same order in which they are located with respect to the sun.

The National Service of Meteorology and Hydrology of Peru (Senahmi) explained, through its Twitter account, that the alignment of the planets may be visible in Puerto Maldonado (Madre de Dios), Ica and Tacna.

“Alignment of planets. From June 23 to 24, when the Moon (in the waning phase) is located between Venus and Mars, ”the technical body wrote on the social network.

To see the phenomenon, you must be attentive half an hour before sunrise. If the sky is clear there will be no problem appreciating the event. Even if you want to see the planets separately, there are several dates: Saturn (July 9), Venus (June 26) and Mercury (June 27).

Although some skies are polluted by light, the planets mentioned are too bright to be noticed, so there will be no problem to capture them guided by the crescent moon. 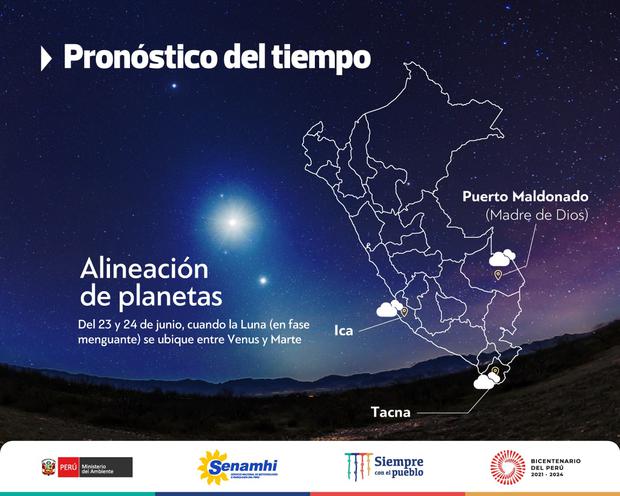 The planetary alignment is never lined up in a row as is usually intended in the images. There is no perfectly straight row because the orbs move in different orbits and planes in three-dimensional space.

Actually, what is seen is the planetary configuration in the same quadrant, although it is very rare; and approximately at a 90 degree angle to each other; this usually only happens every 200 years.

In astronomy the alignment of two or more planets, seen from Earth, is called a conjunction. NASA mentions that the planets can be aligned with the sun or seen in a line with the earth at an angle from the sun.

According to the Merriam-Webster Dictionary, if at least three bodies are aligned in the same gravitational system it is called syzygy. An example is a solar or lunar eclipse.

This spectacle will be very impressive and the next time the planets will be seen close together will be in 2040 due to their different orbits and inclinations.

There is no exact number of times the planets have aligned. The last time was in 2004 and the next time will be in 2040. Astronomers indicated that conjunctions are not as rare as it seems, but the alignment of the five planets happens every so often.

Argentine students designed a satellite, were chosen by NASA and were among the 10 best in the world How Big Data is helping farmers adapt to climate change China discovered evidence of water on the Moon in real time

Beware of this infox on electric car batteries