Caspar Corbeau was unable to stunt in the 200-meter breaststroke at the World Swimming Championships in Budapest on Thursday. The Dutchman finished seventh and penultimate in the final. In the 100-meter butterfly, Nyls Korstanje missed the final battle despite a new Dutch record.

The 21-year-old Corbeau recorded a time of 2.09.62 in the final of the 200-meter breaststroke. The gold went to American Zac Stubblety-Cook with 2.07.07. The Japanese Yu Hanaguruma and the Swede Erik Persson shared the silver with 2.08.38.

Arno Kamminga was missing in the final battle. The 26-year-old gold contender decided to withdraw from the semi-finals on Wednesday, because he did not feel fit enough.

Earlier in the evening, Korstanje was just short of a place in the final in the 100-meter butterfly. With 51.41 he did improve his own Dutch record from last year at the Olympic Games in Tokyo by thirteen hundredths.

The 23-year-old Korstanje swam the ninth time in the semi-finals, while the best eight swimmers qualified for the final battle. He was thirteen hundredths slower than the number eight, the American Michael Andrew. On Tuesday, Korstanje surprisingly took bronze in the 4×100 meters with the mixed relay team.

In the 50-meter freestyle, Thom de Boer and Jesse Puts also failed to reach the final. De Boer was twelfth in the semi-final with 21.99 and Puts did not go further than fifteenth with 22.02.

Despite a new Dutch record, Nyls Korstanje was just short of a place in the final. 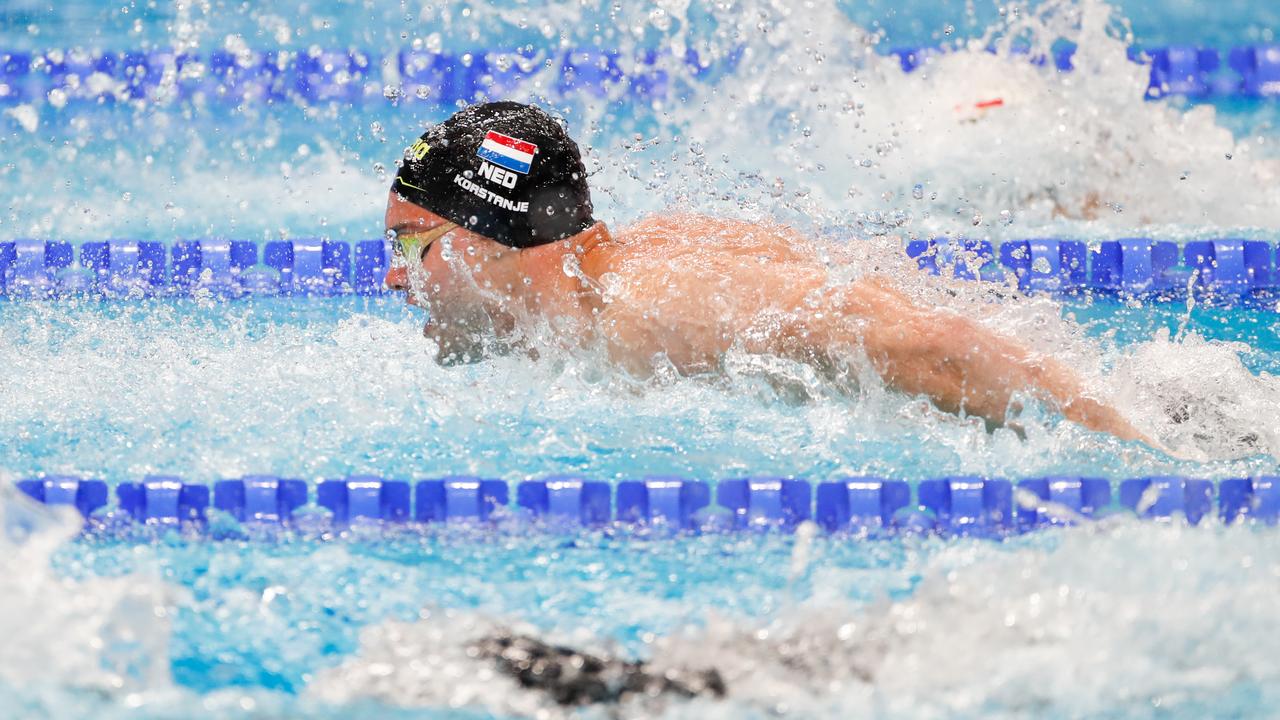 Despite a new Dutch record, Nyls Korstanje was just short of a place in the final.

In the women’s race, Maaike de Waard narrowly qualified for the final of the 50-meter butterfly. The Dutch scored the eighth time in the semifinals with 25.75. The experienced Swedish Sarah Sjöström swam the fastest time with 25.13.

“Number 8 is just enough”, De Waard exulted in front of the NOS camera. “It wasn’t a flawless race, but I’m happy to be in the final.”

Mollie O’Callaghan won the world title in the 100-meter freestyle. The eighteen-year-old Australia tapped in 52.67 and stayed ahead of Sjöström (52.80) and the American Torri Huske (52.92) in the queen’s number.

Maaike de Waard was eighth and last to advance to the final in the 50 meter butterfly. Maaike de Waard was eighth and last to advance to the final in the 50 meter butterfly.