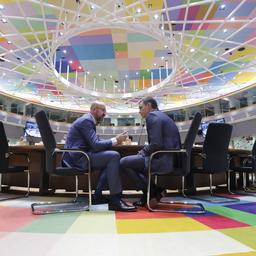 Ukraine and Moldova are officially eligible for candidate membership of the European Union. Charles Michel, President of the European Council, announced this on Thursday evening.

The heads of government of the 27 EU countries all agreed on Thursday evening at a meeting of the European Council to grant Ukraine and Moldova candidate membership.

Awarding candidate membership is for the time being a fairly symbolic gesture to offer Ukraine and President Volodymyr Zelensky prospects for the future now that the country is burdened by the Russian invasion. It is also a signal to Russian President Vladimir Putin.

But for now it seems that it will remain with candidate membership. It is expected that it will take years before Ukraine can actually join the EU. Nevertheless, in Brussels there is talk of a historic day.

Ukraine will have to meet a number of conditions to actually join. For example, the government in Kyiv must step up its fight against corruption and strengthen the rule of law and democracy.

Zelensky speaks in response to the news that his country may become a candidate for EU membership of a “unique and historic moment,” writes Reuters news agency.

Garín reaches the quarterfinals after winning an epic battle

Veracruz: Seven members of a family are murdered in Boca del Río

Provinces fear delays in nitrogen approach: where is the money?