After more than a year of house arrest, Aung San Suu Kyi is now in solitary confinement 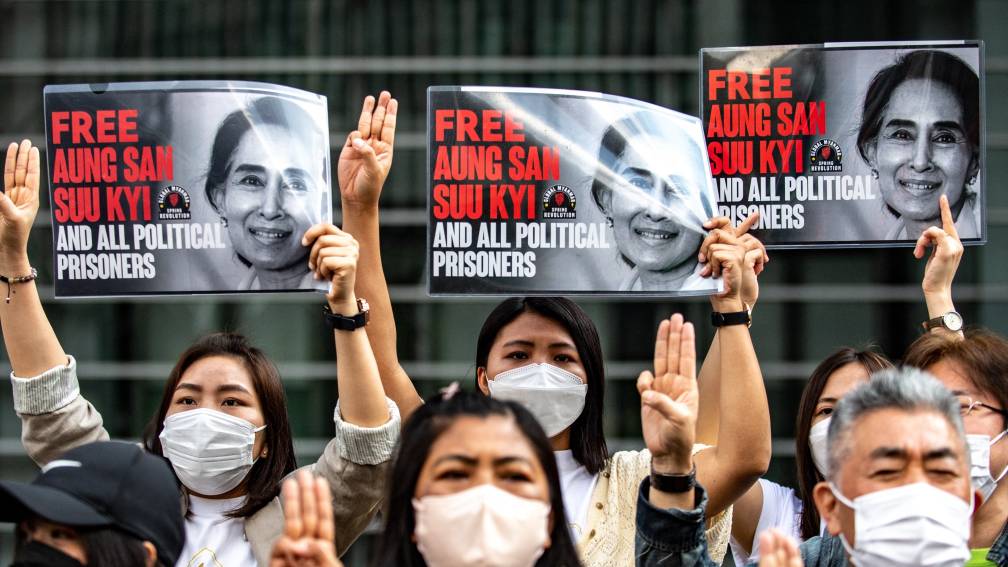 Myanmar’s deposed government leader Aung San Suu Kyi has been in solitary confinement for several days. Nearly a year and a half after being placed under house arrest, the Nobel laureate was transferred this week to a prison in the capital, Naypyidaw.

The military rulers of the East Asian country have made this known in a statement. Aung San Suu Kyi is in good health, an anonymous source told AFP news agency.

The 77-year-old leader was recently sentenced by a military court to 11 years in prison for corruption and sedition, with more lawsuits pending. Those sessions will probably take place in the prison complex. It is a political mock trial, say human rights groups and opponents of the military regime.

Suu Kyi was arrested on February 1 last year during the coup. Much of the time she was under guard in her own home in Yangon city. She was later transferred to an unknown location, believed to be a military base.

A UN special envoy recently called the situation in Myanmar a civil war. Various armed groups are fighting more or less unitedly against the government army. The opposition claims to control about half of the country.

An estimated 14,000 Myanmarese have been arrested in the aftermath of the coup for resisting the military rulers. About 11,000 of them are still incarcerated.

Suu Kyi has been under house arrest for a long time. Under the previous military government, she was not allowed to leave her home for about 15 years. At the time, she was awarded the Nobel Peace Prize for her role in the democratization of Myanmar.