3×3 basketball players to the intermediate round at the World Cup, in which Lithuania is the opponent 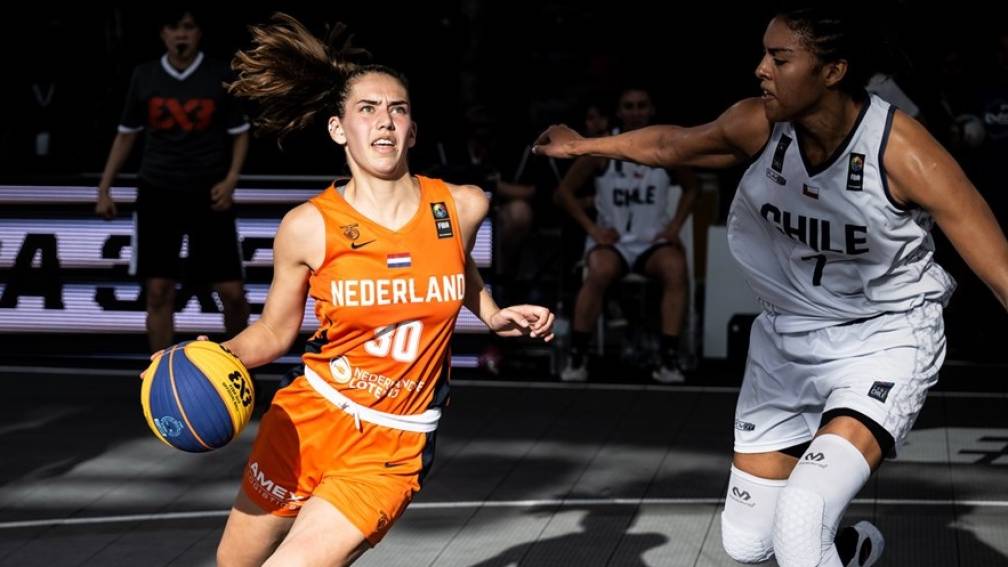 The Dutch 3×3 basketball players have qualified for the intermediate round at the World Cup in Antwerp for a place in the quarter-finals. On Thursday, Chile won (21-18) and lost to Canada (12-21), meaning the Dutch finished third in Group D behind Spain and Canada.

Next Saturday, Lithuania will compete in the intermediate round. The quarterfinals are also scheduled for the same day.

Two days ago, the women came into action in Belgium for the first time, also with varying degrees of success. Israel (17-11) was beaten, but Spain (9-22) proved much too strong.

At the World Cup, there are four groups of five countries for both men and women. The winners of the group go directly to the quarter-finals. The number two and three from the group stage play an intermediate round.

The tournament in Antwerp lasts until Sunday, when the semi-finals, consolation finals and finals will be played.