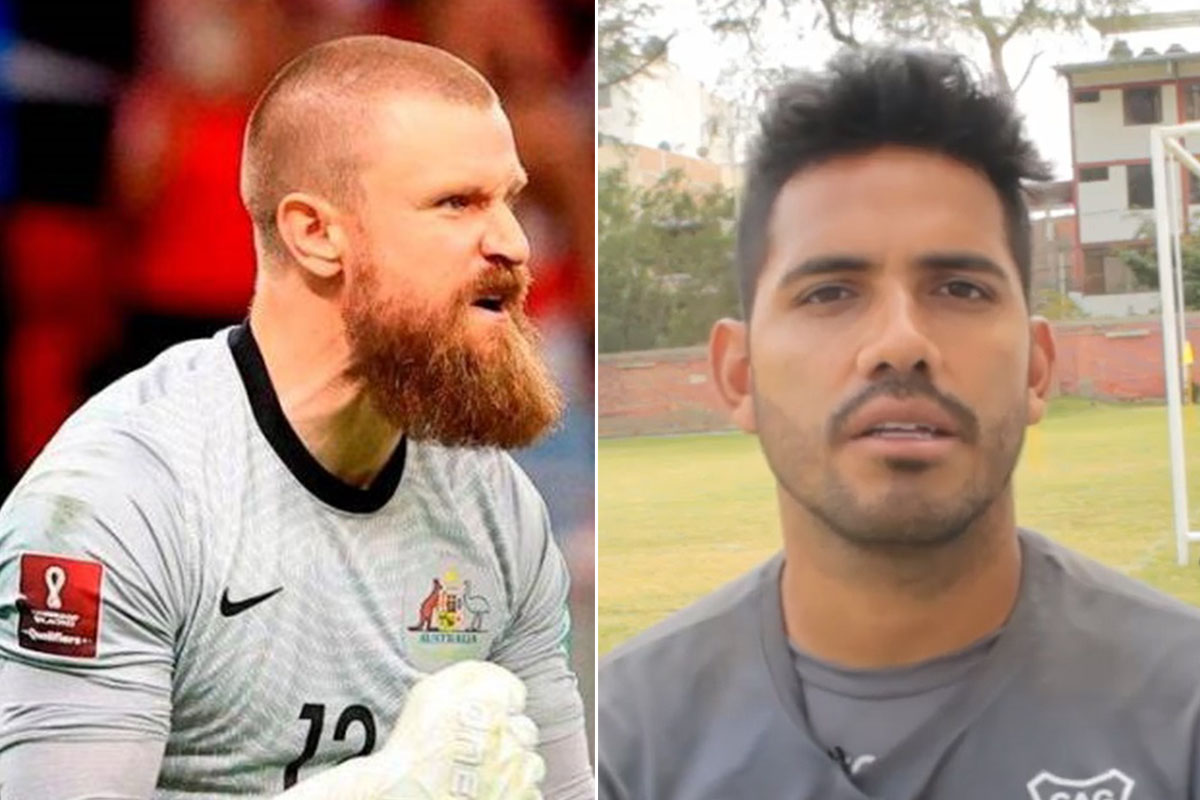 Raúl Fernández spoke about the actions of the Australian goalkeeper against Peru.

Andrew Redmayne, goalkeeper from Australia, was one of the great surprises and figures of his team, which won the national team in the penalty shootout in the playoff prior to the Qatar 2022 World Cup. His performance went around the world, but above all for his actions from the twelve steps. In this sense, he received strong criticism from Raúl Fernández, who described him as “disloyal” for a liveliness he had with Pedro Gallese.

And it is that the goalkeeper of the ‘Socceroos’ grabbed the bottle that the ‘Octopus had with the notes of the rival pitchers and threw it behind the advertising panels that are located in the back of the goal. In fact, the television cameras captured that moment in which he tried to take advantage of that action. For this reason, the ex-soccer player of the ‘blanquirroja’ attacked the oceanic.

“That is unfair. That is not ‘fair play’. On the contrary, that seems rude to me. I think Pedro didn’t realize it because otherwise he would have gotten angry. I pulled his beard (laughs). Throw the paper away or what do I know, something worse would have happened. Suddenly even something stronger and that he could cut penalties ”said the current Atlético Grau de Piura goalkeeper in an interview for Willax Deportes.

Indeed, Gallese did not notice that moment, just before Craig Goodwin’s execution, which ended in a goal. From then on, the Aussies converted all of their executions, with Ajdin Hrustic, Jamie Maclaren and Awer Mabil hitting their shots. Although according to what the Orlando City goalkeeper himself clarified, that did not affect him, since he had everything in his head. “I had studied it, simply the help of the bottle and the leaf was something extra. I had it all in my head”recently declared for Canal N.

Peru lost in a penalty shootout and said goodbye to the Qatar 2022 World Cup. (Video: ESPN).

READ ALSO: The “vividness” of Redmayne, goalkeeper of Australia, with Pedro Gallese in the penalty shootout of the Qatar 2022 playoff

Now, that was not the only thing in which Redmayne sought to benefit, because in each throw of the Peruvians, he moved on the line of his arc from one side to the other, making movements with his arms in a clear intention to deconcentrate their rivals. That is why he was considered a ‘dancer’.

Fernández did not consider it as something out of the ordinary, but rather as a totally valid strategy. “Actually, I don’t think he’s a clown at all. He was smart and I think he was lucky to catch them. That is his technique and it is respected.”assured.

In that sense, the former Peruvian team was uncomfortable with the FIFA regulations, which require that the goalkeepers not leave their line. “I think that every time the goalkeepers take things away from us to be able to take advantage of penalties. Before you could steal some other steps, they removed it. Then one foot has to be on the line, now I think I’ve seen that you can’t even move anymore. You can’t even touch the crossbar. So, they seem absurd to me, it loses the folklore of football, the emotion “he added.

In fact, the highest body in world football announced changes in the regulations for goalkeepers, something that many interpreted as meaning that he could no longer move or make gestures as Redmayne did. However, the normal indicates that it is valid, as long as it is done on the line, just under the three sticks. Before they were only asked for one foot on the line, but now they are asked for both, which complicates their options to save shots.

The former goalkeeper of the ‘bicolor’ spoke about Andrew Redmayne’s performance against Peru in the playoffs. | Video: Willax Sports

Pedro Gallese asked not to speak more about Andrew Redmayne because “he is going to believe that he is an archer” Paolo Guerrero in Brazil: the reunion with Diego de Flamengo and his training on the beaches of Rio de Janeiro Claudio Pizarro’s father clarifies his son’s visit to the concentration of Peru: “It was not his idea”