220 km/h at 3 meters high: the daring helicopter rescue from Azovstal 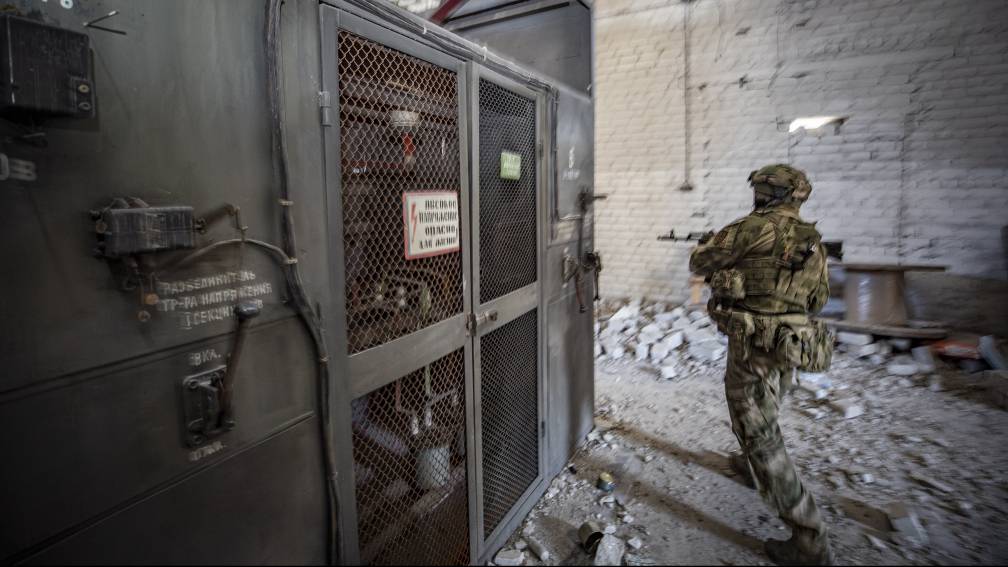 “We knew it could be one-way,” says a crew member.

Seven flights were carried out by Ukrainian forces to the besieged Azov stable factory in Mariupol, to deliver supplies and evacuate the wounded. Three flights did not return. AP news agency spoke for the first time with military personnel who were involved.

“It was very scary,” said pilot Oleksandr. “You saw the explosions around you and the next grenade could hit our spot.”

Lower than the treetops

The flights started after the first Ukrainian soldiers at the surrounded industrial complex surrendered to the Russians. It was impossible to relieve the thousands of soldiers who remained behind, but as long as they continued to fight, the Russians could not advance to other targets.

The government in Kiev therefore decided to fly in food, water, ammunition and medicines with helicopters and to evacuate the wounded on the way back. An extremely risky undertaking, which became even more dangerous as the enemy conquered more ground.

To avoid the Russian artillery, the helicopters flew low and fast: 220 kilometers per hour, sometimes no higher than 3 meters from the ground. Lower than the tops of the trees, with sometimes an outlier to the top to avoid electricity wires.

One of the men awaiting evacuation was Buffalo. He asked the AP news agency to only use his nickname, because he does not want to be accused of seeking attention while comrades in arms have been killed or taken prisoner of war.

The 20-year-old soldier was seriously injured when he tried to take out a tank with an anti-tank weapon on March 20. He was hit by a 120mm grenade. “I wanted to crawl into a cellar and die peacefully,” Buffalo thought as he came to next to a burning wreckage, but colleagues rushed him to a field hospital.

His left leg was totally disfigured, his right leg was injured and his back was covered in shrapnel. Still, Buffalo considers himself one of the lucky ones: at his amputation three days later, the anesthetics had not yet run out.

Full of gallows humor, he asked after the operation who would reimburse him for the ten tattoos he now had to miss.