Trump pressured officials: ‘There were no voices to be found’ 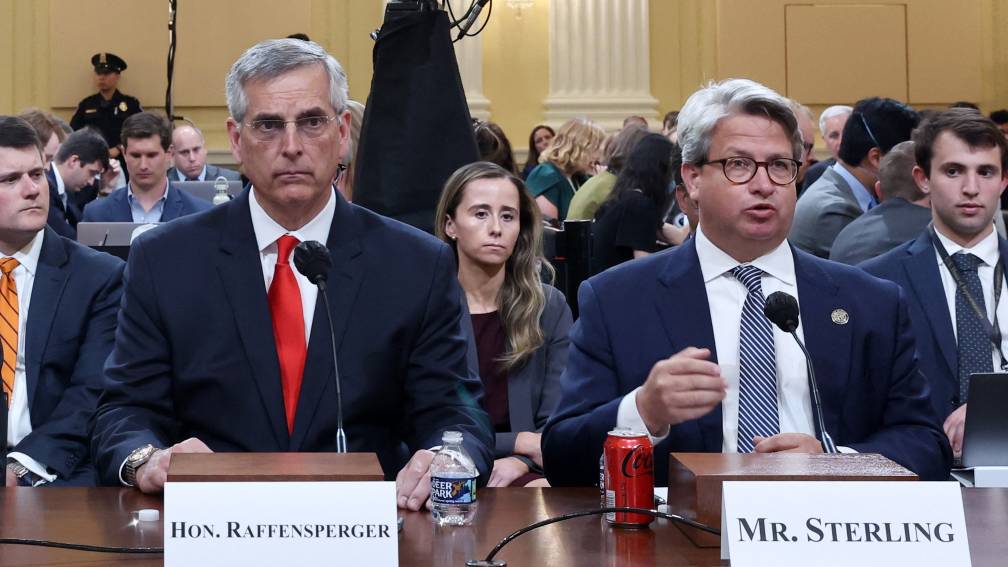 On the fourth day of the Capitol storming hearings, senior election officials detailed how they had been pressured by former President Trump ahead of January 6, 2021. The officials were responsible for counting the votes in the states of Arizona and Georgia in 2020, where the win went to Biden by a small margin.

Trump and his team of attorneys tried to convince officials that fraud had been committed. Evidence has never been provided and judges have brushed aside all objections raised by Trump and his team.

The pressure from Trump was greatest in the state of Georgia. Biden won there by a margin of 11,799 votes, so Trump in a poignant 67-minute phone call asked Georgia’s top election official to “find 11,800 votes.”

No voices to be found

“There were no votes because we had already done two recounts and Trump fell short on all counts,” said Brad Raffensperger, himself a Republican. He says he and his team have thoroughly investigated all the allegations, but Trump was not willing to accept it. Threats followed.

In the recording of the telephone conversation played during the interrogation this afternoon, Trump can be heard saying that Raffensperger is at great risk. That dishonesty and incompetence prevented them from finding the necessary number of votes. If Raffensperger insists there was no crime, Trump says that’s a very dangerous thing to say.

Raffensperger’s colleague, Gabe Sterling, stated how difficult it was to refute Trump’s false allegations. That people said they believed ‘with their hearts’ that fraud had been committed, regardless of the facts. Sterling stated that he was unable to convince even his relatives that the election results were fair.

Also among the witnesses was the Republican leader of the House of Representatives in the state of Arizona, Russell Bowers. In an emotional statement, he said Trump and his team had repeatedly pressured him to invalidate Trump’s election defeat in Arizona. Evidence of fraud was never given to him.

He was also instructed to appoint fake electoral votes to vote for Trump. He refused.

Bowers then came under heavy pressure. His office received at least 20,000 e-mails, voicemail messages and text messages containing threats up to and including death threats.

“It flooded our office and we couldn’t work, let alone communicate,” he said. He said the harassment continued after that. There were protests at his home and other threats. They also continued when his daughter was very ill. A man with a gun verbally threatened a neighbor.

“It was terrible, it was terrible,” Bowers told the committee. He stated that he had campaigned for Trump and also wanted him to be re-elected.

The hearing concluded today with the emotional testimony of two ballot box workers, a mother and daughter, who said they were destroyed by Trump and his lawyers. After the election, they were accused of embezzling ballot papers.

According to Wandrea “Shaye” Moss, her life has not been the same since then and she no longer dares to go out. By the weight of the words of the President of the United States. Her mother had to flee her home in the run-up to January 6 because, according to the FBI, her life was in danger.

None of the polling station employees where they volunteered have since gone back for fear that the same could happen to them. According to the committee, for example, intimidation still poses a danger to the democratic process.

“The system held up, but only just,” said committee member Adam Schiff in closing. “The question is whether it will hold up next time.”