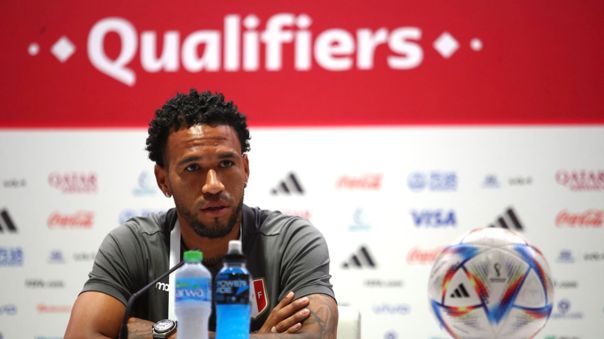 Pedro Gallese first referred to Andrew Redmayne. The Peruvian was consulted about the controversy of the member of the Australian team by throwing out his notes in full definition of penalties. The ‘Octopus’ asked not to speak more about the dancing goalkeeper, because he may think that he is a “goalkeeper”.

“I had studied it, just the help of the bottle and the leaf was something extra. I had it all in my head. I think we should not give much importance to that archer, I think we are mentioning him so much that even he can believe that he is a great archer. One we hit the post and the other covered it, I think he did the same as me because I also covered one. But wish him the best in the World Cup”, he began in a conversation with Canal N.

“We are a very strong group, it is his way of covering up, if his way of covering up is doing a little of those strange things, it only remains in him. I have always characterized myself as a serious goalkeeper, for giving a good image and yes, I will always be”, replied the ‘Octopus’ when asked about the Redmayne dance.

Pedro Gallese did not hesitate to refer to the permanence of Ricardo Gareca in the Peruvian team. “He is a coach who has taught us a lot, he has given the country a lot of joy and I hope he can stay.”

He also had words for his partner Luis Advíncula. “It was a little fever nothing more. ‘Lucho’ still has a lot to give us. He has the support of everyone, not only the group, but the country. He is a player who has given us a lot of joy, he has helped us a lot, he is a benchmark and he is one of the leaders of the team. He has to always hold his head high.”

“There have always been leaders who support us, the relatives, logically, the wife, the children, the parents are always there. So I don’t think anything bad has happened, ”clarified the national goalkeeper about the controversy of guests on the Qatar trip.

COMMITTED TO HIS TEAM

Pedro Gallese rejoined his club Orlando City days after the painful loss to Australia in the playoffs. As if that were not enough, the “Inca” started in the match with New England for Major League Soccer, in which he was outstanding.

“Great intervention by Pedro Gallese, who just two days ago was playing in Qatar with the Peruvian National Team. A great”, wrote the account of the league of the North American country accompanied by a video of the ‘Octopus’.

New England attacked down the left side. They leaked a pass for their striker, who luckily couldn’t reach. The ball continued to the goal of the ‘lions’, but the Peruvian was attentive, put his chest and then stretched to contain the ball.

Pedro Gallese lined up as a starter in Orlando City vs. New England.

Then, he started again in Orlando City’s victory over the Dynamo. Ercan Kara scored a brace and gave victory to the ‘Lions’, who rose one position and at the end of the day is in fourth place in the Eastern Conference. The Peruvian goalkeeper received a yellow card from the match judge.

This Friday Pedro Gallese and company will visit Cincinnati. The commitment will start at 6:30 pm (Peruvian time) at the TQL Stadium. His rival on duty comes from equaling 1-1 with Philadelphia and is eighth.