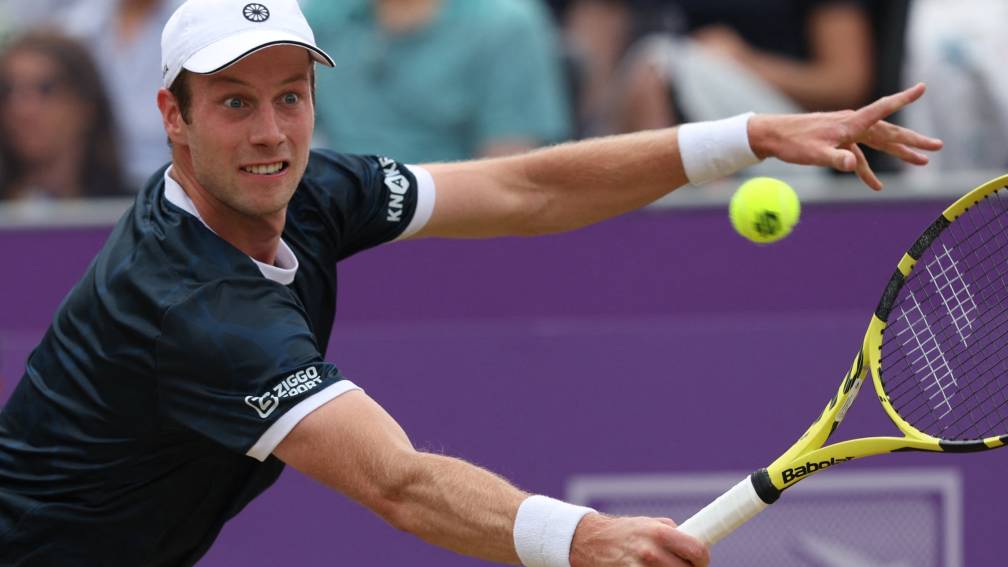 Still, Giron seemed to have some extra powers unleashed after he let out his anger. He placed the inevitable break in the third game of the second set, but that revival proved short-lived. Van de Zandschulp immediately broke back, helped by a dropout from Giron.

Then it was again Van de Zandschulp’s turn to share in the malaise, by handing in his serve with a double fault and moments later with a wild smash to hit the decisive point outside the lines.

Annoyance about own game

Van de Zandschulp did start the third set excellently, by scoring no less than ten points in a row. That good start led to a 3-0 lead, but Giron was then able to win three games in a row.

Van de Zandschulp was visibly more annoyed by his own game. At 4-4 he threw his racket after a missed smash, but he managed to pull the game to himself moments later.

It again turned into a tiebreak, which Van de Zandschulp started with his seventh double fault of the match. With a few risky strokes he tried in vain to bend that deficit. Giron made the last four points in a row and was able to win a match for the first time in almost a month and a half.