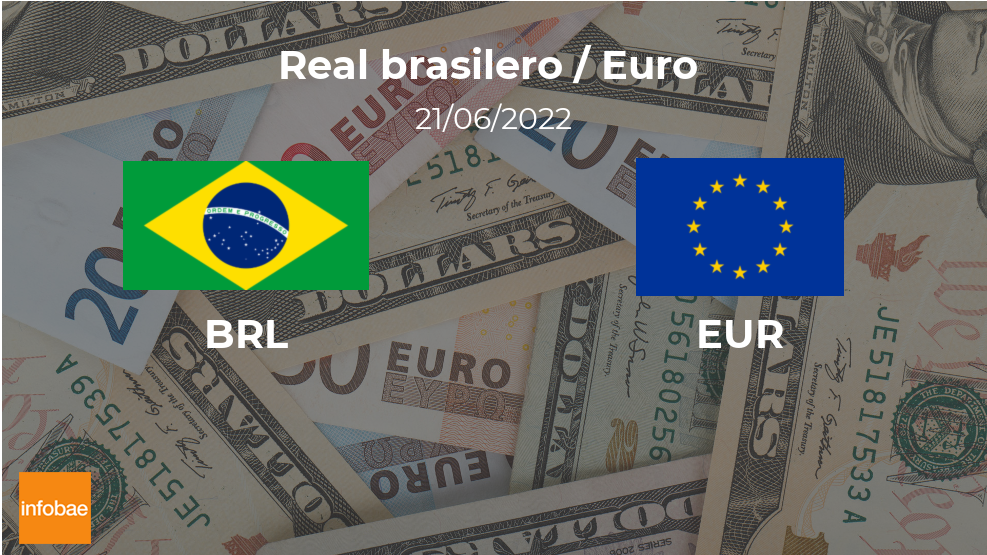 At the beginning of the day, the euro is paid at the opening at 5.46 Brazilian reais on average, so that it represented an increase of 1.05% if compared to the figure of the previous day, when it closed with 5.41 reais Brazilians on average.

Compared to the last week, the euro notes a rise of 2.38%; although in the last year it still maintains a decrease of 13.15%. Comparing this data with that of previous days, it chains four consecutive sessions of gains. The volatility figure is 13.2%, which is lower than the annual volatility figure (16.11%), which shows that its price is presenting fewer changes than usual in recent days.

Between crisis and uncertainty

The real, or the Brazilian real as it is known internationally, is the legal tender in Brazil and is the twentieth most exchanged currency in the world and the second in Latin America only behind the Mexican peso.

In force since 1994, the real replaced the “real cruzeiro” and its abbreviation is BRL; It is also the fourth most traded currency in the Americas, behind only the US dollar, the Canadian dollar, and the Mexican peso.

One of the moments that has marked the Brazilian currency the most was when in 1998 the real suffered a strong speculative attack that caused its devaluation the following year, going from a value of 1.21 to 2 reais per dollar.

Currently there are coins of 1 and 5 cents of copper, 10 and 25 cents of bronze and coins of 50 cents of cupro-nickel. The one real coin is bimetallic. It should be noted that in 2005 the one cent coins were discontinued, but they are still legal tender.

In the economic branch, the International Monetary Fund (IMF) made a cut of 1.7 percentage points in Brazil’s growth for this 2022, especially due to the deterioration of world conditions between high inflation and the SARS-CoV-2 pandemic .

It should be noted that the Brazilian economy, the largest in the Latin American region, entered a recession in the second quarter of 2021 and is forecast to remain stagnant throughout 2022.

Due to COVID-19, Brazil was forced to spend more money on stimulus measures (about 12% of GDP) to deal with the pandemic, which ultimately resulted in a budget deficit for 2022.