No quick accession to NATO for Sweden and Finland 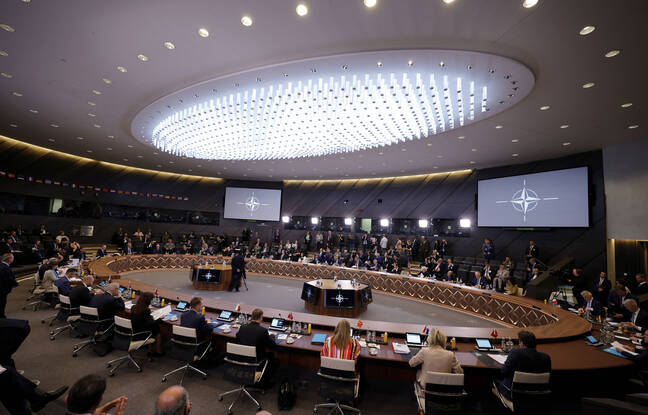 Despite “constructive” talks and “progress” with Turkey on Monday, a rapid release of the candidacies of Sweden and Finland to NATO promises to be complicated one week before an alliance summit in Madrid .

The rally scheduled in the Spanish capital from June 28 to 30 is not a “deadline” to decide on the candidacies of Sweden and Finland for the Atlantic alliance, said Turkey, which is blocking the opening of negotiations accession of the two Nordic countries.

“The talks will continue. The rest depends on the steps they will take,” said Turkish Presidency spokesman Ibrahim Kalin after a meeting in Brussels with representatives of Sweden and Finland. NATO Secretary General Jens Stoltenberg described the exchanges as “constructive”.

“Turkey has legitimate security concerns regarding terrorism, which we must address. We will therefore continue our discussions (…) and I look forward to finding a solution as soon as possible,” he said in a statement. On the Finnish side, the presidency welcomed “obvious progress” on certain issues. “The common goal is to continue the discussion as soon as possible,” according to Helsinki.

“Prepared for it to take time”

Before their historic decision to ask to join NATO, Sweden and Finland – as well as the NATO headquarters in Brussels – were counting on an express process of membership, with the hope that the necessary unanimity of the 30 current members would be displayed. from the Madrid meeting. But after the Turkish blockage, the two nations recognize that the situation has changed.

“We are prepared for this to take time,” Swedish Foreign Minister Ann Linde told the Swedish press on Monday from Luxembourg. Germany, however, on Monday minimized the consequences of a delay “of a few weeks”, believing that there would be no “insurmountable difficulties” to lift the blockage.

“Given the historical dimension” of the candidacies of Sweden and Finland, “it would not be a disaster if we needed a few more weeks” to reach a compromise, said a German government source. Turkish President Recep Tayyip Erdogan last Wednesday demanded “concrete measures” from the two Nordic capitals, Ankara asking for written commitments.

Turkey accuses the two countries – primarily Sweden – of supporting Kurdish groups like the PKK and YPG, both of which it considers “terrorists”. It also demands the lifting of arms export blockades decided by the two Nordic countries after the Turkish military intervention in northern Syria in October 2019, the tightening of Swedish anti-terrorism legislation and the extradition of several people whom she calls “terrorists”.

The thorny question of the Kurds

Sweden was one of the first countries to classify the PKK as a “terrorist organization” in the 1980s. But like many Western countries, it has expressed its support for the YPG, allies of the PKK in Syria who fought the jihadists of the state group. Islam alongside the United States in particular.

Stockholm has already made a few gestures, stressing in particular that joining NATO could change the position of its arms export authority with regard to Turkey. Sweden has also tightened its anti-terrorism legislation in recent years and a new tightening is due to come into force on July 1, Prime Minister Magdalena Andersson said last week.

But “there is a real conflict between Sweden’s vision of the Kurdish question and Turkish demands on Sweden,” said Li Bennich-Björkman, professor of political science at Uppsala University. This dilemma manifests itself in a very visible way in the role played in recent weeks by the Swedish MP of Iranian-Kurdish origin Amineh Kakabaveh, opposed to any concession to President Erdogan.

Because of the very precarious balances in the Swedish Parliament, his voice is essential to ensure support for the minority social-democratic government of Magdalena Andersson. The lawmaker threatened not to support the government’s budget on Wednesday, asking for a clear promise of an arms export embargo to Turkey. The role of this member could however diminish with the holidays of Parliament and especially after the elections of September 11th.