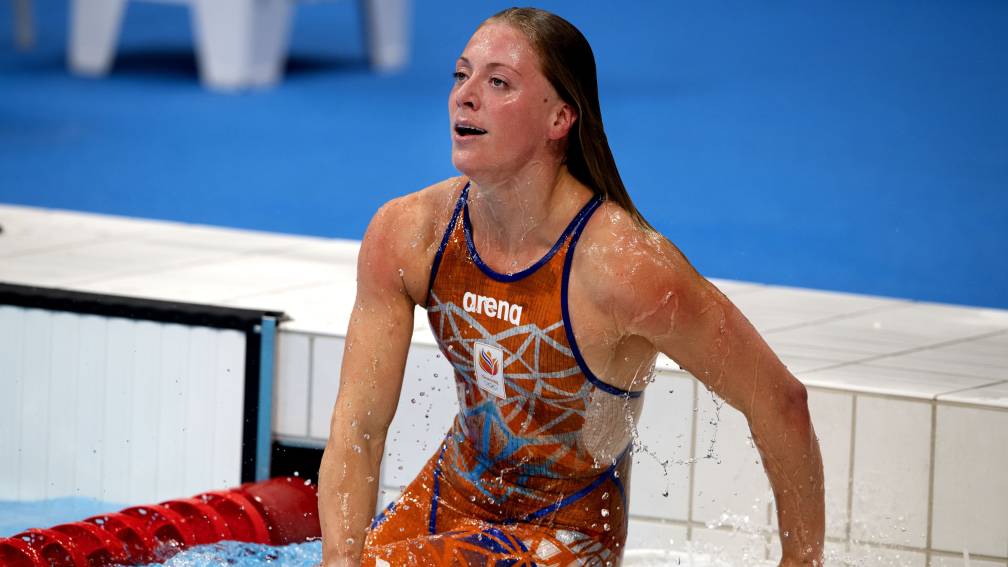 Kira Toussaint and Maaike de Waard convincingly qualified for the semi-finals in the 100-meter backstroke at the World Swimming Championships in Budapest. Those semi-finals will be played tonight, the final of the part is scheduled for Monday.

Toussaint (28) set the fifth time with 59.69. That is more than a second above her Dutch record. In two previous participations in a World Championship long track, Toussaint never got further than thirteenth place in the 100-meter backstroke.

The 25-year-old De Waard scored 1.00.46 in her series, which was good for the tenth time. She stayed more than half a second above her personal best that she swam in Budapest a year ago.

20-year-old American Regan Smith was by far the fastest on the field. With 58.31, the world champion in the 200-meter backstroke was more than half a second ahead of everyone.

Later in the morning, only Tes Schouten will come into action on behalf of the Netherlands. The 21-year-old talent swims the series of the 100-meter breaststroke.