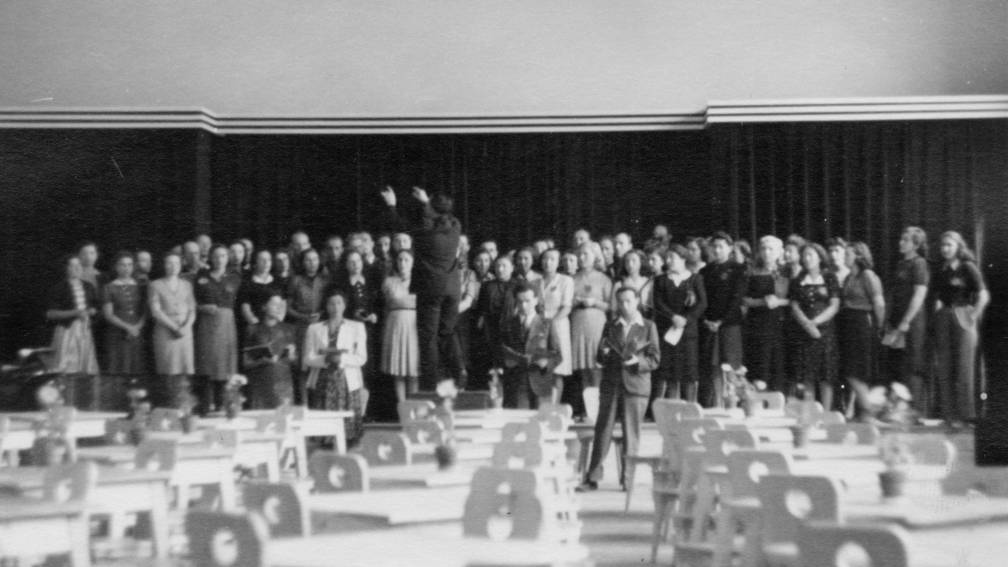 A survivor later said it was a huge challenge to face the Germans during the execution. “Verdi’s music is very powerful and menacing. We sang what we couldn’t say.”

With the Libera me (Deliver me) they sang for their liberation, and in the Dies Irae (Day of Wrath) for the choir members it was the Nazis who are punished by God on the Day of Judgment.

The camp leadership did not object. The Nazis used the requiem in their propaganda strategy to expose Theresienstadt to the outside world as a ‘model camp’, where the prisoners were well taken care of. “We don’t know to what extent the choir was aware that it was part of the German deception,” said Cohen. “At least they hoped the Red Cross would understand their message of resistance.”

But the Red Cross was not aware of anything. Before the organization was admitted to the camp, part of it had been refurbished and the Jewish prisoners, many of whom were intellectuals, writers, artists and musicians, posed in an ideal imaginary world, which in no way resembled reality.

And the propaganda worked. The Red Cross reported that the Jews in Theresienstadt “lacked for nothing”.

Which cities in France will boycott the World Cup?