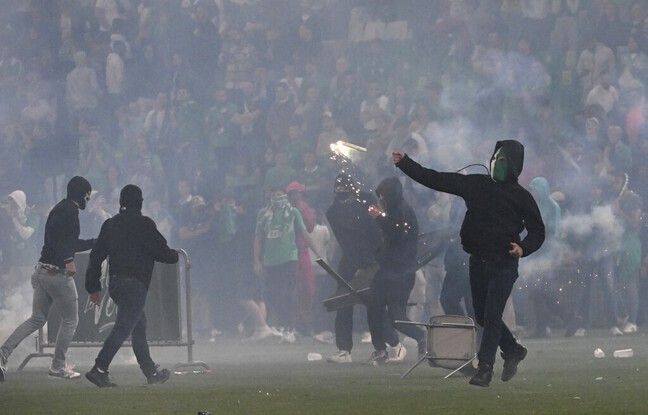 The president of the LFP, Vincent Labrune, wants to “get the criminals out of the stadiums”, after “the catastrophic season” for “violence in the stadiums”, he launched on the sidelines of the general assembly of the French Federation football (FFF), Saturday in Nice. “We have to change gear to respond more strongly,” he said to the representatives of the FFF.

“We are going to take our responsibility, the clubs must also take theirs and be aware that they must help us, as well as the public authorities” because “the League has no police power”, declared Vincent Labrune. “It bothers me to hear the ANS (National Association of Supporters) say that there are good and bad supporters, good and bad ultras, he continued. Words are important. There are supporters and criminals. We must get the criminals out of the stadiums. »

“A miracle that there was no death” during Saint-Etienne–Auxerre

Vincent Labrune thus evoked the incidents during the last match of the accession barrage between Saint-Étienne and Auxerre at the Stade Geoffroy-Guichard, where smoke bombs were fired horizontally towards a grandstand. “I was scared by what happened,” he said. It’s a miracle there was no death. I don’t want to know about a death in a stadium as president. »

In front of Noël Le Graët, the president of the FFF, Labrune called for “the responsibility of all”. “You have to be brave and put these criminals where they belong, not in stadiums,” he concluded. During his closing press conference, Noël Le Graët agreed. “We have regular meetings in common,” said the former president of the LFP. We will try to find strong arguments so that it does not happen again. We tried everything: closing the stands, suspending the club, deducting points. We still need to be more vigilant. »