Cuitláhuac García supported the FGE on the release of Del Río Virgen: “The victims were ignored” 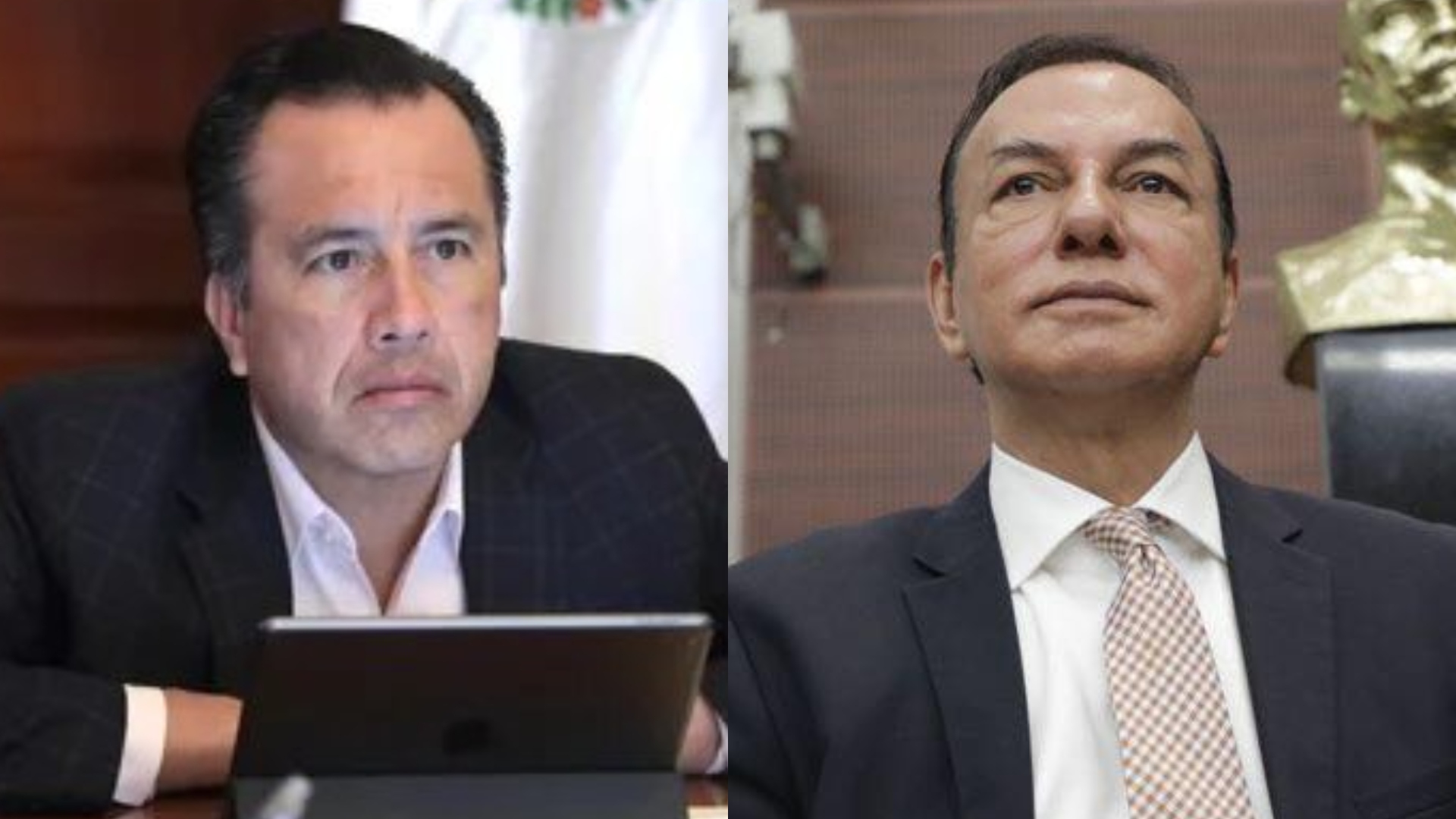 During the night of this Friday, June 17, the technical secretary of the Political Coordination Board (Jucopo), José Manuel del Río Virgen, was released after spending more than 100 days in prison.

Since a judge decided not to link him to the process under the argument that no evidence had been presented against his alleged mastermind in the murder of Remigio René Tovar Tovar.

The politician belonging to the Movimiento Ciudadano party was well received by his colleagues and Senator Ricardo Monreal who was one of the most active in requesting his release and celebrated the event through his Twitter account.

But also, the Attorney General of the State of Veracruz sent a message in which they expressed their disagreement regarding the case, since the prosecutor Verónica Hernández Giadáns pointed out that the amparo sentence was issued by majority vote and was not unanimous. 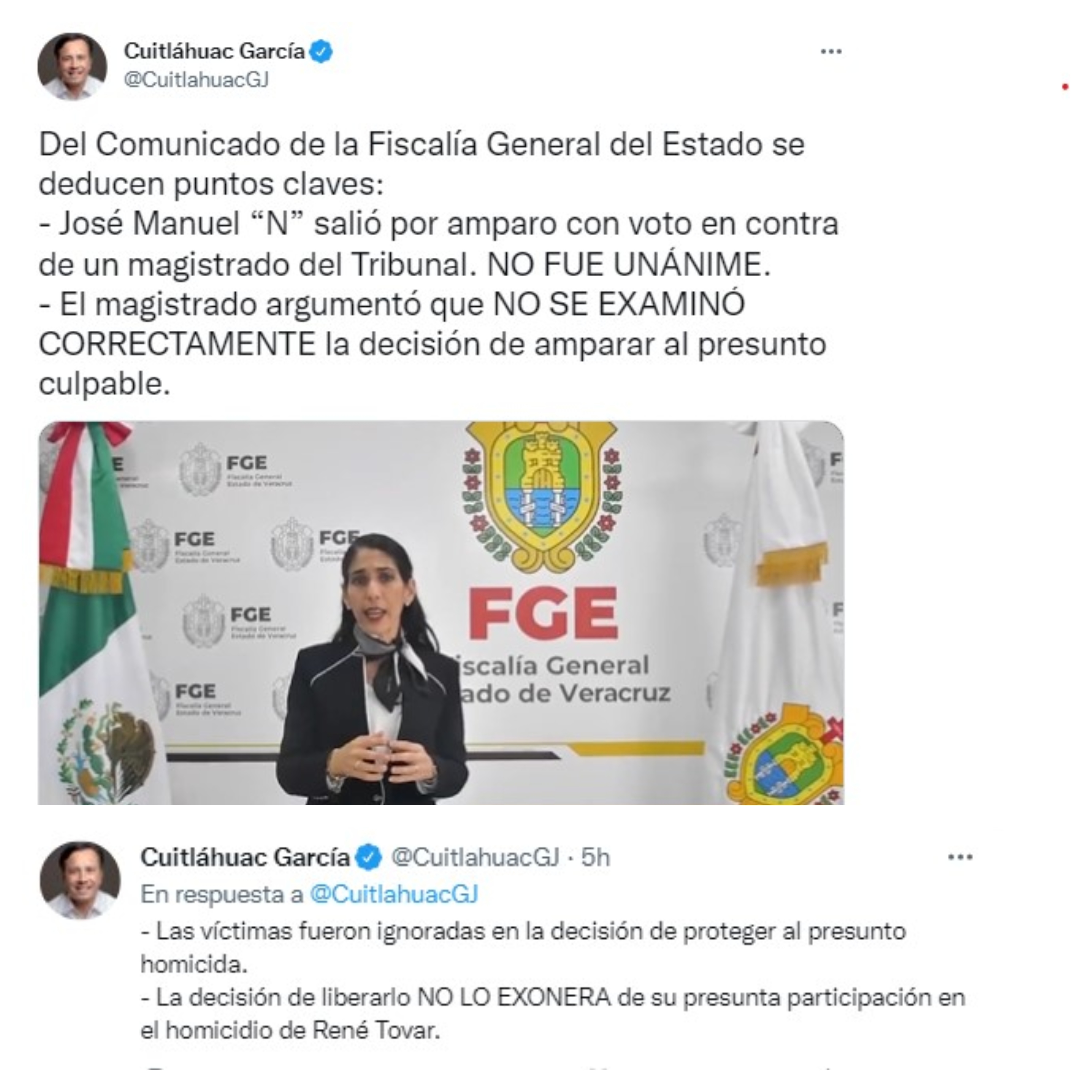 “This Attorney General’s Office, despite not sharing the criteria taken by the majority of the collegiate court, as an institution that is part of the rule of law, respects its resolution”

Shortly after, the same governor of Veracruz, Cuitláhuac García, emphasized what was stated by the prosecutor through his Twitter account.

In the publication, he stressed that “key points are deduced” from the statement: that the vote was not unanimous; that the amparo decision had not been properly examined; that the victims were ignored in the protection of the alleged murderer, and that the release “DOES NOT EXONERATE HIM” from his alleged participation in the murder of René Tovar.

“From the Communiqué of the State Attorney General’s Office, key points can be deduced: – José Manuel “N” left for amparo with a vote against a magistrate of the Court. IT WAS NOT UNANIMOUS. – The magistrate argued that the decision to protect the alleged culprit WAS NOT CORRECTLY EXAMINED. – The victims were ignored in the decision to protect the alleged murderer. -The decision to release him DOES NOT EXONERATE HIM from his alleged participation in the murder of René Tovar.”

In fact, several hours before, he also shared a fragment of the session in which one of the magistrates, Martín Soto Ortíz, reiterated his disapproval of the decision made by the other magistrates. “The magistrate was against the court’s resolution, it is striking that the interest of the victim was not addressed and there was no in-depth study,” the Veracruz governor wrote. 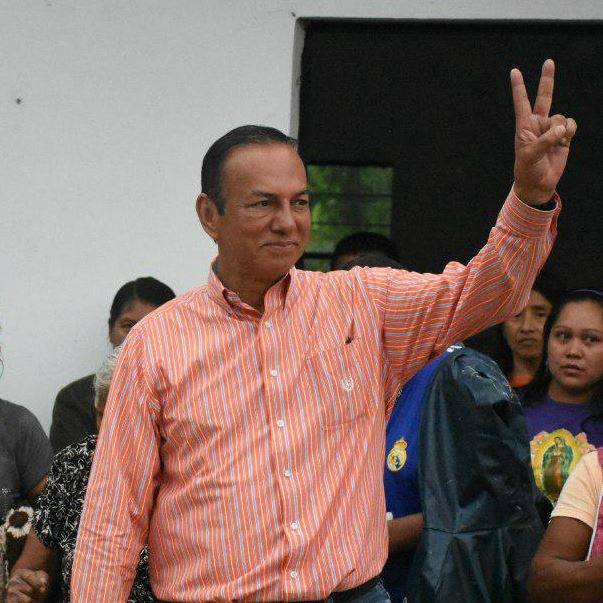 Similarly, before the release was given, Cuitláhuac García had expressed his disapproval and assured that it was a release twisting the law for a “wealthy friend” and hoped that the federal judiciary could correct the course of the case.

And although he did not clarify who it was, social network users hinted that it was Ricardo Monreal.

“It is unfortunate that some federal judges insist on twisting the law to suit the alleged murderer just because he has a wealthy friend. The good part is that this “good friend” has already been unmasked, serving corruption. Hopefully the federal judiciary corrects the course, “said the brunette.

On the other hand, Del Río Virgen declared before the assembled media that he felt good despite the fact that “justice takes time, but it arrives.” And he recalled the crime against René Tovar and assured that “justice will be done for the murder.”