They celebrated birthdays inside a nightclub and a gunman unleashes terror by shooting the subject who pushed him: three seriously injured 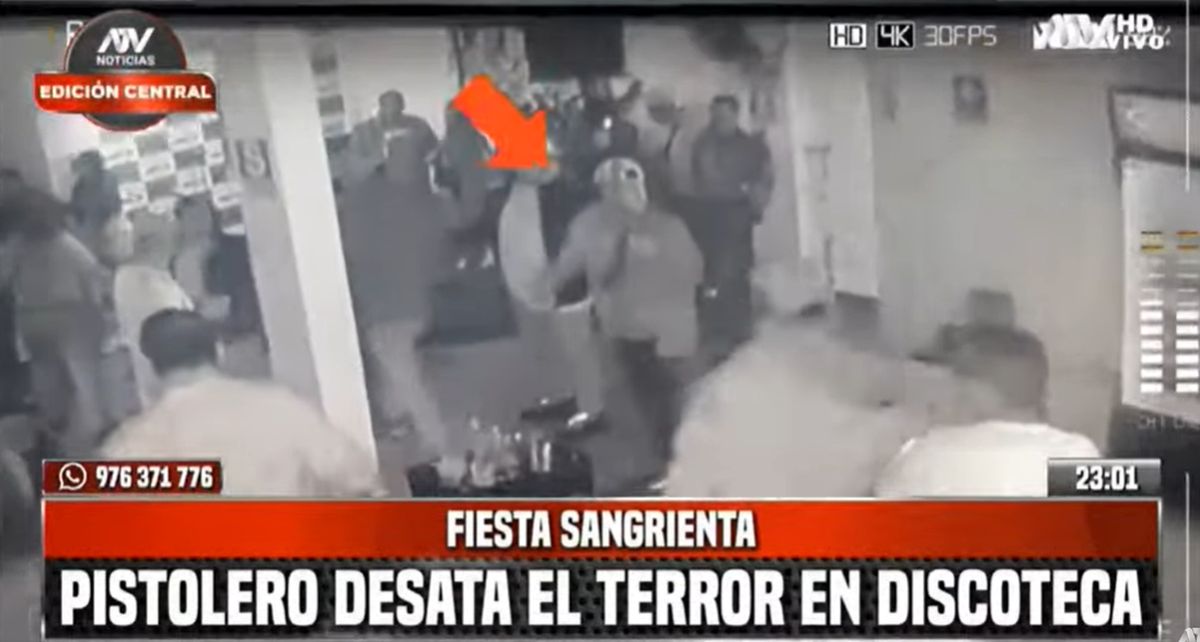 They celebrated birthdays inside a nightclub and a gunman unleashes terror by shooting the subject who pushed him: three seriously injured

What seemed like a night of fun turned into a terrifying event. This is due to the fact that in a nightclub in San Juan de Miraflores a subject pushed another man, which sparked a huge row.

After this fact, other subjects intervene in the fight seeking to calm things down, but to no avail. The situation gets out of control and there are blows, shoves generating chaos in the disco. In the midst of this chaos, someone draws his gun and shoots to kill.

Now, with this event, it is all against all and the enraged gunman seeks to end the attack, but a group of men stop him.

With a gun in hand, said subject leaves the premises located at the intersection of Alipio Ponce and Triumph avenues, but far from calming down, he is known by the name of Pepe, wields his pistol and continues shooting wildly to kill.

Inside the nightclub, the violence continues, as bottles are used as a weapon and even boxes of beer are thrown that hit a man in the head.

Due to the excessive consumption of alcohol, the situation becomes uncontrollable, the bottles keep flying and the bullets too. An assistant takes refuge behind the column and thanks to the nightclub’s surveillance cameras it can be seen how there is a pool of blood on the floor of said establishment.

One of the wounded is dragged inside the nightclub, the image is very strong and it is also seen how two young people who are injured limping as a result of the shots and helped by other people ask for medical help.

Despite the fact that a party ended in a bloodbath as a result of the shooting, happily so far it has not left any deaths.

A birthday ended in a bloody party and the question is this, who goes to a party with a gun? Due to this, the place where the events took place was closed.

A night of celebrating life turned into a tragedy, since around 3 in the morning, a man in a white cap bathed the party in blood when he left three people seriously injured with a gun in his hand.

An ATV team managed to enter the facilities of the José Casimiro Ulloa Hospital, where Luis Alberto Villar Albarrán is located, who details how the events occurred. “A man was scratched at a party that was held at my place. I hired a boy to have a party for him and I was shot, well, ”were the first words of the victim.

“Looks like they’ve been arguing with another speck. They tried to appease him, but he came to him and pulled out a gun,” he added.

The ATV cameras also entered the premises, where blood stains are seen on the stairs and the main hall is also bloody. Also, liquor bottles look half full. The premises were closed, the authorities were barely informed, at least until the facts are resolved.

Lima Provinces: Face-to-face classes are suspended on Monday, April 4 and Tuesday, April 5 due to carrier strikeBusinessman dies of heart attack in an ATM after being scammed through a cloned website in LimaA fire is registered in the Dirincri in the Center of LimaMinimum salary: This says the supreme decree announcing the increase in the minimum vital remuneration